IPS, TN or VA: What’s best and why? We explain how screen technologies work, and the characteristics to look out for.

PC monitors and laptop screens come in all manner of shapes and sizes, but at their heart nearly all have one thing in common: an LCD panel. But not all LCDs are created equal. Some are better for gaming, some offer better contrast and some produce more accurate-looking colours. So, which is the best LCD type for your needs?

IPS vs TN vs VA – Pros and Cons

We’ll get to how the technology works below, but what you probably want to know off the bat is which technology is right for you. Here we’ll break down the main characteristics of each type: IPS, VA and TN.

Both IPS and VA have two main advantages over TN panels. The first is that they offer much better viewing angles. In other words, you can view both VA and IPS panels from far shallower angles and still be able to see what’s on-screen without much, or any, colour degradation. This is quite a big deal. 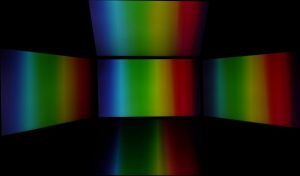 VA panels don’t tend to be quite as good as IPS, and as a result there can be a somewhat noticeable variation in brightness when viewed from different angles. ButIPS suffers from what’s known as ‘IPS glow’. This is where the backlight of the LCD shines through when the display is viewed from a certain angle.

IPS glow can be distracting in darker scenes

You shouldn’t normally notice this unless viewing from an extreme angle, but it can sometimes be seen in the corners of large displays, particularly if they’re not manufactured to a high standard. Some users are particularly bothered by this; for most it’s all but unnoticeable in general use.

Another advantage of IPS and VA panels is that both tend to present better colour reproduction – again, because they simply have a more controlled and precise ability to manage the light that passes through.

You can read more about colour reproduction in our colour gamut explainer.

As for other differences, IPS tends to have a faster response time than VA since its crystals don’t have to tip over and then twist as they do with VA (see below). You can get fast-refreshing gaming monitors that use VA, but they offer a poor experience due to the slow pixel response time. IPS is slower than TN, but can be fast enough for responsive gaming.

Meanwhile, VA’s last hurrah is contrast. Since its resting state blocks light, its black level is the lowest of all LCDs, yet it can still produce bright colours when needed. A typical IPS or TN panel will have a contrast of 1000:1 or lower. VA panels can double that. This is the reason VA tends to be the best choice for TVs, where a deep black level is important for enjoying movies.

As for TN, it isn’t all bad news – it has a couple of key advantages. The first is that it’s easier to produce so can be used to make cheaper monitors.

The second difference is that it’s by far the fastest to respond. While VA panels struggle to get below a 10ms response time and the fastest IPS panels claim a 4ms response time, TN can be as low as 1ms. This is the reason TN panels still dominate in the gaming arena, since the quicker response time makes for a far clearer picture when there’s fast movement on-screen.

IPS vs TN vs VA – Which should you buy?

After reading the above, you may feel like choosing the right LCD panel type is a bit of a nightmare. However, the choices are quite clear.

If you’re after a monitor that offers great image quality for day-to-day work and image editing, but aren’t particularly bothered about super-competitive gaming, then go for an IPS screen. They deliver the best all-round experience for work and play, and you can still get gaming IPS monitors that refresh at over 100Hz, making them nearly as good as the best TN gaming screens. 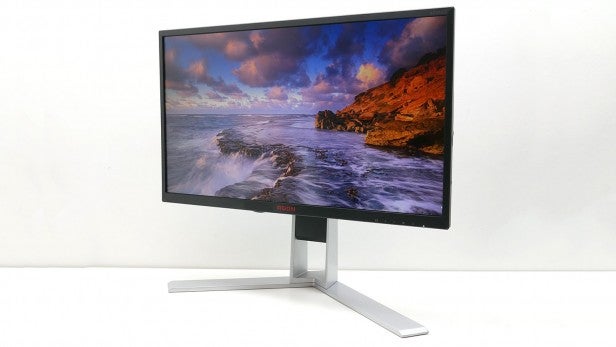 However, if gaming is your be-all and end-all then TN is the way to go. Not only are they the most responsive – with the latest displays having refresh rates of 240Hz – but they also tend to be relatively affordable.

That leaves VA, which is the least suited for fast-paced gaming and isn’t as good as IPS for most day-to-day computing such as reading emails, browsing the web and writing documents. However, great contrast levels means it’s the best for watching video and playing some games. So, if you’re looking for a screen to be part of a a multimedia hub then VA might suit your needs.

LCD stands for liquid crystal display, which refers to the substance used to make the panels of pixels in monitors.

Liquid crystal is a material that’s somewhere between a liquid and a solid crystal, so it can flow but the molecules remain somewhat aligned. As is the case with solid crystals, these aligned molecules can do clever things with light, refracting or bending it as it passes through.

By manipulating the alignment of the molecules – by applying a small voltage to the liquid crystal – the direction and polarity of light passing through the crystal can be controlled.

In the case of LCDs, a grid of pixels made from liquid crystal is sandwiched between two polarising filters and placed in front of a backlight. As light passes through this assembly, it’s either blocked by the second filter or allowed to pass, depending on the orientation of the molecules in the liquid crystal. Vary the voltage and it varies the orientation of the molecules.

This basic principle is what controls the pixels of any LCD panel. Split each pixel into three and add colour filters for red, green and blue and you have yourself a colour LCD screen.

The original and most basic version of a modern LCD is TN, or twisted nematic. This has the polarisers arranged at ninety degrees to one another, so that – normally – no light passes through them. However, the resting state of the crystal has the molecules arranged in a helix, which twists the polarisation of the light as it passes through, in turn allowing it to pass through the second filter.

When a voltage is applied to the liquid crystal the molecules point directly towards the viewer, so no longer twisting the light, resulting in it being blocked by the second polarising filter. TN works well enough, but famously suffers from poor viewing angles (see above), which is why alternative models were developed.

The most famous of these is IPS, or in-plane switching. Here the polarising filters are in the same orientation so that light is blocked when the crystal is in its resting twisted state, rather than allowed to pass through as it would in TN. Then, when activated, the crystals line up in the same direction as the polarising filters and parallel to their surface: for instance, when switched they’re in-plane. 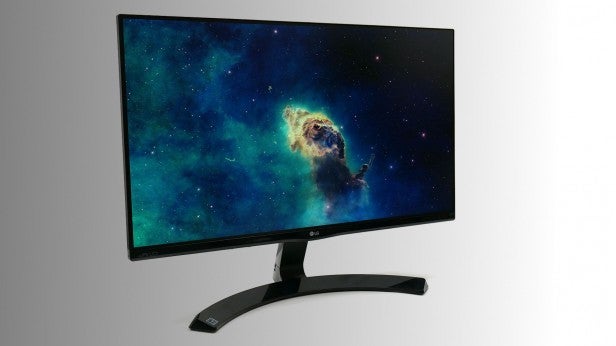 There are several variations on IPS, such as S-IPS and H-IPS, that use slightly different pixel structures and layouts, and have optimisations for faster response times – most displays that are referred to as IPS are in fact S-IPS panels – but the fundamentals are the same.

Samsung has also developed PLS as an alternative to IPS. It’s basically a reworking of the technology that allows Samsung to manufacture the panels without infringing on existing patents.

The other most common variant is Vertical Alignment (VA). Here the crystals are arranged perpendicular to the polarisers, which are again orientated at right-angles as they are with TN. As such, in its resting state a VA panel blocks light as the light isn’t being twisted. When a voltage is applied the crystals tip to a more horizontal position and twist, allowing light to pass through.

There are also a couple of variants of VA, such as MVA and PVA, where the crystals tip in different directions so that the resulting image is less dependent on your viewing angle.