Samsung Galaxy S9 vs iPhone XS: How do the iOS and Android flagships compare to each other

Putting the Samsung Galaxy S9 vs iPhone XS and deciding which one you should buy out two of the biggest flagship phones of 2018.

Apple’s latest devices are now available to buy. You’ve got the iPhone XS, iPhone XS Max and Apple Watch 4. Plus there’s the iPhone XR coming in at more affordable price.

But how does the iPhone XS compare to the Samsung Galaxy S9?

Both flagship devices are constructed from metal and glass, but that’s where the similarities end. The Samsung Galaxy S9 is all curves and slopes, whereas the iPhone is flat and rounded.

The stainless steel rim of the iPhone XS is made to be seen, while the aluminium rim sandwiching the front and rear of the Galaxy S9 almost melts into the glass. 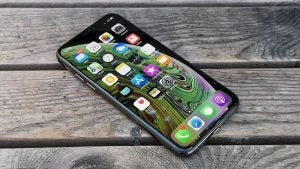 Another difference between the two devices can be seen on the front. The iPhone XS adopts the notched screen, featuring a cut-out at the top that contains the front-facing camera. The Galaxy S9, on the other hand, extends the bezel slightly to fit this functionality inside the rim. Not everyone will love the notch since it impedes what’s on the screen. Personally, we prefer the approach taken by Samsung.

The other reason Apple opts for the notch solution is the sheer amount of tech required for its Face ID facial recognition to work. Apple has completely ditched all other forms of biometric security, so the only way of unlocking the iPhone – other than a PIN – is with your visage.

Focusing on one form of security means that Apple’s solution works far better than that of Samsung. Both the iris scanner and face recognition on the Galaxy prove hit or miss. Samsung does also have a fingerprint sensor, which some users will appreciate.

Both handsets pack water-resistant IP68 bodies and Qi wireless charging, plus speakers that push the sound towards your face. The Galaxy S9 is the only one of the two to boast a headphone jack, however.

Powering the Samsung Galaxy S9 is a selection of top-end specs: Snapdragon 845/Exynos 9810 CPU (depending on which part of the world you’re in), 4GB of RAM, a modem with support for Gigabit LTE, and all the latest Bluetooth and Wi-Fi standards. There’s also a slot for expandable storage – a feature you’ll never see on an iPhone.

Another high-end spec is the screen. On the front of the Samsung Galaxy S9 is a 5.8-inch OLED panel with a QHD+ resolution, offering 1000 nits of brightness, and support for HDR from Prime Video, YouTube and Netflix. It’s a glorious display that’s one of the best around. There’s a larger Galaxy S9 Plus available, too, sporting a 6.2-inch screen.

The iPhone XS also uses OLED tech for its display and, again, is available in two sizes. There’s the regular iPhone XS with a 5.8-inch display and the larger iPhone XS Max with a 6.5-inch screen. Like the Galaxy S9, these devices support HDR through the Dolby Vision format.

The iPhone XS (and the XS Max) runs the new A12 Bionic 7nm chip from Apple, along with 4GB RAM and comes with storage ranging from 64GB to 512GB.

Both phones are fast and will manage any app you throw at them from the respective App Stores, However, the newer tech inside the iPhones does give it the edge and, we predict, will last longer, This should also be helped by the frequent updates you get from Apple, something which can’t always be said for Samsung’s version of Android.

Again, both phones have enough graphical grunt to play high-end and graphically intense games. If you’re big into Fortnite though you might be interested to know the iPhone XS, XS Max and XR can all play the online shooter at 60fps, while the S9 (and all Android phones) are capped at 30fps.

Battery life in any of these phones isn’t anything special. Each of them can make it through the day, however the S9 packs a fast charger in the box which juices it up a lot quicker than the iPhone. Honestly though there are better phones out there for endurance. The Huawei Mate 20 Pro is a great example of this. 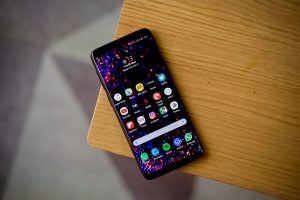 Both the iPhone XS and Samsung Galaxy S9 have voice assistants in Siri and Bixby respectively, with the S9 also able to double-up as a desktop computer thanks to DeX.

The biggest update the to Samsung Galaxy S9 has been its camera. The 12-megapixel sensor has a variable aperture lens that can switch between f/1.5 and f/2.4, depending on the environment and what you’re shooting.

This is clever, and it works well in practice. If the room you’re shooting in is dark, the lens will open up to f/1.5 and let more light into the sensor, resulting in a brighter picture. When the light is better, the lens will shrink down to f/2.4.

The Galaxy S9 also supports 4K video at 60fps, super slow-motion recording, and features an 8-megapixel camera around the front for selfies. It’s a decent camera setup, but one that even so has been beaten by the Google Pixel 3.

The camera also happens to be one of the biggest areas of improvement for the iPhone XS and it’s a lot better than the camera on the Galaxy S9.

You’ve still got two 12-megapixel sensors, one for regular photos and one for zoomed shots. The front-facing 7-megapixel camera is also faster than the iPhone X and it can now shoot video with stereo-sound.

Like the Google Pixel 2, the iPhone XS uses computational photography and the neural engine inside the A12 Bionic to power the new Smart-HDR mode. This takes multiple shots as soon as you open the camera app and it’ll even shoot a few overexposed shots to improve the highlights and shadows.

Both phones have a portrait mode and they both allow you to alter the strength of the bokeh effect in post-production.

Snaps from the iPhones are more pleasing to the eye than the S9, which we find boosts colours and saturation just a little bit too much. Your opinion might vary though and there are some in the Trusted Reviews office who prefer the more vibrant S9 photos. 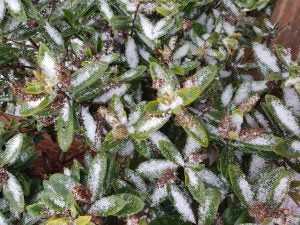 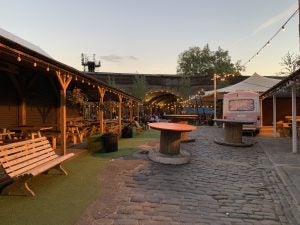 (iPhone XS Low-light shots are good thanks to the bigger pixels. But it does sometimes try to brighten the sky too much)

For more samples check out the reviews of each of these phones.

When it launched in April 2018, the Samsung Galaxy S9 retailed for £749 for the regular version and £869 for the larger Plus-sized version. As has time has passed though the price commanded by the Galaxy S9 has dropped. Currently, on Amazon, you can pick up the S9 for £499 – that makes it a much more tempting proposition. If you want the Galaxy S9 Plus that can be had for £699.

Neither of these phones is a huge update over their predecessors, but they still have upgrades to important aspects, such as the camera.

The iPhone XS has the Galaxy S9 beat in the camera and performance department, however they’re the only areas where it comes out as comfortable victor. Both have tremendous screens, swish designs and nice extras like Qi wireless charging and IP ratings. The S9 stands out with the headphone jack and included fast charger, though.

But really it does come down to price. If you’re not fussed about iOS then you’re getting a great deal with the S9. Available at much cheaper prices now, it offers serious bang for your buck.