UPDATE: Apple is considering bringing out a gold iPhone X in Q3, according to a new report from Japanese site Mac Otakara.

The blog hasn’t added any precise additional details on top of tipster Ben Geskin’s recent ‘Blush Gold’ iPhone X leak, but its report pours cold water on optimistic rumours that the handset would be shown off at Apple’s education event this week.

Notch aside, the iPhone X impressed across the board when it launched last year, and fashion-forward phone fondlers could soon be in for a new treat – if recent rumours of a new ‘Blush Gold’ iPhone X colour option prove accurate.

There’s nothing particularly new here. The iPhone X’s design appears unchanged (as you’d expect), and the introduction of a ‘Blush Gold’ option probably won’t surprise Apple fanciers, as the firm has released visually similar ‘Rose Gold’ versions of the iPhone and iPad in the past.

However, it’s still something to get excited about, especially with a largely unexpected Apple March event just around the corner.

Apple is being linked with a host of new product reveals at its March event.

We reckon the new iPhone flavour might be saved for WWDC 2018, though, where it would sit more naturally alongside the (all-but-confirmed) launch of iOS 12.

That said, we wouldn’t be surprised if the education-themed gathering saw new 2018 iPads revealed, in particular a cheaper 9.7-inch iPad. An updated Apple Pencil could well join the fray, while MacBook refreshes remain a possibility. 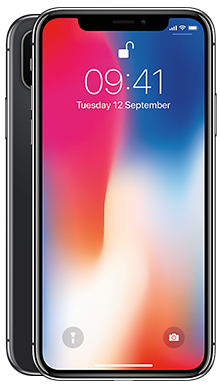 Get the first of Apple's bezel-less iPhones, boasting its stunning 5.8-inch Super Retina immersive display on one of EE's feature packed plans.

Apple will hold its March event on Tuesday March 27 at a school in Chicago. Rest assured we’ll be covering all the news as it happens, so look no further than Trusted Reviews for all your Apple March event coverage.

Would you buy a ‘Blush Gold’ iPhone X? Tweet your thoughts to us @TrustedReviews.