A new analyst report has claimed that Apple has cancelled its plans to launch a successor to the iPhone SE, the iPhone SE 2. But does the unreleased model deserve this fate?

I love my iPhone SE. It’s 4-inch screen might be minuscule by today’s standards, and its A9 processor is creaking under the weight of iOS 11.4 (something that I’m hoping iOS 12 might fix), but otherwise it still does everything I need it to in 2018.

After all, the hardware revisions that Apple’s introduced in the years since the 2016 iPhone SE have felt like incremental upgrades rather than revolutions. The SE has a fingerprint scanner so it’s not too old to be able to do Apple Pay, and I’m not sold on the non-tactility of the iPhone X’s Face ID tech.

Even force touch isn’t something I ever hear people refer to as a ‘must have’ feature. I occasionally see it mentioned in the release notes of an App update, but other than that I’ve pretty much forgotten that it exists.

Apple is a premium brand that’s never been too concerned about putting out affordable products, so it’s unusual that the SE has stuck around as long for as long as it has. The budget iPhone 5c was phased out pretty quickly after it arrived, and even the SE was snuck out at one off event in March 2016 rather than appearing at one of Apple’s traditional September phone announcement events.

But despite being the runt of Apple’s litter for so long, I’ve always appreciated the now-retro stylings of the SE. I love a device with chunky edges, so for me the iPhone 4 and 5 eras were Apple’s phone design peak. Subsequent phones may have looked sleeker, but something about those severe edges felt futuristic in a way the iPhone 6 and its ilk could never manage. 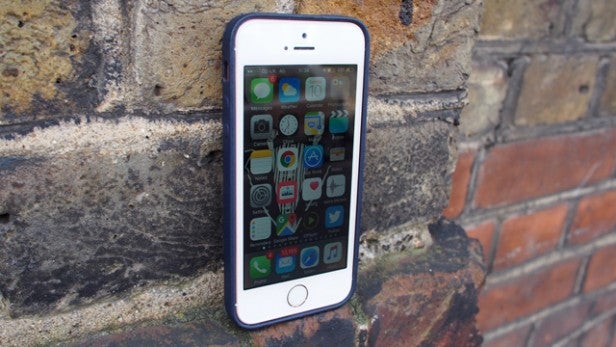 The only phone to have scratched this itch in the same way since is the Razer Phone, but its massive gaudy Razer logo and black and green colour scheme were crimes against design in their own rights.

And then there’s the headphone jack. It’s removal with the iPhone 7 provoked outrage at the time, but like many of Apple’s ‘controversial’ decisions (see also: the display notch) it was quickly adopted by numerous other smartphone brands, and has now become an accepted feature (or omission) from most major handsets.

Yes, like most people I now use wireless headphones 90% of the time, but that final 10% is when I really need my phone to be ready to compromise, and I don’t appreciate having to rely on a dongle when I do.

Really, the only pain points for me with iPhone SE are its lack of waterproofing and camera, both of which have seen massive improvements with the iPhones released since.

It’s nothing major, but it’s the kind of thing that starts to make you think about upgrading after a couple of years.

Time to move on?

Strangely, both Apple and myself might be readying to part ways with the iPhone SE at a similar point. Analysts are reporting that Apple has shelved its plans to produce a follow up, while my reasons for moving on have more to do with a hardware fault that my phone has developed (and which is currently being repaired).

As I’m writing this I’m currently using a OnePlus 5T as a replacement device. It’s by no means a bad phone, but while I anxiously wait for my SE to return I’m unwilling to get too invested in it. It feels like when you’re staying for a long weekend in a hotel and refuse to unpack your clothes into the wardrobe — you put off the pain of getting invested despite knowing that it would be easier than living out of your suitcase.

Then there’s the fact that jumping from a 4-inch to a 6-inch phone is a big change to adjust to. My hands literally don’t know how to deal with this massive slab of Android.

At this point I’ve given up on getting an official follow-up for the iPhone SE from Apple. For months it felt like the iPhone SE 2 was just around the corner, but more recently it seems like Apple has a trio of iPhone X-style devices coming in 2018. 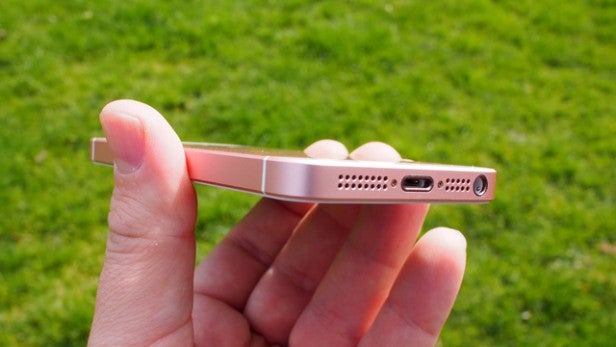 It’s probably for the best. I don’t even know what an iPhone SE 2 would look like in 2018. The original made sense because it was continuing the legacy of the iPhone 5’s design while Apple’s mainstream devices moved into the iPhone 6 era.

But in 2018 it would feel archaic to produce another phone with the dimensions of the 5, barring perhaps combining it with the notched screen of the X.

What I’m trying to say is that it’s time for me, Apple, and pretty much everyone else to let the iPhone SE go. It had a good run, but as Apple moves more and more towards using OLEDs screens in their phones, it might be enough for a budget phone to make do with an LCD panel and call it a day.

Do you think the iPhone SE is due to be retired? Let us know @TrustedReviews.