But with the iPhone 11 still oh so tempting, you may be wondering how the two phones compare and which is best for your specific needs and budget.

Here to help you make the right purchase, we’ve created a definitive guide detailing four key things to keep in mind when picking between the new iPhone SE 2 and iPhone 11.

It’s no secret, over the last few years the average phone has been getting bigger. Phones we’d once have called phablets are now considered average-sized.

Which is why the iPhone SE 2’s dinky dimensions may be a key selling point, if you’re a person afflicted with the curse of small hands, or just want a blower that’ll comfortably fit in your skinny jeans. Measuring in at 138.4 x 67.3 x 7.3mm and featuring a 4.7-inch screen the iPhone SE 2 is one of the smallest phones you can get at the moment.

But be warned, though the new iPhone SE 2 is tiny, it doesn’t have quite as polished a design as its larger 6.1-inch sibling, the iPhone 11. The phone features chunky, slightly retro-looking bezels around its sides. It also has an old school chin and forehead, that’s even less dignified than the iPhone 11’s giant notch front camera housing.

The iPhone SE 2 may look a little old school, but its hardware is surprisingly similar to its larger sibling. Under the hood, it runs using the same A13 Bionic chipset and iOS 13 software.

This means it’ll be up to snuff for triple-A and AR mobile gaming and pretty much any task you throw at it, at least on paper. The chipset also means it supports Wi-Fi 6, which will be a boon if you’ve just bought a shiny new router that supports the new standard.

The screen is lower res than the iPhone 11’s, but it still supports HDR and Dolby Vision, which is great news for Netflix and Amazon Prime streamers. 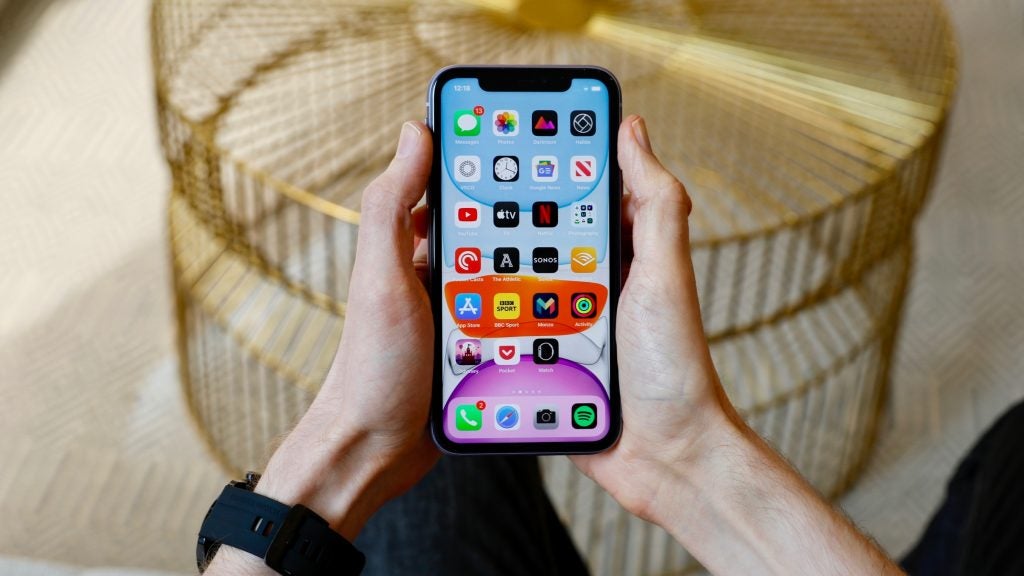 The only real shortcoming for a hardware perspective is the new iPhone SE’s single sensor camera setup, which looks a little old school compared to the iPhone 11’s dual-sensor arrangement.

That said, we wouldn’t rule the single sensor setup out yet. Google proved single sensor cameras can compete with dual-sensor arrangements time and time again with its Pixel line of phones.

Despite being super cheap and having a single sensor, the Pixel 3a is still one of the best camera phones you can get in its price point. The only area they generally struggle is portrait shots, where the added depth data gathered from multiple sensor setups shines through.

So we’re going to reserve judgement on the new iPhone SE’s 12-megapixel, f/1.8 aperture wide-angle rear camera until we’ve had a chance to test it.

You should also strongly consider your budget when picking between the two.

These days the base-spec iPhone 11 will set you back by £729. The base 64GB model of the new iPhone SE 2 will cost you £419 by comparison. Considering how competitive its specs list is with the iPhone 11, that’s pretty good value.

What’s more, with the iPhone 12 set to be unveiled in the not too distant future, the iPhone 11’s time in the sun is coming to an end, and it’ll likely be made even cheaper reasonably soon. So it’s not really an ideal time to invest in it.

Curious about how the iPhone SE 2 compares to another phone? Then check out one of our other vs guides.