Apple has just unveiled a fantastic value iPhone SE 2 handset – but if you’re a stranger to iOS, what are the best alternatives to the budget device?

The iPhone SE 2 is a rare foray into the mid-range market from Apple, with high specs that belie the low price tag and are likely to see it become a smash hit. For £419/$399 you’ll get a world-beating A13 Bionic chipset, plus a camera roughly equivalent to that of the iPhone XR.

However that’s not to say it doesn’t have its weaknesses. The screen is underwhelming, measuring just 4.7-inches and with a 720p resolution, and the design is similarly retrograde looking as it does almost identical to the iPhone 8.

On top of that, there are plenty of people who don’t want to commit to Apple’s ecosystem or simply prefer the flexibility of Google’s software. So what are the Android alternatives to the iPhone SE 2?

The OnePlus 8 is similarly a great-value option for those seeking a sub-flagship phone. It boasts one of the best chipsets around, the Snapdragon 865, which we describe as “the best you can get in an Android as of early-mid 2020”, and it also offers 5G connectivity at this reasonable price point. You’ll be able to run the most demanding games on this phone without trouble, but based on our benchmarking scores of the two chips, the iPhone SE is still likely to post higher performance scores. 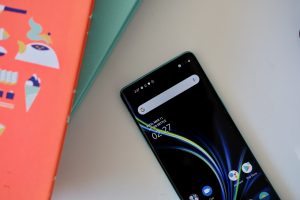 We also had a lot of praise for the screen, which is a bright 6.55-inch OLED with excellent contrast and colour. What’s more, it’s got a 90Hz refresh rate for even smoother scrolling – in all of these respects, the display is far superior to that of the iPhone SE.

The triple camera is versatile and produces good images for the most part (though we were less than impressed by the macro camera); in our review, we wrote that the “OnePlus 8 has a good mid-range camera, not an ultra-high-end one”. Though we’re yet to test the iPhone SE, this is another area it could potentially come out on top, based on Apple’s years of photography expertise.

However, one of the most important differences for everyday consumers is the price; the OnePlus 8 costs £599, while the iPhone SE 2 is less expensive, at £419. If you’re an Android fan looking for great performance and an excellent screen above everything then this is still a very good option, but it’s unlikely to tempt Apple fans away from their favourite brand.

The Pixel 3a is last year’s budget option from Google, and for mid-range shoppers looking for a top-end camera, this should be the first (and probably last) handset that you consider. We claimed in our Google Pixel 3a review that its equal to the performance of rival flagships and is particularly brilliant at lowlight shots. The iPhone SE 2 will seriously have its work cut out to match that evaluation. 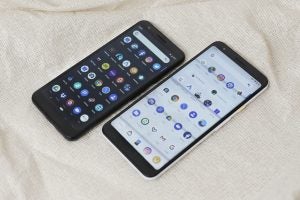 The screen is also stunning for the price, with beautifully vivid colours and excellent viewing angles. What’s more, there’s a Pixel 3a XL edition so that you can choose between a 5.6-inch display or a 6-inch one, depending on which suits you better. The iPhone SE 2’s screen will surely take a back seat in comparison.

However, the key thing to bear in mind is that the Pixel 3a’s processor isn’t quite so powerful. It’s a Snapdragon 670, a significant downgrade compared to the flagship options, and so you can’t expect a leading performance (although we found that it works well day-to-day). This is the key area where the iPhone SE 2 undoubtedly wins out over its rival.

But you might be able to stomach that shortcoming if you bear in mind the price differential; at launch the Pixel 3a cost £399, but now you can find it available for just £329, making it a great bargain by anyone’s standards. On the other hand, you might want to wait a little while longer to see what new features the Google Pixel 4a will usher in.

The Xiaomi Mi 9 is our top-pick of mid-range smartphones, and there’s a good reason why: it’s truly a master of all trades, offering no compromise on camera, performance, or display – yet the price is half that of many of today’s all-singing, all-dancing flagships. 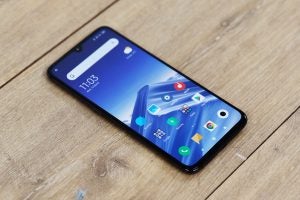 The Xiaomi Mi 9 runs on a flagship processor – namely the Snapdragon 855, last year’s top choice for Android devices – and delivered a great performance in our benchmarking tests (albeit of course not as good as that A13 Bionic though it gave last year’s iPhone XS a run for its money). The Mi 9’s screen is outstanding, with its vivid colours and crisp resolution remaining a pleasure for viewing content even under bright sunlight. The camera is yet another highlight, with the triple lens set-up offering great quality as well as versatility. Though at £499 it costs a bit more than the iPhone SE 2, this is a truly great all-round package of a smartphone.