Established teardown and repair specialist iFixit didn’t waste any time going to work on Apple’s latest smartphone. The findings are unsurprising – we already knew much of what was going on inside the iPhone 6S prior to release – but act as valuable confirmation of a few key points.

First among those confirmations is the fact that the iPhone 6S battery is actually smaller than that of the iPhone 6 model. One of Apple’s announcement videos for the phone appeared to reveal that we were dealing with a 1,715mAh battery, and this teardown had confirmed that figure. 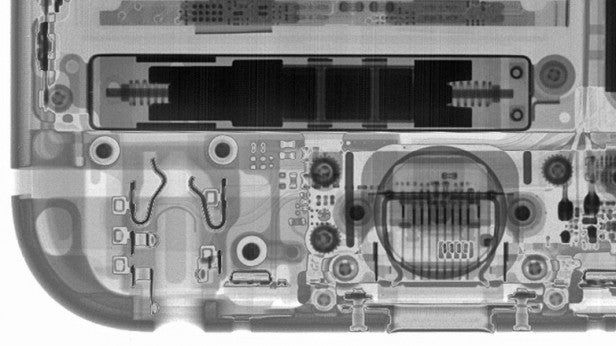 Also interesting is the teardown’s look at the new Taptic Engine. This is the component that provides the sophisticated physical feedback for the iPhone 6S’s 3D Touch screen.

In addition to seeing the chunky oblong component occupying a fair amount of space below the iPhone 6S’s battery (hence the shrinkage), the website X-Rays the component to reveal what’s happening inside. A couple of horizontally aligned springs shifting a solid chunk of material back and forth, it seems.

Related: iPhone 6S vs iPhone 5S: Should you upgrade?

Another point of note is the new, expanded display with its 3D Touch technology. The addition of the latter has increased the display’s weight by 15 grams over the iPhone 6.

All in all, the iPhone 6S is awarded a repair rating of 7 out of 10, which means it’ll be relatively easy to repair if it goes wrong or you drop it in a puddle.