The iPhone 5S will feature a fingerprint scanner, which Apple has called the Touch ID sensor.

Ahead of the Apple event this evening, a diagram of the iPhone 5S has leaked online revealing the upcoming flagship smartphone’s new Touch ID fingerprint scanner.

The diagram comes courtesy of a Nowwhereelse.fr source and shows that Apple has removed the iconic square marking on the iPhone 5S home button in favour of a plan circle with a metallic ring around it. This new home button will house the Apple Touch ID sensor fingerprint scanner.

It isn’t clear from the image whether the home button will be convex and made from toughen Sapphire crystal as was suggested in one recent rumour. We’ll just have to wait and see tonight whether there was any truth in that.

Earlier this week, the Wall Street Journal confirmed that Apple would introduce fingerprint scanning security functionality with its next flagship iPhone.

According to “people familiar with the matter”, Apple will include a fingerprint scanner only on the more expensive iPhone 5S rather than the budget iPhone 5C, both of which the Cupertino company is expected to unveil later today, September 10.

Technology has allowed fingerprint scanner to become more reliable and with the tech communities recognising that people require something more secure than passwords, it would be a smart move for Apple to introduce such functionality.

“The best way for a manufacturer to leverage biometric security features such as a fingerprint would be for them to use this as a foundation from which additional security can be built into device features,” explains Marc Rogers, Head Researcher for mobile security company, Lookout. “Unlocking a device with a fingerprint, if done right, can be much more convenient than entering a pin code multiple times a day. However, the risk of a replay attack cannot be ruled out and as such it would be best to see this feature offered as an enhancement to existing pin/passphrase security.”

Next, read what to expect at tonight’s Apple event. 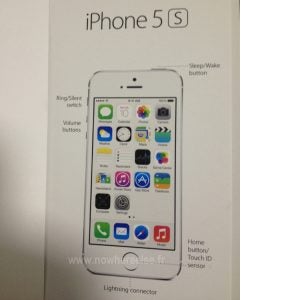