New images of the heavily rumoured iPhone 5S have emerged online showing a near to fully assembled model of the rumoured Apple flagship upgrade.

The slightly blurred images reveal the back and innards of the rumoured iPhone 5S on the assembly line, but don’t show the display panel of the device.

The nearly complete form of the iPhone 5 update seems to fall into line with previous iPhone 5S leaks, including the handset’s logic board, SIM card tray, loudspeaker and other such small components.

However, there is an Apple-labelled processor shown that is otherwise unknown. The current iPhone 5 uses the Apple A6 processor, but for the iPhone 5S or even iPhone 6 we’d expect a processor upgrade.

The pictured processor suggests that it was made in October 2012, which would be a little too early for a next-generation handset like the iPhone 5S, which has caused some to question the validity of the images.

Of course, these images could depict a prototype of the iPhone 5S that is not indicative of a final product.

There is a more powerful battery included in the component shot of the iPhone 5s above. It has a 5.92 Watt hour capacity, while the iPhone 5 battery offers 5.45 Watt hours.

On the rear of the iPhone 5S is the same elongated pill shaped flash seen in the leaked iPhone 5S and budget iPhone diagrams that emerged earlier this week. This supports the rumours that the iPhone 5S will have a dual LED flash to improve night-time and low-light shooting.

Apple is expected to launch the iPhone 5S and plastic-bodied budget iPhone (also dubbed the iPhone mini or iPhone Light) in September, with the two handsets shipping with the newly unveiled iOS 7 mobile operating system.

Next, read what’s new in our iOS 7 features list. 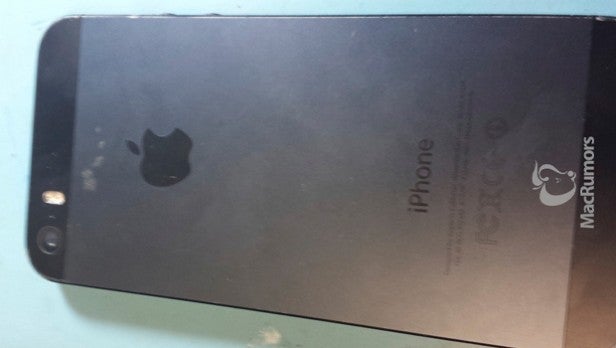