If you’re playing iPhone speculation bingo this year (if such a thing doesn’t exist, it should), you can now cross out ‘leaked screen protectors’.

While all show an edge-to-edge display and promise the Face ID sensor, the 6.1-inch device appears to have much thicker bezels than its counterparts. You can see the image posted below. 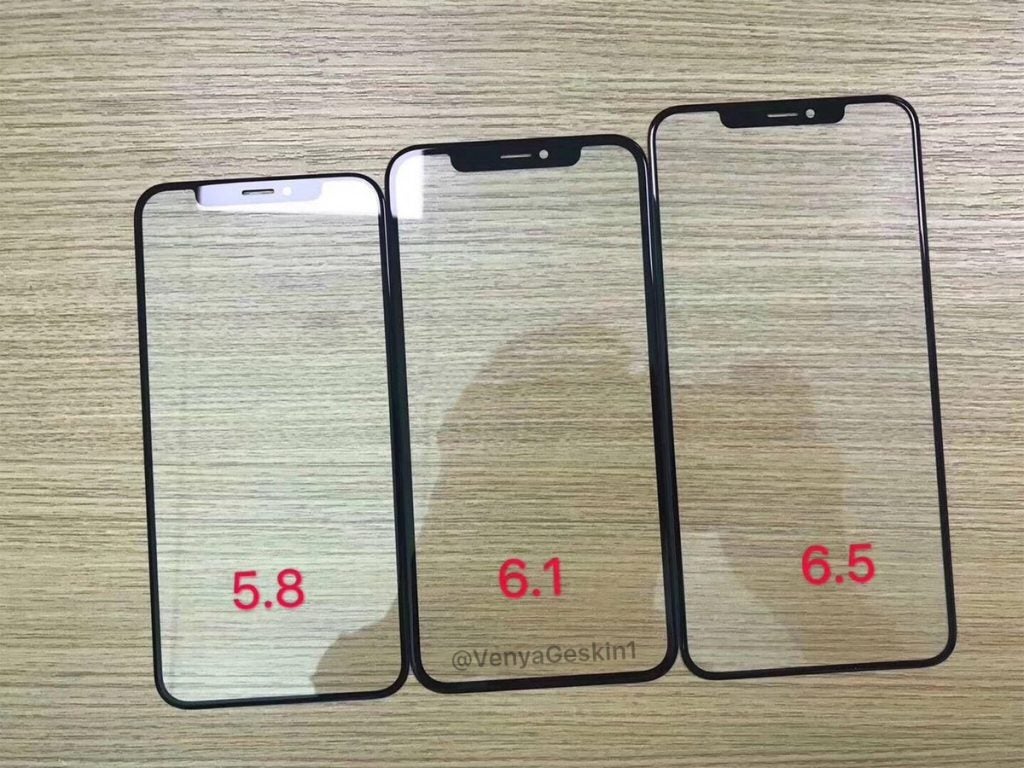 Given that middle-sized model is tipped to boast LCD display technology (rather than the OLED tech believed to be coming to the 5.8-inch and 6.5-inch model), it adds weight to the idea this will be the more affordable device in the three-pronged line-up.

Previous reports have suggested this handset may arrive without the 3D Touch feature and a dual camera and will cost around $700/£700 compared with the iPhone X, which is currently $1,000/£1,000.

The difference in bezel thickness doesn’t appear to be that significant, in all fairness, but combined with the LCD display tech, Apple fans will hope this leads to a modicum of affordability compared to the direct iPhone X successors.

Geskin alluded to the thicker bezels a month ago, and the reported leak of the screen protectors have added weight to those claims. Previous reports have suggested they’ll be as thin as 2mm.

The handsets are expected to arrive at a special event in early September, before going on sale later that month alongside the release of iOS 12. Tipsters are also suggesting new iPads and Apple Watch models will arrive before the year is out, alongside the AirPower charging mat and new AirPods earphones.

What are your hopes for the 6.1-inch iPhone? What would be the sweet spot in terms of price? Will you be buying? Drop us a line @TrustedReviews on Twitter.