Apple has finally launched its new iPhone 12 and it’s packed of full new features. Should you get ready to upgrade from your iPhone 11? Let’s have a look at all the differences.

iPhone 12 vs iPhone 11 is set to be the question on many people’s lips over the coming weeks, as they decide whether to upgrade to Apple’s latest flagship phone or pick up 2019’s device at a more affordable price.

We know all the details surrounding Apple’s next device now and there’s plenty to get your head around. Let’s have a look at what’s new with the iPhone 12 and how it compares to the iPhone 11.

Arguably the biggest new addition for the whole iPhone 12 range, 5G has been rumoured for ages and it’s finally here. We’ve seen a load of Android 5G phones this year, with the next-gen connectivity tech coming to phones at all price-points, so it’s good to see Apple catch up.

You’ll find 5G on all available iPhones, however you will need to be in a 5G area and have a suitable 5G contract to access these faster speeds. If you’re in the UK, all the big networks (Vodafone, EE, Three, o2 etc) has 5G services live and they have been improving steadily ever since many of them went live over a year ago.

While the iPhone 11 is no slouch when it comes to data speeds, it is limited to 4G networks. While we wouldn’t say 5G alone is a reason to update yet – at least not until it’s available in more areas – it is good to know your device will be future-proof for the next few years.

We’re curious as to whether the addition of 5G will affect the battery life of the iPhone 12. Rumours have suggested Apple ditched the idea of a 120Hz display as having it alongside 5G would have cost too much when it came to endurance.

Another big upgrade for the iPhone 12 over the iPhone 11 is in its display. While the notch is still sticking around to house that selection of sensors required for accurate FaceID, there has been a big change in the panel tech.

The iPhone 12 now has an OLED panel, which is a notable upgrade over the LCD that sits on the iPhone 11. The new 6.1-inch OLED should offer brighter, more vivid colours and perfect blacks. Apple said the iPhone 12 has a Super Retina Display XDR, with 1200 nits of brightness and full support for multiple HDR formats.

Apple has finally updated its design blueprint that debuted with the iPhone X. We’ve had a number of years of the curvy iPhone look and while it has changed slightly each year, the iPhone 12 takes things up a notch. 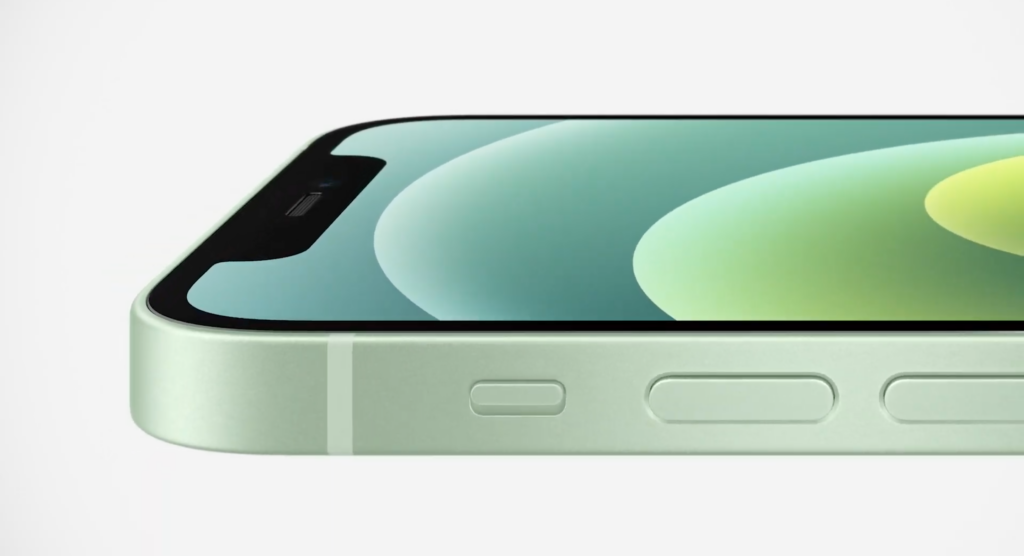 Neither phone has a headphone jack and with the iPhone 12 you don’t get a charger or even a handy pair of Lightning EarPods in the box. Thankfully both are IP68 rated and charge via either the Lightning port on the bottom or wirelessly using the new MagSafe tech and various accessories. Both phones are available in a range of colours.

Apple first introduced the A14 Bionic chipset inside the iPad Air 4, and since that reveal we’ve been expecting it to sit at the heart of the iPhone 12.

The A14 Bionic is the first 5nm chip inside a mobile device, and as such should offer far greater efficiency with improvements to battery life. We’ll, of course, get superior performance in terms of processor and graphics, and the A14 skills should also aid some of the new camera tricks.

Apple said the A14 packs a 6-core GPU, 4-core GPU and a 16-core neural engine that is 80% faster. During the keynote we saw a demo of a new League of Legends title which showed off the chipset’s graphical prowess.

In terms of battery life, we’ll have to really test the iPhone 12 to learn how long it’ll last. It’ll be interesting to see if 5G affects the stamina and whether the more efficient chips offsets that somewhat. We managed to go more than a day with the iPhone 11 so hopefully it’s at least on par with that. 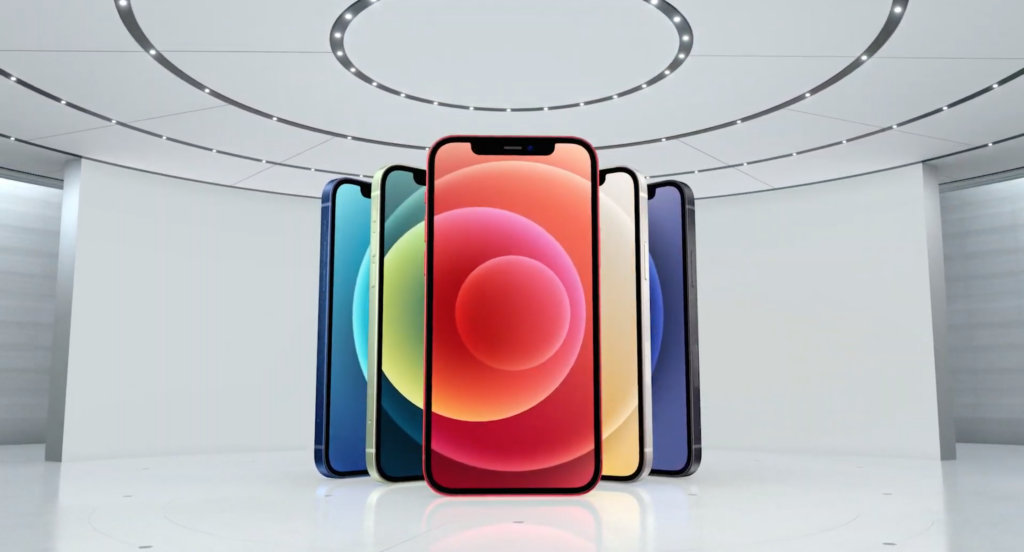 5. The iPhone 12 should have a better camera than iPhone 11

The iPhone 11 has a dual-camera array on the back, with the Pro version expanding that to three sensors. Both of those sensors are 12-megapixels, with one having a wide lens and the other an ultra wide lens. There’s OIS, a night mode and 4k 60fps video recording.

For the iPhone 12, Apple is keeping that dual sensor array. While it looks like the ultra wide is the same, the main 12-megapixel wide now has a faster f/1.6 aperture and a 7 element lens for sharper shots. You can now use the night mode on both sensors, and the wider aperture allows for brighter video.