Apple has announced the iPhone 12 mini, a new miniature version of the upcoming iPhone 12 smartphone that’s available at a more budget-friendly price.

With a small screen and affordable price, the iPhone 12 mini is arguably stepping on the toes of the previously launched iPhone SE 2. Is the latter still Apple’s best budget phone, or has it now lost that crown?

We’re here to guide you through the major differences between the new Apple smartphones, so you know which phone to plump for in the iPhone 12 mini vs iPhone SE 2 contest.

The biggest news from the iPhone 12 launch event is that Apple is finally launching smartphones that are 5G ready. Somewhat surprisingly, the iPhone 12 mini will also benefit from 5G connectivity, with Apple claiming it’s the ‘smallest, thinnest, lightest 5G phone in the world’, which certainly seems plausible.

The iPhone SE 2 is limited to 4G, and so won’t offer the fastest possible LTE connectivity as the latest range of iPhone. Of course, you’ll need a costly 5G SIM card to take advantage of this feature, while not all locations actually provide reliable 5G coverage, so the omission on the SE shouldn’t be a huge miss for everyone. 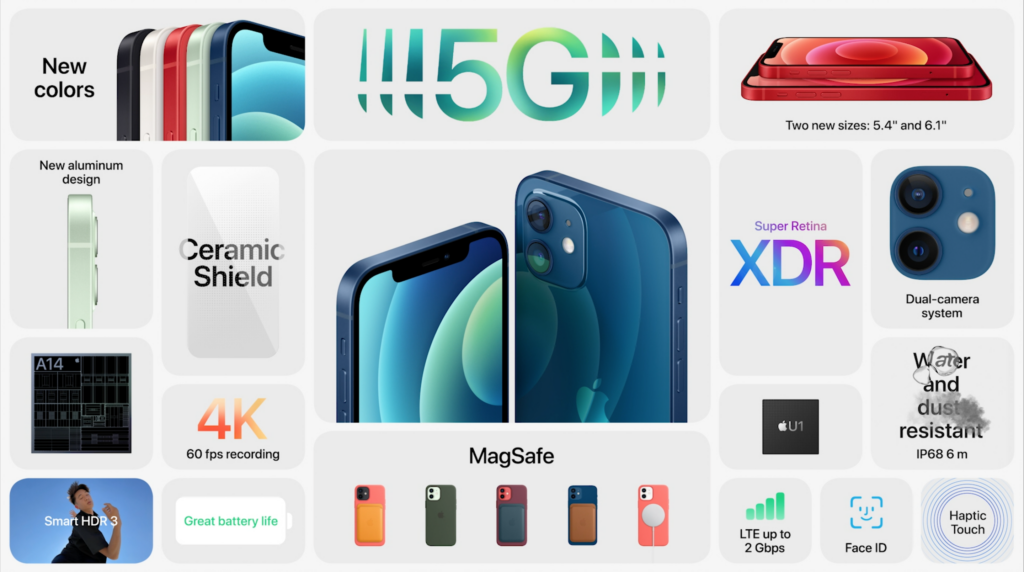 While the iPhone 12 mini does feature the ‘mini’ moniker, it’s actually not quite as small as the iPhone SE 2, which features a 4.7-inch display.

The iPhone 12 mini also features an incredibly high 1200 nits max brightness, which will make it a dazzler of a display.

Related: When are the new iPhones coming out?

The iPhone SE 2 is a call back to old iPhone designs, with the chunky bezel at the top and bottom of the screen and a physical home button still intact.

The iPhone 12 mini features the same bezel-less design as Apple’s flagship phones, which looks far more classy in our opinion. It even features the controversial notch that frees up space for the front-facing camera.

The iPhone 12 mini features the A14 bionic processors, which is the same chip found inside the bigger iPhone 12 phone. Apple claims the A14 is 50% faster than any other smartphone CPU, while also featuring a high-powered GPU for improved gaming performance.

Meanwhile, the iPhone SE 2 is still stuck on the A13 Bionic chip, which is still powerful in its own right, but just not as speedy as the new A14 processor.

You’ll have to push the smartphone to really notice the difference, but if the likes of content creation and gaming are a big deal to you, then the jump up to the iPhone 12 mini may well be worth it.

Related: iPhone 12 mini vs iPhone 12 – is the mini worth your cash?

The iPhone 12 mini is confirmed to cost £699, which is noticeably more expensive than the iPhone SE 2.

The iPhone SE 2 costs a very reasonable £419, and so is still the Apple smartphone to go for if you’re looking for the best bargain possible.

But with the iPhone 12 mini featuring a bigger display, superior performance and a more modern design, the higher price certainly seems justified.