Last week, Apple sent out its invites for its massive iPhone 12 event. The big showcase is almost upon us and so we’ve brought together all the latest information on the new and exciting products we’re expecting to see – as well as the ones we aren’t.

iPhone 12 event is set to focus on those all-important phones, ranging from the iPhone 12 and iPhone 12 mini to the iPhone 12 Pro and iPhone 12 Pro Max, but there’s one other product that seems nailed on for a reveal – HomePod mini. We’ve got everything you need to know about these key devices below as well as when you can see them all on stage.

While those products seemed sure to appear, there’s been plenty of rumours around other devices we might see – even if some seem pretty unlikely. Apple’s event schedule has been hugely different this year, opening things up for a lot more speculation about when we’ll finally see different devices.

We aren’t expecting to see the MacBook Arm, AirPods Studio and AirTags but read on to find out the chances we could see a surprise and when we do expect to see these absent devices.

When does the iPhone 12 Event start? 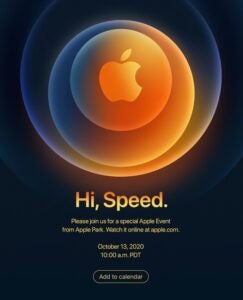 As always, Apple has blocked our two hours for the huge product reveal but that doesn’t mean to will fill that whole time. With five products all but confirmed to launch, two hours seems the perfect match – with the same runtime filled for Apple’s September event that launched a similar number of devices.

What to expect from the iPhone 12 Event?

While Apple’s September event focused on new iPads and new Apple Watch models, the October event looks to place its attention almost solely on the iPhone – with Apple’s strategy of more streamlined yet more frequent events for 2020 becoming more clear.

Let’s take a look as those key new iPhone releases we expect to see as well as one additional product we expect Apple to slide in there. 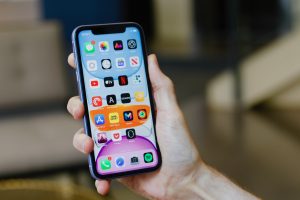 Kicking things off with the default model, iPhone 12. The new device isn’t expected to change massively from iPhone 11. However, as with all of the 2020 range, the eye-catching change is set to be the design – with a more industrial style harkening back to the days of iPhone 4 and 5.

Earlier this year, analyst house UBS confirmed the models of iPhone it was expected to see in 2020. iPhone 12 is touted to feature a 6.1-inch OLED display, A14 processor, 4GB RAM and a dual-lens camera. All new iPhones are expected to feature 5G.

According to leaker Max Weinbach, iPhone 12 camera is expected to offer significantly improved zoom capabilities as well as the addition of Night Mode to the telephoto lens.

There have been contradictory reports on starting iPhone 12 pricing for the 64GB model. Prolific leaker Jon Prosser states it will start at $749 while infrequent but extremely accurate tipster Kang pointing towards a higher $799. As with the majority of Apple products, we’d expect the UK to get a raw deal here with pricing likely to be £749/£799.

Kang reports iPhone 12 will be available in Black, White, Red, Blue and Green – with the device being released on October 23/24. 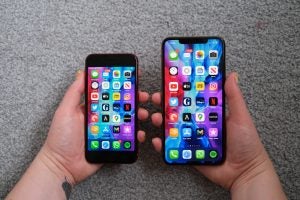 While the whole iPhone 12 lineup is set to be reminiscent of iPhone designs from the beginning of this decade, iPhone 12 mini is the only one aiming to lineup on size too.

iPhone 12 mini is set to be a 5.4-inch version of the main flagship device, with the name not yet fully confirmed.

Beyond the reduced size, we aren’t expecting any variation from the regular iPhone 12 on specs, camera and colours. A fleeting rumour pointed towards a B14 chip with reduced performance (via MauriQHD) being used on the mini model but it hasn’t been widely reported.

Kang and Prosser also disagree on starting iPhone 12 mini pricing for the 64GB version, with the former pointing towards $699 and the latter stating it will be $649. As with iPhone 12, we’d expect this to translate to £699 or £649 in the UK. iPhone 12 mini is set to be released later than the regular model, on November 13/14. 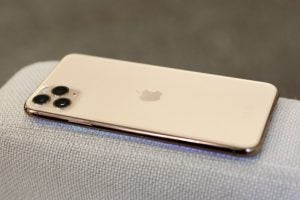 Moving onto Apple’s most powerful phones, iPhone 12 Pro is expected to get the same industrial redesign as the regular model and also sport a 6.1-inch OLED display.

The differing specs come in the form of 6GB RAM and a triple-lens rear camera with 3D sensing. The highlight of that new camera tech is the LiDAR sensor, coming down to mobile phones from the iPad Pro 2020, allowing for that enhanced depth sensing and augmented reality capabilities.

iPhone 12 Pro and Pro Max will not have a 120Hz ProMotion display. The rumour emerged many months ago but has now been dismissed.

You’ll be able to pick up iPhone 12 Pro in Gold, Silver, Graphite and (new) Blue. The prices of the Pro models are far less disputed that the regular models – with iPhone 12 Pro pricing expected start at $999 (£999) for a 128GB model. 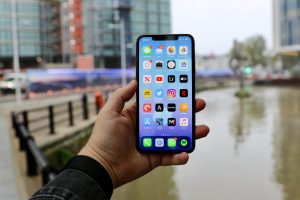 While iPhone 12 and iPhone 12 mini are set to be identical, beyond screen size, iPhone 12 Pro and Pro Max will have a key difference for camera fans.

Like the 12 Pro, iPhone 12 Pro Max will have 6GB RAM and a triple-lens rear camera with 3D sensing. However, the camera system will be slightly upgraded – allowing for 5x optical zoom. 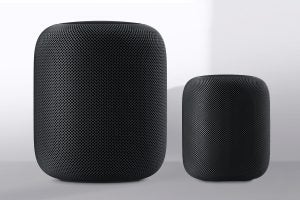 The other Apple product that we expect the company to slip into the iPhone 12 event is the new HomePod mini.

HomePod mini is expected to be exactly what it says on the tin – a mini HomePod – at just 3.3-inch and sporting an Apple S5 processor. However, the key appeal of the product looks set to be the low price.

HomePod mini is expected to be priced at $99 (£99) with pre-orders starting on November 6 before a full release on November 16/17. Specific details regarding UK release dates are not yet known.

What won’t be at the iPhone 12 Event?

We’ve given you all you need to know about the Apple products we expect to see at the big October 13 event but there’s been plenty of rumours swirling regarding some other devices. While Apple is known for springing the odd surprise, it doesn’t seem like these three rumoured products will be rearing their heads. 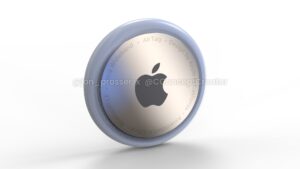 Due to their expected deep integration with iPhone 12 and the Find My network, it seemed to make perfect sense Apple would reveal its long-rumoured AirTags at the October event.

AirTags will operate much like the popular Tile Bluetooth trackers, allowing you to place them in a pocket or attach to see keys then locate them on your phone when required.

We are now not expecting to see the AirTags in 2020. Jon Prosser reports the announcement and launch of the new Apple product won’t come until March 2021. 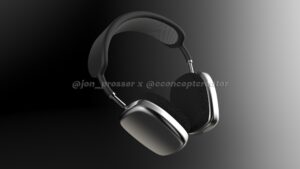 Apple has been rumoured to be launching its own branded over-ear headphones for some time now but we won’t be seeing them at the iPhone 12 event.

Prosser has also been leading the way on AirPods Studio coverage and has stated we won’t see them on October 13.

The leaker did reveal we can expect a luxury model to be priced at a whopping $599 on release while a “sport-like” version will start at $350.

While the announcement of AirPods Studio and AirTags now seems very much up in the air, the first Apple Silicon Mac – the MacBook Arm – appears to be being saved for another event in later this year.

Seasoned Apple reporter Mark Gurman of Bloomberg reports the first Apple Silicon MacBook will be launched at a November event.

The new laptop is expected to be 12-inch like its original MacBook predecessor. Pricing remains unknown. With Apple’s current MacBook lineup starting at a price of £999, we’d expect a starting price around this amount or, even, below.