Apple has just unveiled its new iPad Pro tablets, finally updating the devices that haven’t been touched since June 2017. These new versions of the iPad Pro will be sold alongside the iPad which remains Apple’s entry-level tablet. 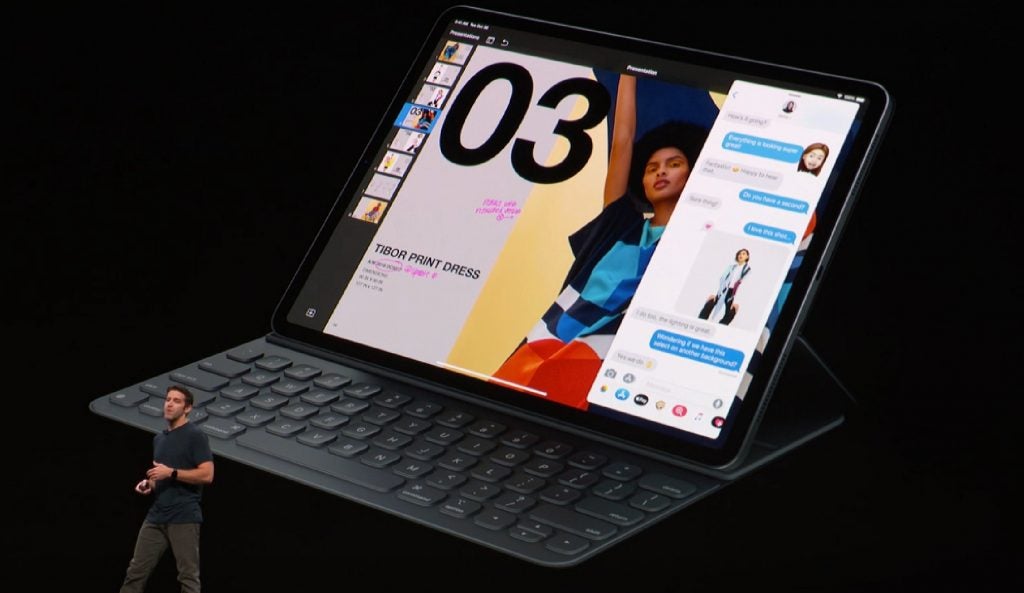 The iPad Pro is targeted, as the name suggests, at ‘professionals’. There’s a big focus on the screen and the power of the internal components.

It’s not just the size that’s different, it also comes down to the quality of the panel. The iPad Pros feature 120Hz refresh rates for smoother navigation, support for the wide P3 colour gamut and a ppi (pixels per inch) of 264. They also have a much thinner bezel with curved edges.

The iPad, on the other hand, has a more standard 60Hz refresh and no support for P3. It does have the same 264ppi, though.

Powering the iPad Pro (2018) is the A12X Bionic chipset, an upgraded version of the SoC you’ll find in the new iPhone XS and iPhone XR. Where the iPad version differs from its phone counterpart is in the graphics chip, which, Apple said, puts the iPad on a similar level to an Xbox One S console.

This brand-new, super fast is a big improvement both in processing and graphics when compared to the A10 chip inside the iPad. If you’re really looking for extra oomph and for games and apps to run as well as possible, you’re better off looking at the iPad Pro.

You’ll get better audio from the iPad Pro too, thanks to the quad-speaker array situated around the device. The iPad instead uses two speakers on the bottom to produce sound. One notable missing feature on the 2018 iPad Pros is a headphone jack, something you will find on the cheaper iPad.

In terms of battery life it’s hard to really gauge how the two devices will compare yet. Apple claims both will last ‘all-day’ but we’ll need to spend time with the new iPad Pro to see what that means with proper usage. 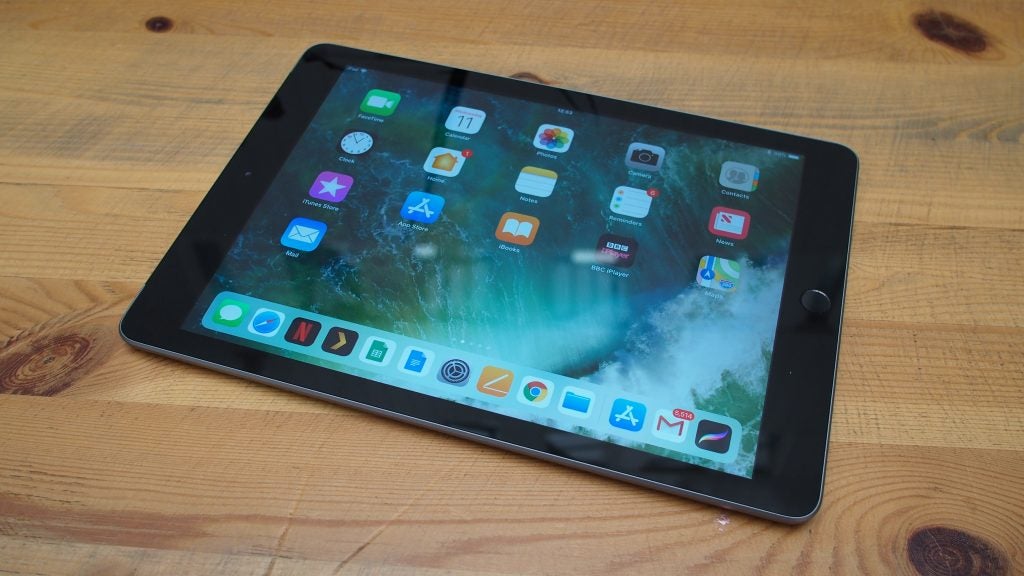 The 2018 iPad Pro is the first real change to how iPads look in a long time. It looks very much like the iPhone SE, with flat sides and rounded corners, We haven’t held the device yet, but it looks very slick in pictures. It ditches Lightning for USB-C and includes lots of magnets around the front and back to connect the Apple Pencil 2 and Folio Smart Keyboard.

There’s no Touch ID fingerprint sensing home button on the new iPad Pro (2018). Instead it’s unlocked via Face ID and controlled by a gesture-based UI. If you’ve used an iPhone X or newer then you’ll feel right at home.

The non-Pro iPad looks is a bit more curvy, with softer lines and and a thicker bezel surrounding the screen. You’ve got the home button, headphone jack and Lightning connector for charging and syncing.

What has always set the iPad Pro apart from the other iPad is the selection of Apple-made accessories. For the iPad Pro you can get the Apple Pencil 2 and a Folio Smart Keyboard.

Apple Pencil 2 connects and charges wirelessly and lets you draw directly onto the display. We loved Apple Pencil 1 so it’ll be interesting to see how this compares.

The Smart Keyboard Cover also attaches via magnets and turns the iPad Pro into something more akin to a laptop. You can find keyboard cases for the iPad, but none connect as simply and most require charging.

There’s cellular models of the new iPad Pro (2018) available too. You can order the 2018 iPad Pro today, and it’ll ship November 7.

We’ll have a more in-depth comparison when we’ve put the iPad Pro (2018) through our review process.