The iPad Pro’s new Magic Keyboard with trackpad is one of the more interesting computing accessories of recent years, and it’s no less interesting under the gaze of an X-Ray.

As you can see from the image, published by iFixit and created by Creative Electron, there’s a tremendous array of components hiding within the $329 accessory that makes the iPad Pro a little more Mac-like.

“There’s more going on inside this keyboard accessory than there is in many laptops,” iFixit says in its report, published ahead of a future teardown of the iPad Pro peripheral. Here’s the image below: 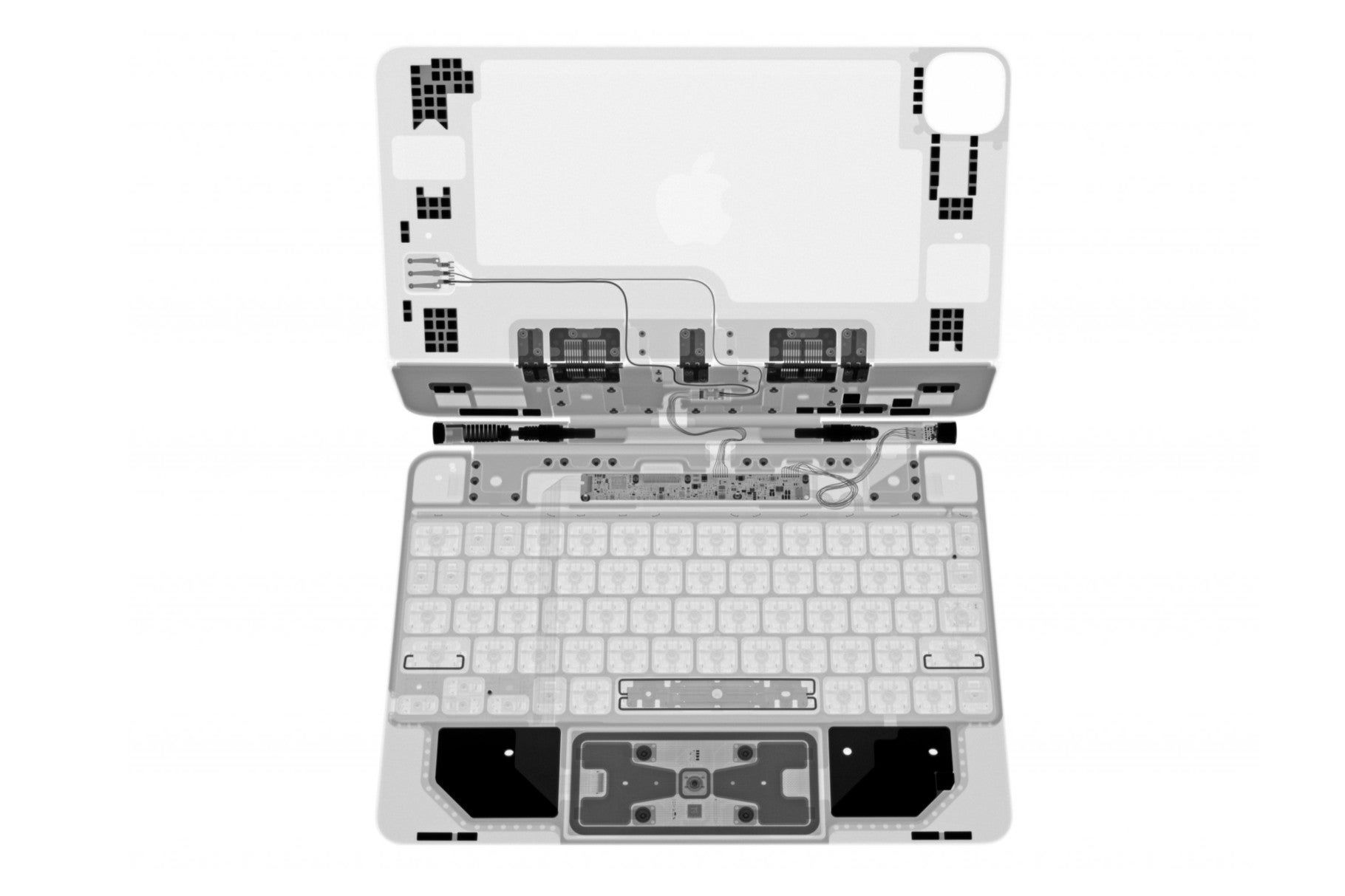 Most obvious is the absence of the much-maligned butterfly keys, which have now been ditched from most Apple notebooks including the new 13-inch MacBook Pro revealed earlier this week. You can see from the image that that scissor switch keys, which probably should have stayed in play all along, are now back in the game.

iFixit calls it the biggest improvement, yet the least complicated part of the keyboard. Below the keys we’ve got some metal plates to reinforce the accessory and to add a little weight to prevent the whole arrangement toppling over. They sit either side of the new trackpad.

Of course, the trackpad makes the headlines here, with iFixit saying it looks different to those used in MacBook laptops because it uses a clickable button rather than simulated clicking via haptic feedback. The trackpad, of course, does more than point and click. It also enables a host of multi-touch gestures we’ve come to know from using MacBook laptops.

The report from iFixit has plenty more tidbits pertaining to one of the most interesting accessories ever released by Apple, as it seeks to position the iPad Pro as a genuine replacement for a desktop/laptop machine. Whether it represents value for money is another argument, but there’s certainly enough components in there to suggest this thing was quite expensive to put together.