There are plenty of major differences that separate the new iPad Pro 2021 from last years’ model, but here are the top five that you need to know.

The appearance of a highly speculated update to the iPad Pro finally made its debut at today’s Apple Spring Loaded event, showcasing a very new approach to the iPad concept itself. Make no mistake, the iPad Pro is no longer simply a tablet device, it’s become something so much more.

It’s also quite exciting to report that unlike the iPad Pro 2020, the iPad Pro 2021 marks a far more substantial upgrade, one that’ll likely have users swapping over on day one. To know exactly how the iPad Pro 2021 stacks up against its predecessor, there are the key take-away points that highlight just how big of an update this new device really is.

Arguably the biggest surprise of the night – Apple’s super-fast M1 chip will be making its way to the new iPad Pro.

What this means, according to Apple itself, is that the iPad Pro 2021 will have 75x faster CPU performance, which in everyday terms means a massive upgrade in speed.

With the M1 chip in tow, the iPad Pro’s performance will more closely mirror that of the latest MacBooks and the new iMac 2021. In this regard, the iPad Pro 2021 will be the closest Apple fans will get to a tablet MacBook.

2. A major screen boost with the Liquid Retina XDR Display

The most anticipated update was confirmed on the night, and that’s the use of mini-LED technology in the iPad Pro. Apple has now dubbed the iPad Pro’s screen a Liquid Retina XDR Display, taking a few cues from the Pro Display XDR of the M1 iMacs.

Packing a whopping 5.59 million pixels and over 10,000 Mini-LEDs, the iPad Pro 2021 can reach a peak brightness of 1600 nits. This will be a Godsend for photo and video editors as the new iPad Pro will offer far more realistic colour profiles and colour accuracy. 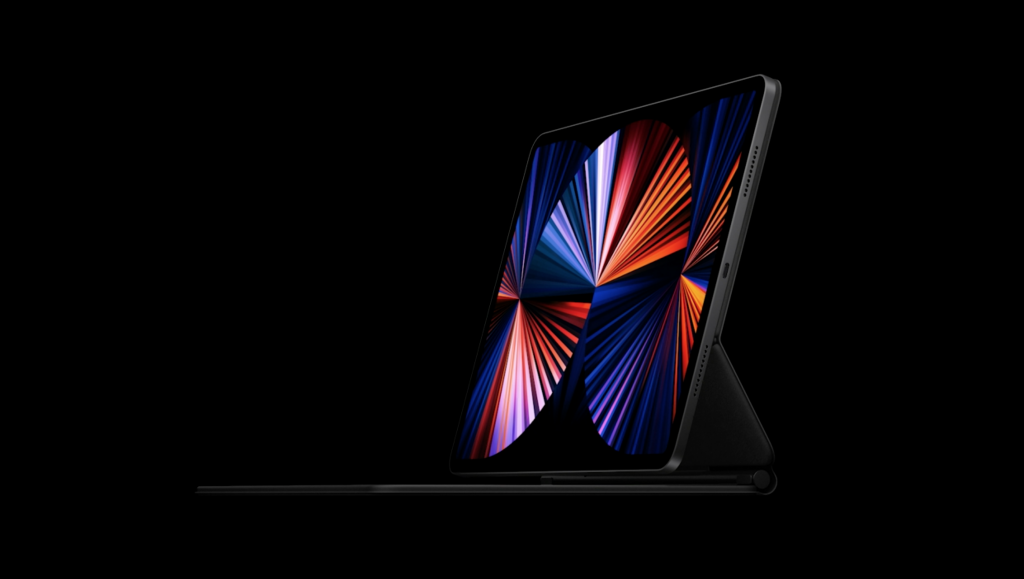 After bringing the faster network feature to the iPhone 12 range, Apple has decided to bring 5G to the iPad Pro 2021.

At this point, the benefits of 5G aren’t lost on anyone, but this will be a major bump in appeal for anyone who uses an iPad Pro as their main portable work device. This update also comes with compatibility for millimetre wave 5G in the US.

No doubt inspired by just how important the front-facing camera has become in a pandemic afflicted world, the iPad Pro’s front snapper will be getting a massive overhaul. The new 12MP ultra-wide sensor will not only have the ability to capture more in the frame, but it will also make use of a new feature called ‘Centre Stage’ (or Center Stage in the American vernacular).

Feeling eerily similar to Facebook Portal, Centre Stage will follow a subject around as they move, ensuring that they’re also kept in the frame whilst on a video call. In the current times, a feature like this is huge and it could point towards Apple’s plans to have a dedicated smart display in its HomePod range.

Yes, you read that right – support for Thunderbolt and USB 4 is coming to iPad. This will allow the iPad Pro 2021 to operate with 4x more bandwidth when transferring data over a wired connection.

Again, much like with the addition of 5G, this will no doubt appeal to professionals who use an iPad Pro, particularly if they’re moving 4K video files from one device to another.