iPad Pro 10.5-inch vs New Surface Pro (2017): Should you go with Apple’s Pro tablet or Microsoft’s stellar hybrid? Here’s all you need to know.

Microsoft has come a long way since the original Surface launched but has stuck to the fundamental belief that users should be able to use a tablet as their primary computing device. If you get a Surface Pro you are running a full version of Windows 10. That means you’ll be as productive as possible.

The 2017 version of the Surface Pro looks to build on that by giving users new Intel Kaby Lake processors that provide better performance and lower power consumption than the Surface line has seen before. The new Surface Pro is the definition of having the performance and functionality of a laptop on the go, but now it has a new challenger to deal with.

During WWDC 2017 Apple announced a new 10.5 inch iPad Pro, and thanks to significant hardware and software upgrades, it’s now seemingly easier than ever to get things done on the iPad. So much so, it seems Apple is finally delivering on its promise of the iPad being a replacement for a laptop.

With both devices shipping this month, it’s we thought we’d examine both and see which one deserves your cash as the best laptop replacement on the market.

The 10.5 inch iPad Pro has the best screen-to-bezel ratio ever seen on an iPad. The screen is a Retina display with a resolution of 2224 x 1668, which packs 264 pixels per inch (ppi). The screen is also capable of displaying HDR and can get incredibly bright, up to 600 nits in fact. It also features the same wide colour gamut that can be found on the iPhone 7 and new line MacBook Pros. And finally, the screen features a 120hz refresh rate, thanks to the new ProMotion technology, meaning navigating around iOS 11 should be smoother than ever.

The 2017 Surface Pro, on the other hand, comes with a 12.3-inch PixelSense screen that displays content at a 2736 x 1824 resolution. That means it has a pixel density of 267 pixels per inch which narrowly beats out the iPad’s 264 – though you’re unlikely to notice the difference. 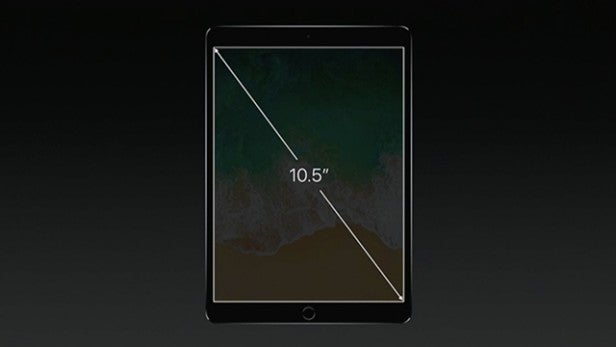 Hardware-wise, the 10.5-inch iPad is powered by the A10X fusion chip with a 64-bit architecture and six-core CPU. All of which means Apple’s tablet should be an absolute screamer performance-wise. And if you’re worried that increased performance will eat up battery life, fret not. Users should expect to get roughly 10 hours of battery on a single charge, which is the same as on older models.

The highest specced model of the 2017 Surface Pro comes with an Intel Core i7 7660U Kaby Lake processor that should run a buttery smooth version of Windows 10. However, it’s worth noting there are also cheaper Core i5 and Core m3 models if you don’t want to get into four-figure pricing territory. The Surface Pro also has the iPad Pro beat on battery life, with Microsoft stating you should be able to get up to 13.5 hours of usage on a single charge. However, we’ll have to wait until both release to make the final call on battery life. 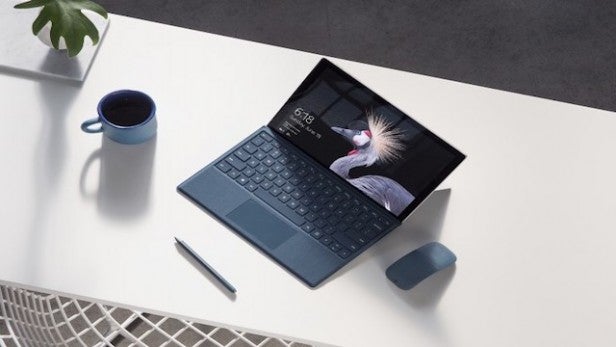 Here’s a full look at both tablets’ specs side by side:

At WWDC 2017 Apple made a big deal of the litany of features that iOS 11 brings to the iPad specifically. The next instalment of Apple’s mobile OS arrives later this year, so for now, you’re getting iOS 10.

But the new iOS 11 features look very impressive. They start with the improved dock that has seemingly been taken straight from the Mac. The dock allows the user to place as many applications as they want inside and also features a context-sensitive predictive apps area, which will display apps it thinks you might want to use. The dock is no longer limited to just being on your home screen, either. You’ll now be able to swipe up to reveal it while in any application – this is where the desktop-like functionality begins on the 10.5-inch iPad.

The new dock also allows for a completely new, and quite frankly overdue, multitasking experience on the iPad. After the dock has been summoned, you can drag the app you want to multitask with onto the display and a small window will appear. The size of each multitasking window can then be adjusted to your preference.

Mission Control also comes to the iPad, or at least functionality that seems to replicate it. This displays all open apps, as well as the apps that have been paired together for multitasking, to allow the user to easily navigate around the device. 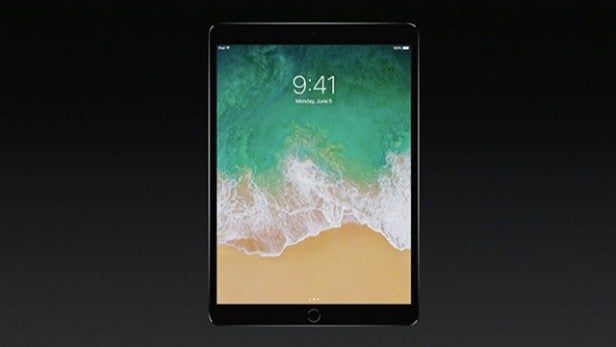 Drag and drop is another feature that’s making its way from the Mac to the iPad. Users are now able to, you guessed it, drag and drop anything they have open in one app to another. The iPad also gets a Finder replica in the form of the Files app. The smartest feature here is that all files from cloud services such as Dropbox are now seamlessly integrated so that you don’t have to log into a separate app to find all you documents.

This marks the first time the iPad has received significant features from macOS instead of iOS doing all the giving to the Mac. Although these features are being marked as revolutionary, they are long overdue for a tablet that Apple has been positioning as a viable substitute to a laptop for a number of years now.

The Surface Pro has a heritage in changing people’s notion of what a tablet can do — anything that runs a full version of Windows 10 has to be taken seriously. Microsoft’s tablet allows users to be incredibly productive as it can run the Microsoft Office 365 suite, which comes with full versions of all the Office apps you’ve come to love using.

In case you hadn’t got the hint yet, the big theme with the Surface Pro is that absolutely no compromises have been made in transferring the Windows user experience to a tablet. You have an awesome tablet experience when you want it, and you have a very capable PC experience when you need to be more productive, too. If you know Windows 10, then there is nothing on the 2017 Surface Pro that will surprise you. 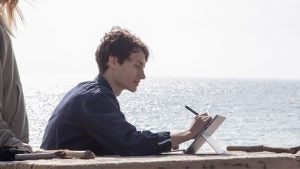 What you will find on the 2017 Surface Pro that you won’t find on a normal Windows PC is all the Surface Pen functionality that comes with it. Graphic designers, or just simply anyone that needs to take notes will really appreciate the stylus feature. Apple has its own version, in the form of the Apple Pencil, which is now even more responsive thanks to the aforementioned ProMotion technology, with Apple getting latency down to an impressive 20ms.

The 2017 Surface Pro is available to pre-order now with the product expected to start shipping on June 15. The pricing for the different specced models can be found below:

You’re getting more of the same with the 2017 Surface Pro, which is great because the Surface Pro line has been a viable substitute to a laptop for a while now. The specs have been greatly improved, with Kaby Lake set to make Windows 10 on the Surface buttery smooth.

Microsoft’s hybrid can be an amazing tablet when you want it to be but also an incredibly capable computer when you need to get serious. The only caveat with buying a Surface is that to make the most of its productivity features, you’re going to have to shell out for a Type Cover (£150). If you’re already planning on purchasing one of the well-specced versions of the Surface, you’re looking at a very big investment.

Related: iOS 11: All the features you need to know about 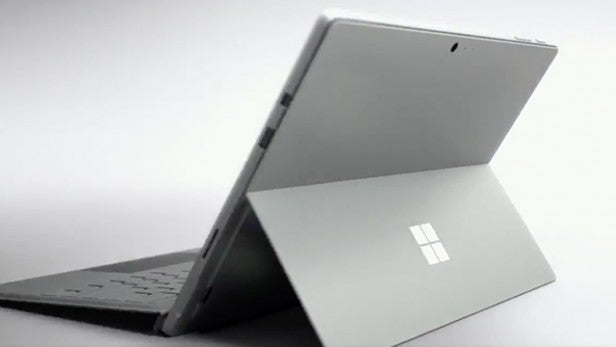 The 10.5-inch iPad Pro certainly wins in the price category, even if you decide to max out the tablet’s memory. But the cheaper price is supplemented by the fact it’s still uncertain how productive the 10.5-inch iPad is going to allow you to be. Although iOS looks more functional than ever, it still looks restrictive and the lack of support for a mouse means, in practice, multitasking may prove to be more difficult than Apple is demonstrating.

If you’re looking for the perfect tablet, then the iPad takes the title every time. However, if you’re serious about replacing your laptop with a tablet, then the 2017 Surface Pro looks to be the right device for you. We’ll have more once we’ve reviewed both.

iPad Pro or Surface Pro, which device will you plump for? Let us know in the comments below.