Apple clearly felt a little nostalgic in the run-up to today’s announcement, as the company has decided to revive not one but two long-dormant iPad lines; giving us a the iPad Air (2019) and iPad Mini 5.

Here’s how Apple’s new baby tablet compares to its predecessor, the long-standing iPad Mini 4, which launched way back in 2015 and had, until now, remained on sale as the only small form-factor iPad Apple offered.

Despite the most recent iPad Pro family forging a new path for the company’s tablet design language, it would seem that Apple has chosen to withhold that younger DNA from its new, more affordable tablets. As such, the new iPad Mini looks identical, right down to the Lightning port, to its predecessor.

You get the same 6.1mm thick form-factor, all set around a 7.9-inch Retina Display, the resolution of which remains unchanged against the iPad Mini 4 too. The glass frontage meets with a metal unibody sporting rounded edges and hardware controls set into each side. 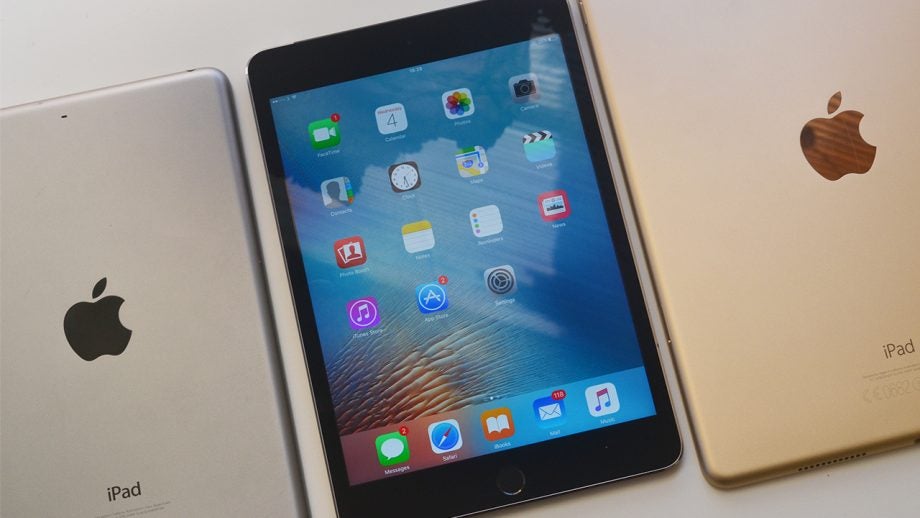 Physically, the only real tweak is a slight increase in weight but for 99.9 percent of users the extra subdivisions of a gram will prove imperceptible, with both the Wi-Fi only and cellular models on the newer Mini coming in at a sliver over 300 grams (while the Wi-Fi only iPad Mini 4 weighs 299 grams).

The Retina Display, battery and connectivity options of both marry up almost exactly, albeit with the addition of TrueTone support on the newer model.

Things start to deviate when it comes to raw performance, however, with Apple granting the 2019 Mini a long overdue chipset upgrade. Forthcoming owners of the new iPad Mini 5 will benefit from Apple’s current-generation A12 Bionic SoC, which offers a marked improvement across general performance, graphical fidelity and power efficiency, thanks in part to the 7nm manufacturing process it’s built upon.

Expect improved battery life in day-to-day use too, even if Apple maintains that both Minis dole out the same ten hours of web-surﬁng over Wi‑Fi.

As a result of the older underlying hardware design, the iPad Mini 5 doesn’t embrace the Face ID for iPad experience that the latest iPad Pros tote, instead reverting to Touch ID, as on the Mini 4.

One notable addition is Apple Pencil support. Adding stylus input for the company’s capable digital writing/drawing tool is a promising inclusion that students and artists will no doubt both appreciate. It’s worth highlighting that despite being the latest iPad to join the family, the new Mini 5 still only accepts the first generation Apple Pencil, so it can’t be attached to the tablet’s side and charge wirelessly.

After the iPad Mini 4’s initial run, the company simplified the storage options it was available in, down to just one 128GB option. It splits the difference with the iPad Mini 5’s 64GB and 256GB SKUs.

The main 8-megapixel camera most likely (and hopefully) makes use of a more up-to-date sensor, despite sporting the same resolution and aperture as 2015’s Mini.

Those who tend to use their tablet’s front-facing camera will also appreciate the significant resolution bump the newer model now possesses, with a 7-megapixel Face Time camera on offer in place of the iPad Mini 4’s paltry 1.2-megapixel sensor – an underwhelming inclusion when it launched, let alone during the years it remained on sale that followed.

While the new iPad Mini has now replaced the iPad Mini 4 on Apple’s website, the 4 was, until this point, available in both Wi-Fi only and cellular models, starting at £419 and reaching £549 for the latter.

With the option of two storage configurations, the pricing for the new iPad Mini 5 is a little more granulated. The 64GB Wi-Fi only model starts at £399, while the addition of cellular connectivity adds £120 and the higher storage capacity adds a further £150. As such, a top-spec 256GB Wi-Fi and cellular iPad Mini 5 will set you back £669.

The iPad Mini 4 isn’t available from Apple anymore, however, it can be had elsewhere. Meanwhile, the new iPad Mini 5 is available to order right now and will start shipping on March 28, 2019.

Apple’s decision to upgrade the iPad Mini line seems long overdue but additions like Apple Pencil support and the new A12 Bionix processor mean that we can’t be too mad at them. In its old age, the iPad Mini 4 became a poor purchase as a result of its ageing internals, the new iPad Mini makes for a far more sensible buy.