We awarded the iPad Air 4 the full five stars following our in-depth review, so how can Apple possibly improve upon it for the inevitable next version? Well, here are five areas it could consider along with the latest news and leaks for Apple’s iPad Air 5.

It has been reported that Apple could be planning to use an OLED display on a future iPad Air model coming in 2022. This would be alongside the use of Mini-LED in the iPad Pro 2021 line.

Apple has always used LCD tech in its iPads, however OLED offers greater contrast and perfect blacks. In some cases, it can also help save battery life due to the way it displays pixels.

OLED panels are far superior for HDR content too, so this move should give a boost to media binges. Apple currently uses OLED panels in both the iPhone 12 and Apple Watch 6 ranges, so it wouldn’t be too much of a surprise to see the same tech hit other product lines.

Of course, if Apple is planning an iPad Air 5 for 2021 then we might have to wait until the iPad Air 6 for this new screen tech. 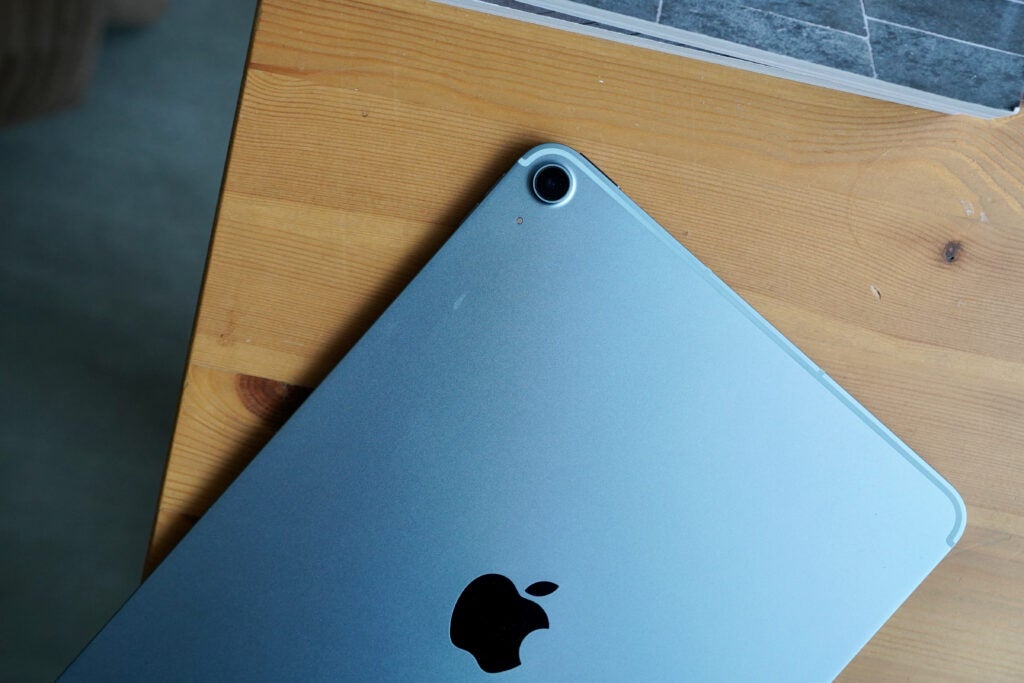 What do we want from the iPad Air 5?

1. Switch to a ProMotion display

The biggest reason to plump for the iPad Pro rather than the current iPad Air is the display. And we’re not talking about the resolution or display type, since they’re both identical. Instead, we’re talking about refresh rate.

The iPad Pro has what Apple calls a ProMotion display. This means the panel can change the number of times it refreshes a second, slowing down for video and ramping up for judder-free scrolling and responsive gaming. Like many Android phones, the screen can go up to 120Hz, which makes for a smooth experience that’s hard to leave behind.

Adding such functionality to the next iPad Air seems ambitious, since it will remove one of the key reasons to buy Apple’s top-tier tablet. Instead, we’d suggest a sort of “ProMotion” lite with a 90Hz refresh rate. This way, the iPad Pro remains on top, but the Air still benefits from a slightly quicker screen.

We had few gripes with the iPad Air 4. However, one thing did niggles was the lack of storage options. You can pick up the tablet in either 64GB or 256GB options, with a notable gulf in price between the two.

Choose the 256GB model, and you’d be nearing the price of the 128GB iPad Pro, while opting for the 64GB version will leave you tight on space. It’s a tough decision to make.

The simple answer would be to offer a 128GB option, since we often find this to be the sweet spot. Of course, what would be better is if this version replaced the 64GB (this is a £579 tablet, after all) – but we’d settle for the addition to the two currently available options. While we’re making our requests, a beefy 512GB or even 1TB option would be welcome, too.

Cellular iPads have been around for a while now, and they’re the ideal tool for those who work without Wi-Fi. Sticking a SIM card directly inside the tablet to browse the web and other connected activities is a breeze, and one of the ways an iPad overtakes a MacBook.

Of course, it would come as an added extra – not everyone would want, or need, it; but for those select few it would be a great upgrade.

The iPad Air 4 is currently available in only a single 10.9-inch size. If you want a larger iPad then there’s the 12.9-inch Pro, but that will cost you a lot more.

We’d love to see Apple offer a larger version of the Air, giving those who want a roomier screen the option of not having to spend close to £1000 on the Pro.

5.  Build in the MagSafe tech from iPhone 12

This is a long shot – but wouldn’t it be clever if Apple somehow managed to add the magnetic MagSafe tech from the iPhone line into next iPad Air? Possibly along with support for wireless charging.

Imagine charging up your iPhone or Apple Watch by attaching it to the back of the iPad, or sticking the MagSafe wallet to it. We’d no doubt see third-party accessories, too, such as keyboard cases and car mounts for the backseat.