The iPad Air 2 has been compared to the iPad Air in a new leaked video, showcasing the 6th generation iPad ahead of launch.

Apple is expected to unveil the successor to the iPad Air later this year, but that hasn’t stopped some getting their hands on the purported iPad Air 2 dummy.

Apple introduced the fingerprint scanner Touch ID home button with the iPhone 5S in September last year, but several rumours suggest that the iPad Air 2 and iPad mini 3 will be the first Apple tablets to gain the technology.

As you can see in the video below, the new iPad dummy features the Touch ID’s signature silver ring around the home button, compared to the familiar square icon on the current iPad Air.

Also visible in the leaked video is the difference in size between the iPad Air 2 and its predecessor. While the current model measures in at 7.5mm, it looks like the iPad Air 2 could be just 6.2mm thick.

This would make it even thinner than the ultra-slim Sony Xperia Z2 tablet, which measures up at 6.4mm thick.

As for the weight of the iPad Air 2, it looks like it is currently weighing more than the previous model. It weighs in at 472g compared to the 469g of the iPad Air, but it is important to remember than this dummy model contains no internal hardware and isn’t therefore indicative of a final weight.

Also, the Wi-Fi/Cellular iPad Air model weighs in at 478g, so it could be that the two generations come out similarly on the scales.

Other slight design tweaks noticed on the iPad Air 2 is that the dual speaker grille on the bottom on the iPAd Air has been replaced by a single line either side of the lightning port.

It also seems that the volume buttons have been slightly recessed compared to the previous model as well.

These tweaks may just be unique to the dummy unit though and may not make it into the final retail product when it launches later this year. 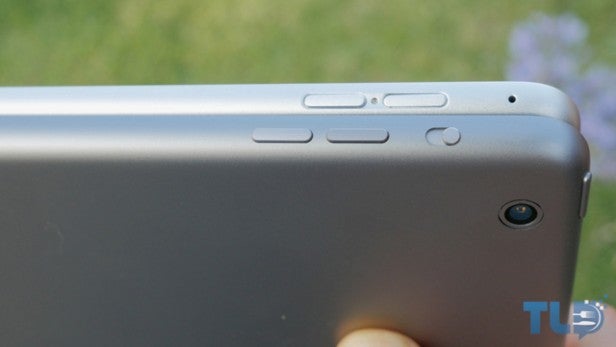 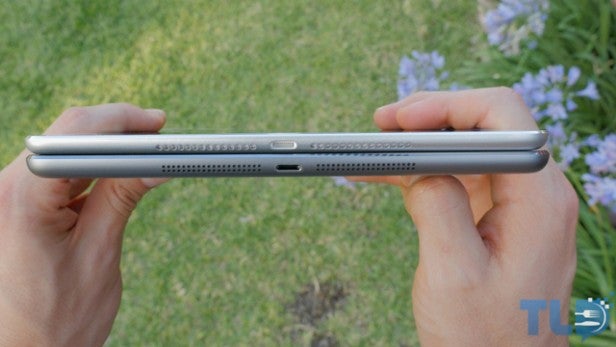