Apple has officially announced iOS 8 at its annual WWDC 2014 conference, claiming it is “the biggest update since the launch of the App Store”.

Compatible with a range of Apple’s portable products, including the iPhone 5S, the more colourful iPhone 5C, the iPad Air and iPad Mini Retina, the iOS 8 update will definitely precede a new range of hardware.

Although it won’t be available until the Autumn, Apple developers can download the iOS 8 beta right now, starting June 2.

“iOS 8 is a giant release and it is two stories not one. It has great user features but it also has great developer features,” said Apple CEO Tim Cook when launching iOS 8 in June. “iOS 8 builds on iOS 7 with new features for iPhone and iPad.”

Apple has revealed that the iOS 8 release date is scheduled for sometime in the autumn, but is keeping quiet as to an exact release date. Most likely because, as with iOS 7, it will become available the same day as the iPhone 6 lauch, expected in September.

Developers can download the iOS 8 beta from June 2, letting them get access to the wealth of new developer tools opened up with the newest mobile operating software.

At least we know what devices iOS 8 will work on though, and it looks like the iPhone 4 is getting cut off.

The following devices will be able to download and run iOS 8: 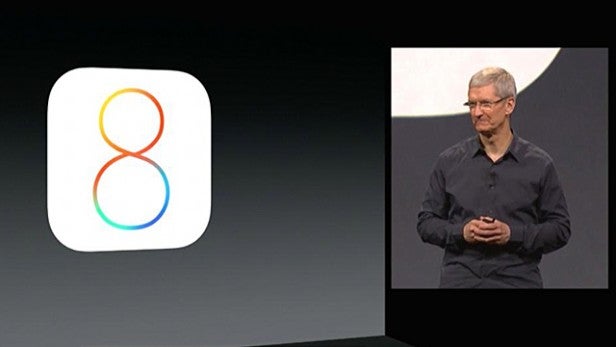 iOS 8 is visually very similar to iOS 7, with vibrant colours and soft, translucent shapes used throughout the UI. It is function, not form, however where the big changes are to be made, with major improvements to a number of core features.

If you head over to our iOS 8 vs iOS 7 comparison, you’ll be able to see all the new features Apple has confirmed will come with the new iOS 8.

But if you’re looking for a quick overview, there are a few key features that you’ll want to read about.

For example, Apple is adding location sharing into the Messages app and you’ll be able to enable Do Not Disturb markers on particularly noisy threads. Plus, you can also download third-party keyboard apps, such as Swype.

Apple has also introduced a new native keyboard called QuickType, which is “personalised and it learns how you type to different people in different apps,” according to Apple’s Craig Federighi.

iOS 8 also introduces a new feature called Family Sharing. This lets up to six family members share the same downloaded iTunes and App Store content, as long as they are tethered to the same credit card.

Mail also has some new features too, with Apple letting you swipe on individual emails to access additional options like flagging.

As for your iOS 8 personal assistant, Siri gets enhanced with Shazam song recognition and 22 new dictation languages. You’ll also be able to purchase iTunes content with a voice command in iOS 8 and Siri will be able to recognise streaming voice recognition, meaning you can start talking to her without having to press a button. 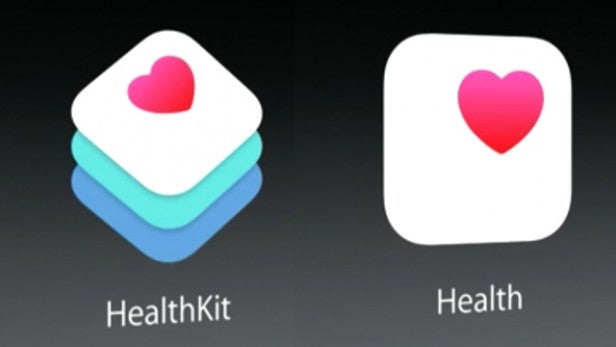 One of the major focuses with iOS 8 is the new healthcare hub – HealthKit. This hub provides a place where all your health and fitness data can be combined into one view that gives you a “comprehensive picture of your health situation.”

“Developers have created a wide range of health care devices and accompanying devices,” said Apple’s Craig Federighi. “Everything from monitoring your activity level, your heart reate, to your weight and chronic medical conditions like diabetes.”

“Up until now the information gathered by those applications lives in silos, you can’t get a single comprehensive picture of your health situation. But now you can with HealthKit.”

The HealthKit hub is also aided by an additional app known as Health, which is Apple’s own fitness and well-being monitoring service. It offers all the standard health data including distance walked, calories burnt and activity times, among other as yet unannounced features. 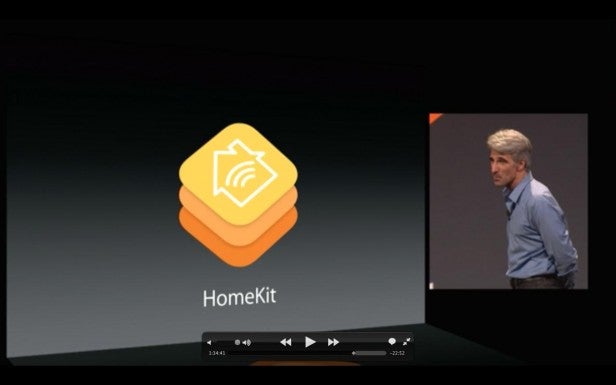 Although this isn’t quite Apple’s own smart home platform, HomeKit is a platform that gathers together existing home automation services into one umbrella app.

You’ll be able to control individual smart home devices from the HomeKit app and you can even use setting with Siri voice commands.

“There are a lot of great home automation devices coming on the market these days and they have companion apps, things like lights and door locks, webcams, garage doors and thermostats. But each of them have their own applications and they end up defining their own network protocol, their own security mechanism. So we thought we could bring some rationality to this space,” Apple’s Craig Federighi.

“With a common network protocol that has secure pairing to ensure that only your iPhone can open your garage door, or lock your door.”

Devices can be controlled individually or as part of a group with HomeKit too. For example, tell Siri to “get ready for bed” and she can automatically dim lights and lock your home’s doors.

Stay tuned for all the latest breaking iOS 8 news and rumours. What would you most like to see in iOS 8? Let us know in the comments below