Apple has confirmed that it will release licensed iOS 7 game controllers via Logitech and Moga, revealing its plans during a WWDC session.

Entitled “Integrating with Game Controllers”, Apple’s WWDC session revealed how serious the company is about producing licensed game controllers for its new iOS 7 operating system and confirmed they will be made by Logitech and Moga.

Apple speakers during the session offered a comprehensive guide helping developers to code their games for the iOS 7 controllers.

Two iOS 7 game controller concepts were outlined earlier this week, but Apple actually provided hardware example designs during the WWDC session. The first is a called a the “form-fitting extended gamepad” that wraps around an iPhone or iPod Touch that features the standard array of console gamepad buttons, D-pad, shoulder buttons and dual analog sticks.

The second option is the “standalone extended gamepad” that is not connected to the device in any way and could perhaps be used for iPad iOS 7 gaming. It has the same button layout as the “form-fitting” option but includes player indicator LEDs, meaning the device could support multiplayer gaming, akin to the Xbox 360 and PS3.

Handily, both controller options feature a pause button for quick access to the start menu of iOS games.

An iOS 7 release date has been scheduled for some time this autumn, compatible with iPhone 4, iPhone 4S and iPhone 5 devices along with iPad 2, iPad 3, iPad 4 and iPad mini. The 5th-generation iPod Touch will also be compatible with the new operating system.

Device specifications and accompanying APIs for the iOS 7 game controllers will be ready in time for the iOS 7 release later this year.

Next read what’s new with our iOS 7 features list. 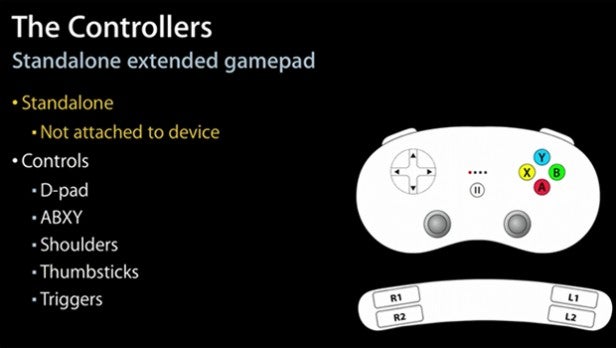 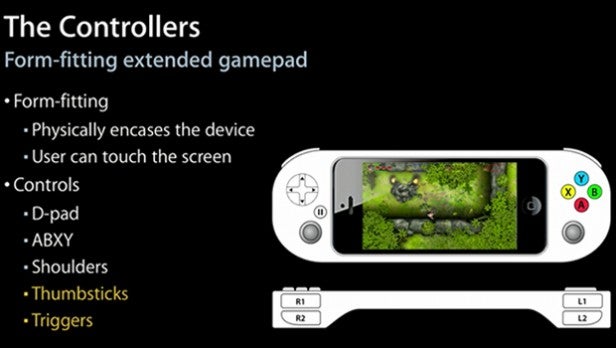 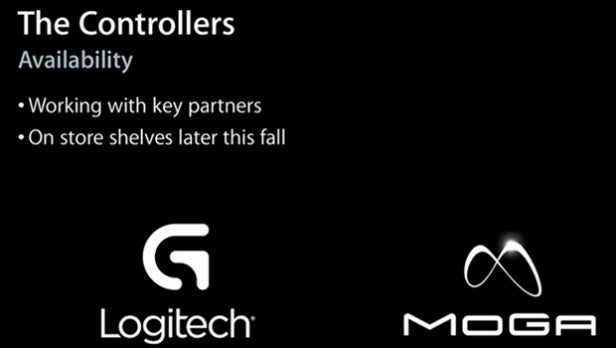