iOS is the foundation of every iPhone and iPad and we expect to see iOS 15 arrive later this year. Here’s everything we know so far about the software update and everything we want to see added.

If you use one of the best iPhones or best iPads then you’re using iOS. This is the software that powers Apple’s mobile devices and it gets one big update every year. This year iOS 15 is expected and we already know a few things.

Below you’ll find any rumours about the update that have so far leaked out, along with what features we would like to see the most.

Apple has announced that its annual WWDC (Worldwide Developer Conference) will kick off with a Keynote on June 7. This is typically the event where Apple details the next slate of software and it would be expected that iOS 15 will be a headline feature of the online-only event.

Apple usually then follows the announcement with a developer beta, with a wider public beta following a month or two later.

In terms of when you’ll see iOS 15 arrive on your phone, this usually happens around the same time as Apple releases a new device. If the iPhone 13 arrives in September, we’d expect iOS 15 to ship on that device and be available at a similar time.

iOS 15 phones – which iPhones will it be available on?

Apple does a great job at supporting its iPhones and iPads for many years after release, with some versions of iOS launching with full support for every device that ran the previous version.

Early rumours have suggested that might not be the case here, with both the original iPhone SE and iPhone 6S (along with its iPhone 6S sibling) set to miss out on iOS 15. You might also not be able to install iOS 15 if you have an iPad Mini 4, iPad Air 2 or iPad 5. 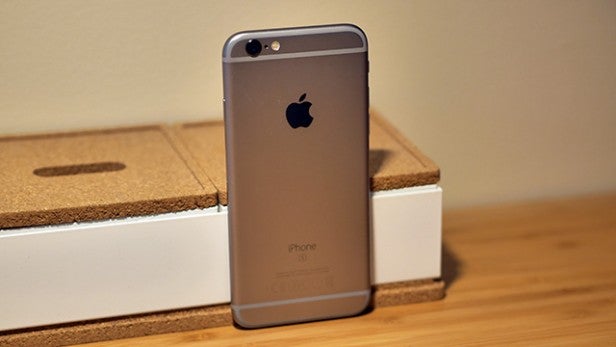 Our first big news regarding iOS 15 comes from Bloomberg, who have reported that the iPad could be set to get the biggest haul of new features this year when the software is likely announced at WWDC. This makes sense considering the iPad Pro 2021, with its M1 chip, has just been unveiled.

It looks like you’ll finally be able to place widgets anywhere on the homescreen, even completely replacing the app grid with these miniature apps. Currently widgets on the iPad are restricted to one small portion of the display. This is a lot more similar to how widgets work on an iPhone.

The same report states more privacy controls are coming too, with a new menu showing which apps are collecting data.

Another new feature, which won’t be restricted to the iPad, is improved notification preferences. You should, if the report turns out to be correct, quickly switch profiles between various modes like driving, sleeping or working.

It was a big step for Apple to give some wiggle room with default apps in iOS 14, however being able to use third-party alternatives for Mail and Safari just isn’t enough. In iOS 15, it would be nice to set default music players and SMS clients among others.

Apple added homescreen widgets in iOS 14 and they remain welcome additions. However, the lack of any interactivity limits the usefulness somewhat.

iOS 14 added support for widgets, like this one from Google

3. A new lockscreen with more info

The lockscreen on an iPhone is full of wasted space. With iOS 15, we would love Apple to take some inspiration from the Apple Watch 6 and give us some complications – little tidbits of information that are visible right away. This would work in tandem with the always-on display that is heavily rumoured for the iPhone 13.

The complications could include a glanceable look at the temperature, a look at your activity rings or even the number of unread notifications you have.

We don’t think Apple has ever really nailed notifications on an iPhone, especially when compared to Android. It still feels like all notifications are created equal, whereas what we really want is our messages upfront and everything else tucked neatly away.

Every morning iPhone users wake up to a lockscreen packed with countless notifications, none of which feel like they’re in any proper order. Hopefully iOS 15 will fix this.

Every time our reviewers move from one of the best Android phones to an iPhone it takes me a few days to remember they can’t open the camera just by just double-clicking the power key. This Android stalwart feature really needs to make its way to iOS as soon as possible.

6. iPhone-like widgets on the iPad

Widgets are treated differently on iPad and iPhone. On an iPhone 12 (or any other iOS 14-toting model) you can place widgets on multiple pages inline with apps. On an iPad, they are restricted to a single pane and must all sit in a row.

With such a big screen available, it seems odd that Apple didn’t let us put widgets anywhere on an iPhone from the off. Hopefully this will be rectified in iOS 15.