Let’s face it, Siri is desperately in need of the love and attention Apple is giving it in iOS 12. After pioneering personal assistants with Siri, Apple has lost a bit of ground to the Google Assistant and Amazon’s Echo in the last couple of years.

The headline new feature is Siri Shortcuts, which is now available for developers to try for the first time. Shortcuts will allow users to create custom actions featuring multiple first- and third-party apps, storing them under a single voice command.

So, if you say “heading home”, the Shortcuts app will load the route in Apple Maps play your favourite commuting playlist and set your HomeKit-enabled appliances to your preferences. The assistant will also make intelligent suggestions based upon your routines. For example, it’ll tell you to call your grandma on her birthday.

Now the earliest iOS 12 adopters – Apple’s developer community – can start testing the feature in their apps within the latest beta. Siri Shortcuts is being made available to develops via the TestDrive app, rather than as part of a new beta. 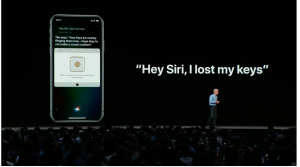 Here’s how Apple describes the feature (via 9t05Mac): “Siri can now intelligently pair your daily routines with third-party apps to suggest convenient shortcuts right when you need them.

“So if you typically pick up a coffee on the way to work, Siri will learn your routine and suggest when to place your order from the Lock screen. You can also run shortcuts with your voice or create your own with the new Shortcuts app.”

Devs interested in testing the Siri Shortcuts beta will need to request it from the TestFlight platform within the Developer Centre. The feature may arrive in a later iOS 12 public beta, but most iPhone owners will experience it for the first time when the consumer version of the software rolls out in September.

Which iOS 12 feature are you most looking forward to rolling out? Can you envisage using Siri Shortcuts a lot? Drop us a line @TrustedReviews on Twitter.