Intel’s refreshed the 8th generation of its CPUs again, bringing new Whiskey Lake and Amber Lake-architecture processors to the table.

While this doesn’t represent a huge iterative jump forwards – for that you’ll need a 9th generation CPUs like the Intel Core i9-9990K and later on, a 10nm Ice Lake processors – the Whiskey Lake and Amber Lake updates will bring some key benefits to laptop buyers.

Promised benefits include support for gigabit Wi-Fi and integrated LTE (4G) SIM cards and integrated USB 3.1 and Thunderbolt 3 support. For this reason, laptops with Intel’s new refreshed 8th CPUs will come with stickers saying ‘Optimized For Connectivity’, so at a glance you’ll be able to tell the difference between a new 8th Gen laptop and an 8th Gen laptop from last year.

Other benefits include improved video rendering times and battery life, with a device powered by the top tier Whiskey Lake CPU giving Intel an impressive 16 hours of video playback.

In other words, you’ll be able to power through more video edits and upload hands-ons to YouTube that much quicker, all with having more juice left in the tank.

But what about the CPUs themselves? What names and numbers should you be looking out for when picking your next laptop?

We’ve got full specs for all of them below. After that, we’ll explore some of Intel’s claims about the benefits of this 8th Gen refresh in more detail. 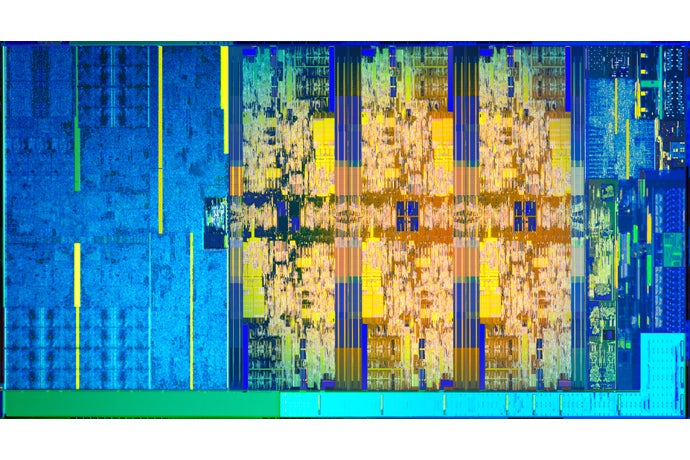 What is Whiskey Lake?

Whiskey Lake refers to the architecture for Intel CPUs from the refreshed 8th-generation range. They follow the 14 nanometre process.

A step up from Amber Lake, Intel has said that CPUs based on Whiskey Lake architecture will have the U-series designation, which are a little more capable and more power-demanding than processors from the Y-series. These will likely appear in laptops aimed at creatives and gamers. As such, there’s no price info for these as such – you won’t be able to pick these off of the shelf for a custom PC build and given that they’re geared towards portable devices, nor would you want to.

Related: Best Intel processor: Core i3, i5, i7 and i9 explained

Don’t expect Whiskey Lake laptops to be cheap – the Razer Blade Stealth 2019 features the top line Core i7-8565U processor, and these start at £1299.

While UK pricing has not been confirmed for the LG Gram 17, this range will start at $1699, which converts to around £1300, not accounting for VAT and regional pricing. £1300 is about what you can expect to pay for an Asus ZenBook 15 now, as well.

Given the capabilities and touted features of Whiskey Lake, like gigabit Wi-Fi and fast video rendering, don’t expect to see prices venture too far below the £1000 mark.

Whether we’ll see any future laptops housing the Whiskey Lake CPU for a cheaper price remains to be seen, but we’ll update this section as soon as we get more information.

The Razer Blade Stealth 2019 and Asus ZenBook 15 (UX533FD) are available to buy now. More laptops featuring Whiskey Lake CPUs are due to hit shelves later in the year.

The Acer Swift 5 will be one of the first laptops to house the Whiskey Lake CPU, releasing as soon as this September.

We’ll likely have to wait a little longer to see other laptop manufacturers follow suit with the Whiskey Lake CPU, but we expect more to launch later this year, potentially including the Asus ZenBook 2018 lineup.

What is Amber Lake?

Amber Lake is Intel’s code for low-powered CPUs from its refreshed 8th-generation range. They follow the 14 nanometre process.

Ran Senderovitz, Vice President and General Manager for Intel’s Israel Development Centres, said that Amber Lake CPUs are “optimised for laptops with very thin, fanless designs… these are very thin, as much as 7mm thin, and very quiet.”

Given their low-power focus, it’s expected that laptops and 2-in-1s running on Amber Lake-based CPUs, as their Y-series suffix suggests, will be priced towards the lower end of the market, but we don’t have an idea of prices just yet.

As with Whiskey Lake CPUs, Amber Lake is designed for laptops – you won’t be able to buy any off the shelf and start building a gaming PC.

Besides the nebulous ‘fall‘ (or ‘autumn‘ to people on the other side of the pond), Intel hasn’t said when the first devices running on Amber Lake-based CPUs will hit the markets.

Intel’s presentation said that you’ll be able to create 4K videos ‘up to 6.5x faster’, but that’s based on a test of a device powered by one of the new Whiskey Lake CPUs (i5-8265U) running an unspecified version of PowerDirector vs the Core i5-4200U, a processor we saw in mid-range ultrabooks and education-centric laptops from 2014, running the same software.

A fair basis of comparison? On the surface, maybe not, but Intel’s General Manager for Mobile PC Segments Josh Newman says that the company is “targeting people on five year old or older PCs who may not know that they’re being held back.” So in that context, picking an older CPU is a shrewd basis of comparison.

As for how this compares to more recent laptops, note that we’re changing up how we test performance laptops geared towards creatives and video editing will form a key part of this, so watch this space.

The smallprint on a slide on Intel’s presentation claims that 802.11ac 2×2 will give you and expected maximum throughput of 1213Mbps and a theoretical maximum of 1733Mbps. Additionally, in order to get gigabit Wi-Fi working, you’ll need to be connected to a router that supports 160MHz channels.

To demonstrate this, at a press event, Yuriy Kozachuk, analyst for Intel’s perceptual computing team demonstrated gigabit Wi-Fi in action, and moved a 10GB file from a NAS drive (a Synology DS718+) to an unspecified Whiskey Lake device via a Netgear Nighthawk X10 R9000, and the file transfer completed in around 1 minute 12 seconds.

As with all kinds of wireless connectivity, environmental factors and the materials a device is made of can play as much a part as network ones. The device we saw also wasn’t running anything else at the time, so while it’s maybe not wholly representative of a real-world environment (where you’d have 30 tabs open in Chrome and Spotify blaring in the background), it was impressive.

We’re looking forwards to seeing if we can replicate this when we get some NAS drives and advanced routers in for testing, not to mention Whiskey and Amber Lake laptops.

Intel’s claiming that laptops powered by its flagship Whiskey Lake CPU will see you able to get around 16 hours of playback, which is an impressive claim.

On paper that’s enough for you to play all of the extended cut versions of the Lord of the Rings films, if you were so minded.

But how did Intel arrive at this 16 hour figure? Similar to how we recently tested the longevity of the 13-inch MacBook Pro 2018 – by setting the screen brightness to 150 nits and looping a two minute 30fps 4K clip ’til the battery carked it – Intel set the screen of an unnamed device powered by the i7-8565U to 200 nits, let the OS idle for 10 minutes before looping a locally stored 24fps 1080p video file until battery death occurred.

Figures for the rest of the range weren’t forthcoming at the time of writing, but we’ll update this, and as and when we start picking up review samples with Whiskey Lake and Amber Lake CPUs, we’ll put them through their paces, too.

What do you think about Intel’s new laptop CPUs? Will you be upgrading your five-year old laptop now or will you wait for some Whiskey? Let us know @TrustedReviews.