Intel Meteor Lake is confirmed to be the first desktop processor from Intel to feature a 7nm architecture.

Intel’s new CEO Pat Gelsinger revealed the news on 23 March 2021, while also suggesting the new processor will launch in 2023.

This is a major breakthrough for Intel, which has been stuck on a 14nm architecture for desktop processors for a good few years now. While the new Intel Rocket Lake processors uses a 14nm process, AMD’s Ryzen 5ooo chips are based on TSMC’s 7nm process, giving the latter a major advantage.

Why is a smaller process node important?

Having a smaller ‘nm’ essentially means a chip can feature smaller transistors, allowing the processor manufacturer to fit more of them onto a chip while also boosting the power efficiency. Having a smaller die also allows allows for more cores per chip, which explains why AMD has seen a strong lead in terms of core counts in recent years when compared to Intel.

So it’s undoubtedly good news that Intel is finally moving onto a 7nm process, but is it too little too late? Read on for everything we know on the upcoming Intel Meteor Lake desktop processors.

It’s unlikely that we’ll get a more specific launch date until 2023, so don’t expect any more news on this front any time soon. 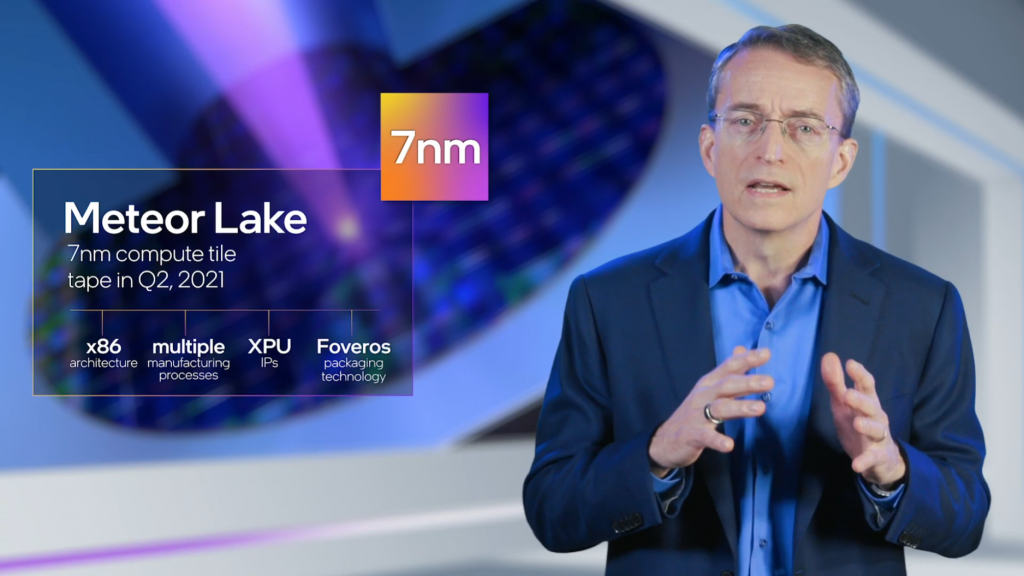 There’s not a lot of information available about Intel Meteor Lake right now, but Intel has confirmed it will become the very first desktop processor from the company to feature a 7nm architecture.

This could not only make Intel’s upcoming desktop chips more power efficient than previous generations, but also potentially allow Intel to fit more cores per chip. This is an area that Intel has been lagging behind AMD in recent years, making such a move vitally important.

Intel’s CEO Pat Gelsinger also revealed that Meteor Lake will use a hybrid approach, using different types of cores on a single chip. This will be a similar architecture design to that of the upcoming Alder Lake processors, which feature both 10nm Gracemont and 10nm Golden Cove cores.

Intel will also be using its Foveros Packaging Technology with Intel Meteor Lake, which has previously been used with the existing Intel Lakefield processors.

That’s about the gist of what Intel has shared about Meteor Lake so far, with the new processor generation still far away from release. More specific details, such as core counts and frequency speeds, are unlikely to be shared until 2023 at the earliest.

The reveal of Meteor Lake is undoubtedly very exciting for Intel fans who have been waiting for Team Blue to finally make the move to a 7nm manufacturing process. With AMD already selling 7nm processors that are packed full of cores and threads, it’s extremely important that Intel is finally catching up in this regard.

However, AMD has already confirmed that it plans to launch its Zen 4 processors in 2022, which will feature TSMC’s 5nm process node. With that in mind, Intel still has a lot of work to do to make up for lost time with its 7nm woes. Meteor Lake will unlikely be a quick fix for all of Intel’s recent issues, but it’s at least welcome news to see Intel back on track.