Apple is continuing to sell Intel-based versions of the 13-inch MacBook Pro and Mac mini computers, despite revealing new models based on the M1 chip.

During the One More Thing event on November 10, Apple revealed the first Macs to run the new Apple Silicon hardware, but in the immediate aftermath of the event, it’s clear Apple isn’t completely ready to turn the page on Intel.

However, Intel-based MacBook Air laptops are no longer on sale following the event, meaning only the new fanless MacBook Air M1 is up for grabs moving forward

The discovery was made by Bloomberg’s Apple reporter Mark Gurman, who hinted some Mac users may still opt for Intel Macs for software compatibility reasons in the short term.

Gurman suggests the move “doesn’t show the ultimate confidence in the new chips and software compatibility.”

Those other reasons to keep them around? It could also be that Apple has higher inventory of the Mac mini and 13-inch MacBook Pro laptops it is looking to shift before the transition kicks into overdrive.

It’s also possible that Apple is conscious that many users who rely on their Mac for work might be reluctant to make the switch before all compatibility issues are ironed out. Given the M1 versions aren’t available until a week form now, this also gives Mac users an option if their machines conk out in the meantime.

It’s also important to consider the MacBook Air is a consumer laptop, while the MacBook Pro and Mac mini are often used more frequently in work environments, it would make sense that the Air would be primed for the full transition with immediate effect. 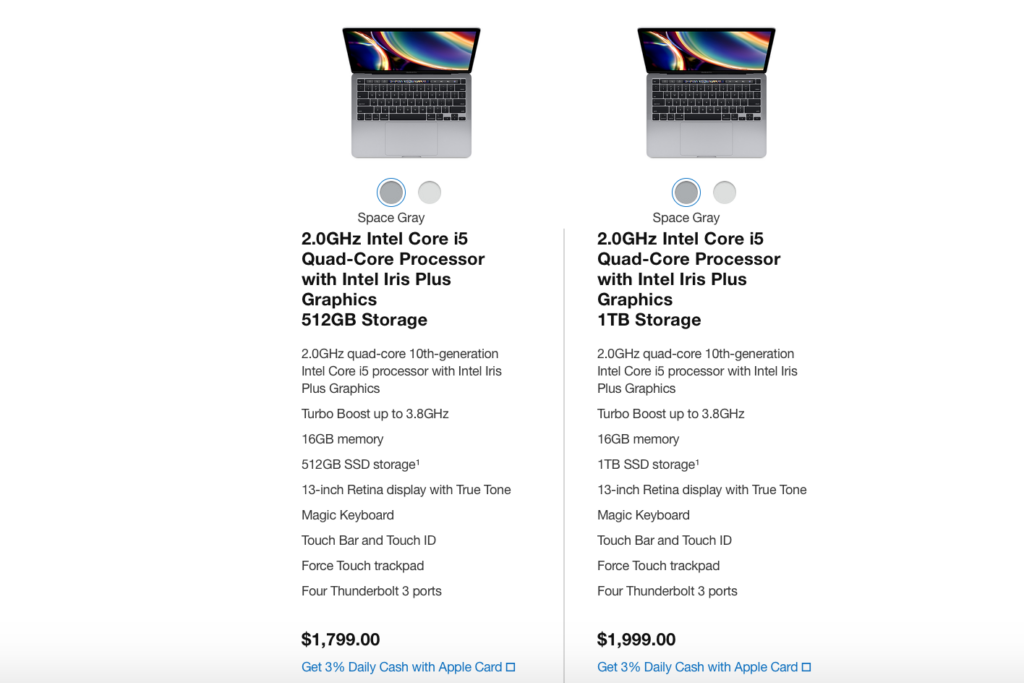 Today’s event marks a revolution for the Mac line of computers and puts the fate of the 40+ year old computing brand completely in Apple’s hands once again.

The first M1-based Macs will see serious battery life improvements, wake times akin to the iPhone and iPad ranges, as well as the ability to run native mobile apps on the desktop. There should also be speed and graphics improvements across the board.