Intel has taken a swipe at arch-rival AMD over some of its latest Ryzen 3 gaming performance claims arguing “it’s not about cherry picking benchmarks”.

Intel Architecture vice president, Jeff McVeigh argued it is better to look at actual gaming performance and average frame rates during a talk at the Intel Software Technology Day in London on Wednesday.

“Counter to what we’ll see from the competition, choosing a single benchmark across games. This is real world performance. Often a game experience is defined by the worst framerate. It’s not about cherry picking a few benchmarks,” McVeigh said.

McVeigh went on to highlight overall, holistic analytics tools, like the company’s VTune, as a better metric. VTune is a tool used by developers to check products performance and optimise them to work with Intel tech.

The metric showed Intel’s latest 10th Gen i7 U offering a clear improvement on AMD Ryzen 7 3700U chip performance on a variety of titles running without a dedicated GPU.

These included a 1.03x improvement on Fortnite, 1.16x improvement on Overwatch and 1.06 improvement on Rainbow 6 Siege performance in 1080p. The games on show may not be hugely modern triple-A games, but they all remain popular multiplayer titles. 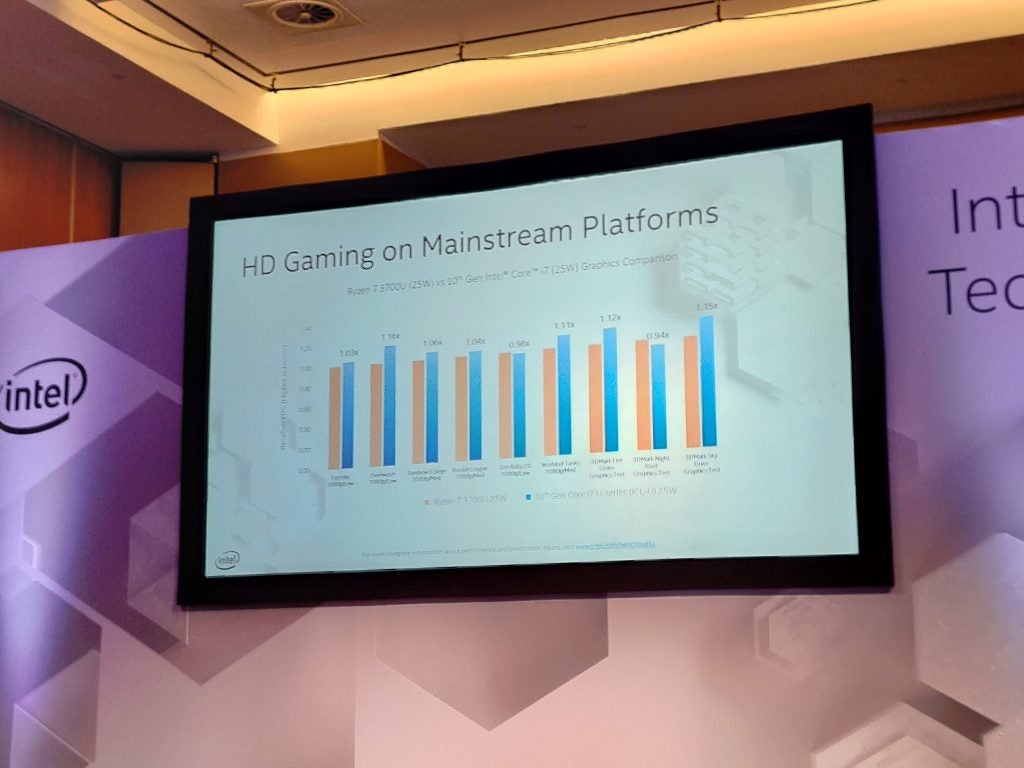 McVeigh highlighted Intel’s ongoing work to help developers and games engine makers optimise games to work with the company’s tech as a key reason for the improved performance.

“We work very closely with ISPs and developers to develop their software. One area we do this a lot is gaming with integrated graphics,” he said.

“In particular, there are two areas that help us [optimise games for Intel tech]. One is the breadth and depth of our partnerships and how we look at optimisation Not just CPU and GPU, how you optimise completely. We have partnerships with the entire ecosystem of game developers from Engine developers to IP developers.”

The Intel VP showcased the multi-thread support on World of Tanks as a key example of its success in the area.

“World of Tanks had 3.5 million users watching the eSports championship. Here we worked with WarGaming to optmise for integrated graphics. We worked with them for multi-threading across eight cores. This allows for a much better experience,” he said.

He added the optimisations will continue when the company finally releases its fabled and long-awaited discrete GPU products.

“When we move to discrete graphics we’re going to continue this. We’ve got a full GPU road map,” he said. 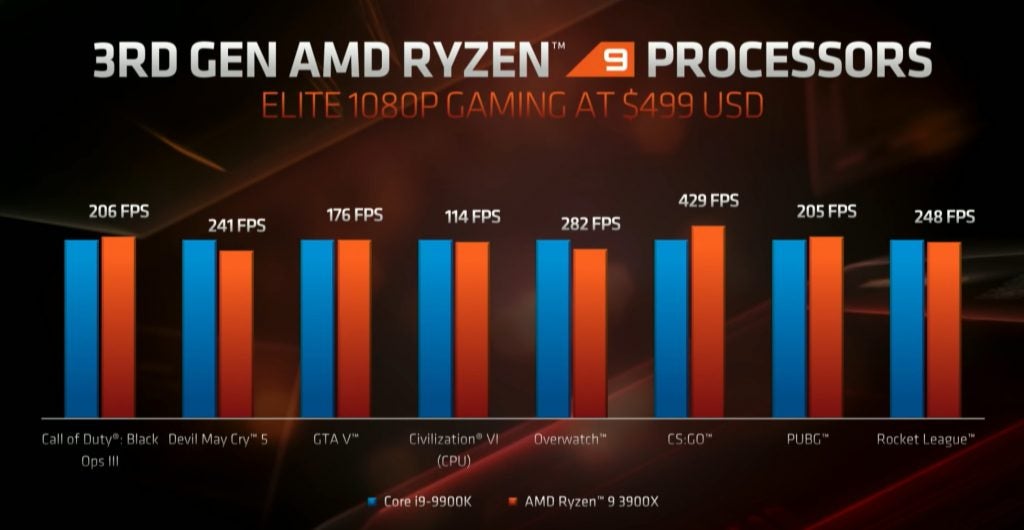 AMD unveiled its Ryzen 3 family at the Computex trade show in Taipei earlier this month. It later made claimed the CPUs would offer equivalent, and at times superior, gaming framerates compared to Intel’s current 9th gen chips at E3 in LA last week.

Any comparisons between Intel’s 10th gen would perhaps be a little premature considering Ice Lake is currently a laptop-only CPU, while the Ryzen 3 series is designed for desktops.

Intel chief architect and senior vice president, Raja Koduri made a similar claim earlier at the same event, claiming most gaming performance improvements will come from software and graphics optimisations.