The popular photo-editing and sharing app could soon be getting a new video functionality at Facebook’s event later this month.

Potentially a huge rival to the Twitter-owned Vine app or other video-sharing services like Viddy, Socialcam or Cinemagram, Instagram Video would reportedly allow users to take and share short snippets of video.

According to a source speaking to TechCrunch, the Instagram Video service would be able to support videos between 5 – 10 seconds in length, but it isn’t yet known whether it would include video filters. It is also unknown whether the video function would be part of the existing Instagram app or be a separate entity entirely.

Vine allows users to create six-second long looping videos, similar to the animated GIFs popular with online forums, and has achieved great success with social media users. However, if Instagram will also allow users to create videos, it could completely outshadow Vine’s achievements due to its established userbase.

Launched in January for iOS devices, Vine was also launched for Android devices at the beginning of the month, which caused shares of Vine videos to skyrocket. In fact, Vine shares surpassed Instagram photos on Twitter at the start of June.

Facebook would be wise to launch a video function for its Instagram service and is tipped to do so at its June 20 event. The social media network has attempted to restrict all leaks as to what it will launch at the press event, so this could be an intentional leak to draw heat away from the actual reveal.

“In recent years, the integration of user-generated video content within social media has not kept pace with photography, in large part because of a previous lack of tools that could showcase just what might be achieved with the moving image,” said Robert Mellberg, Founder of the Videofyme app. “There can be no doubt that the rumoured Instagram innovation will only help focus attention on – and interaction with – the social video medium and all of its recent innovations.”

“Instagram’s move will be good for all in the sector, and ensure that 2013 really proves the year that social video comes into its own.

Next, read our review of the Facebook Home Android skin. 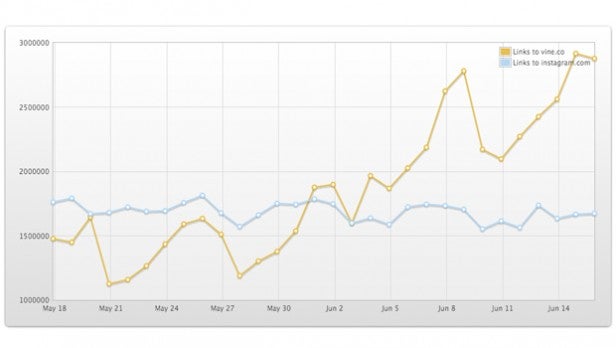