For an air purifier to be any good, it has to capture any fine particles in the air, particularly those that you can’t see. To show the effectiveness of its purifiers and shed some light on what’s really in the air we breathe, Dyson analysed filters from purifiers that have been used in people’s homes. What they found may surprise you.

Dyson purifiers, such as the Pure Cool+Humdify, are designed to capture microscopic particles as small as PM0.1, as well as gasses including Volatile Organic Compounds (VOCs), NO2 and formaldehyde. Dyson’s Microbiology team have looked into what exactly was captured by its filters and have found dead bugs, hair, dust mites and rubber particles discovered in used filters.

The most common compound found in the filters was human skin cells. The average person sheds between 5 and 15g of skin per week, most of which are flakes that are invisible to the human eye, and light enough to be carried by the wind around the home.

Hair is also very common, from both people and pets, which can often break down into particulate matter (very small particles), going airborne.

Dust mites are commonly found in Dyson filters, too. Mites eat skin cells and can live in soft furnishings, but also become airborne, which is how they’re caught in filters. Other insects bugs form regular household dust, too, also going airborne as they break down, as you can see from the insect wing in the picture below. 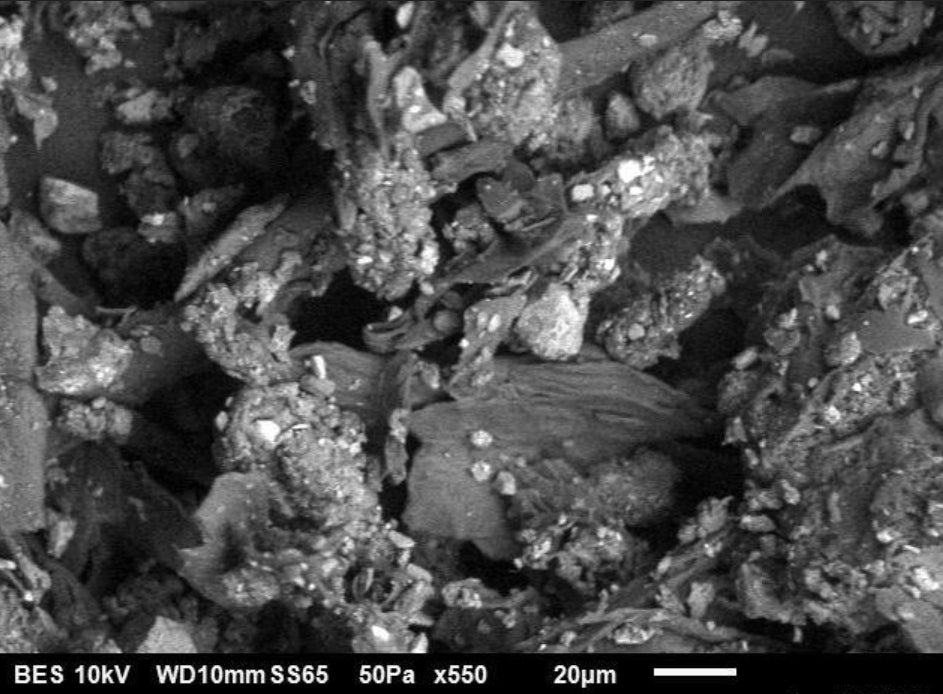 There’s also less natural ingredients in the air, put there by human activity. For example, Dyson found that a purifier used in a utility room was more likely to pick-up fabric fibres, to the point that using a light microscope could identify the offending item of clothing. And, in one home, the burning of scented candles caused blue crystals to enter the air.

Polluted air from outside can also have a big impact, too. Dyson found a lot of rubber particles from outside, most likely from cars breaking. Silicon balls, found in hairsprays and sun cream can also be detected, too.

“It’s usually the smallest pollutants in our air that we care about – VOCs, gases, carbon dust. These are the sorts of compounds you hear about in the news that are being researched. But for me it’s the larger particles that are the most interesting – they can tell a story and you find out so much about a person. I can usually detect if they have a pet, if they’re a smoker, whether they live near a busy road – the list goes on,” said Gem McLuckie, lead research scientist and Dyson’s microbiology lab.

What this analysis tells us is that outside of the more obvious sources of pollution, the air that breathe at home is full of a heady mix of organic and inorganic compounds, occurring naturally and put there by human behaviour.