In Total War: Three Kingdoms, spies are a very different beast. Unlike previous games, they’re no longer meant to be solitary agents darting around the campaign map, irritating other factions with the same handful of actions.

Instead, the process of sending a spy into hostile territory is meant to be much more interesting. Your goal is to have the enemy faction actually recruit your spy as a general, while being completely oblivious to the fact that they are not who they seem.

From this point onward your spy will follow their orders to the letter, leading enemy forces into battle, winning wars and gaining the trust of their new faction’s leader. Right up until the moment you’re ready to make a move, that is. 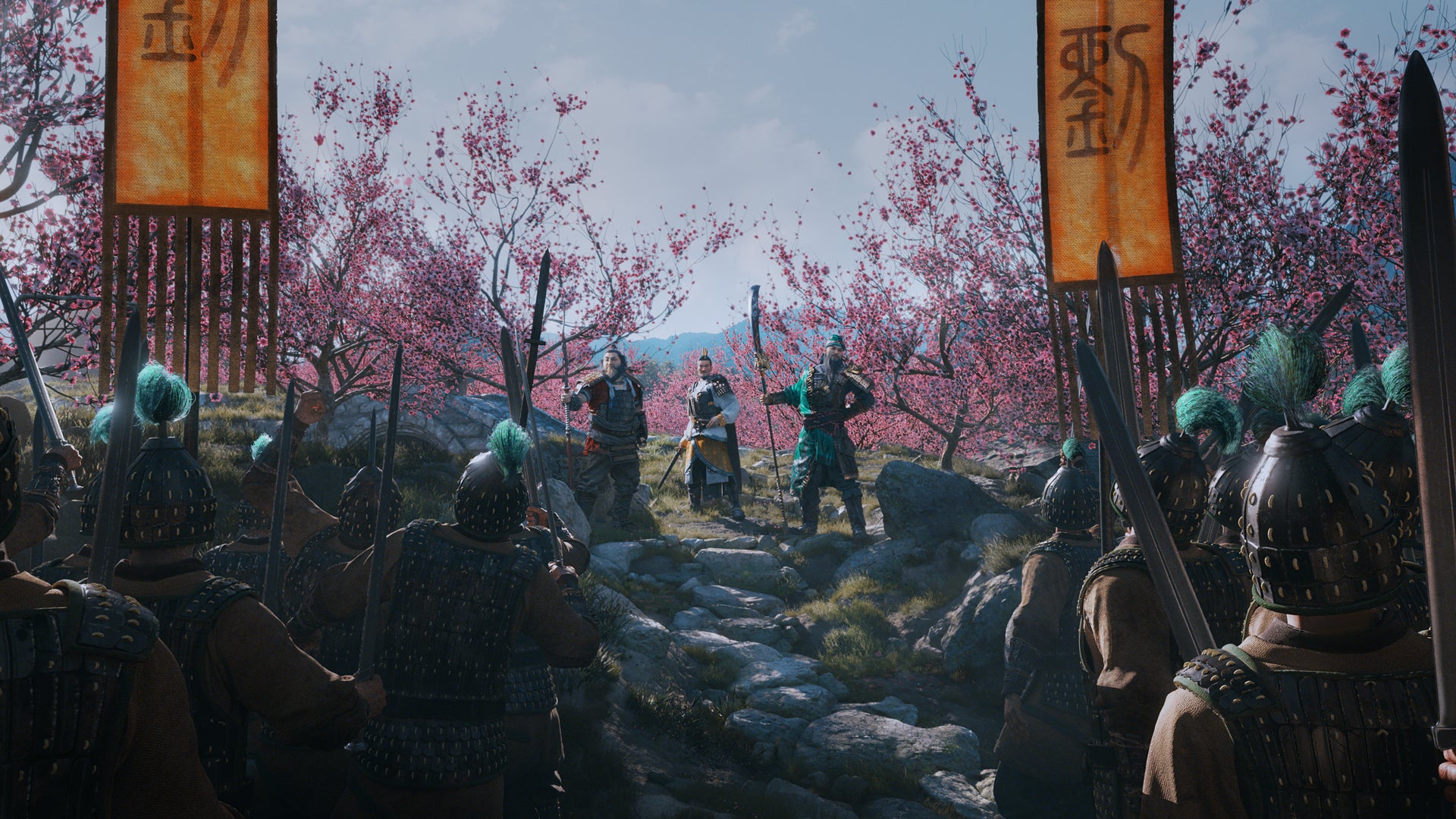 Creative Assembly hasn’t shown much regarding the game’s campaign map just yet and so we haven’t seen this in action for ourselves, but we did spend a good 45 minutes quizzing the developers on how it’s all meant to work at a recent hands-on event with the game.

Here’s what they had to say about their new approach to spies and how, with enough preparation, you could potentially use one to trigger a civil war within an enemy faction.

“Only certain types of characters are willing to spy,” explained senior game designer, Attila Mohacsi. “Although, if they infiltrate a faction, the enemy won’t know about that particular trait.

“From that point onwards, depending on where you put them in the enemy force, you’ll have access to different kinds of actions. These actions are also determined by how suspicious your spy seems to the enemy. You could, for example, ask a general to return to your side, but bring an enemy army with them.”

In the demo we played, we saw another potential scenario in which an enemy leader (it was Cao Cao, unsurprisingly) planted a spy in our force and then used that general to launch an ambush against our troops. In doing so, war was then declared between the two factions.

Not all spy abilities are meant to be this outwardly obvious, however. It’s also up to the player to keep their eyes peeled for subterfuge.

“So if the spy starts using actions,” said Mohacsi, “their cover level will start to drop. You might be told that your army is having difficulties and you’ll begin to wonder why. If the same character seems to be involved each time, eventually you’ll grow suspicious of them.” 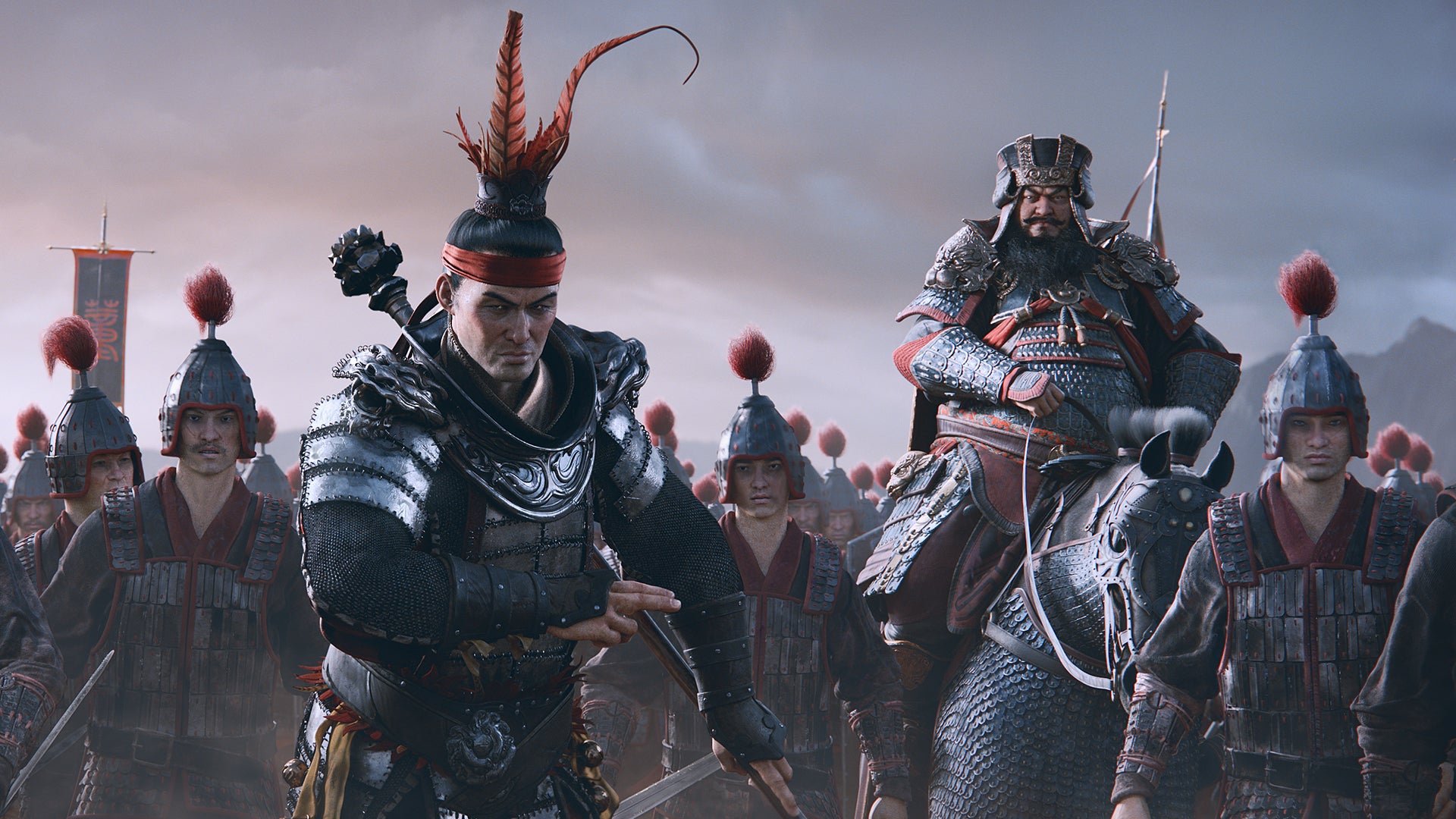 If you do suspect there’s an enemy agent within your ranks, there are a couple of different countermeasures you might want to take. Certain buildings help detect spies working against you, or you may want to send one of your own characters to spy on an enemy force in the hope that they can discover which of your generals isn’t to be trusted.

“That means next time the spy takes an action, they’ll be exposed,” said Mohacsi. “They can still be extracted at this point, but if the enemy faction can’t afford it, you’re given the most amazing choice. You can convince that character to spy for you instead and they become a double agent.”

“The original master of that spy won’t know they’ve become a double agent,” added communications manager, Al Bickham. “Stick that in your multiplayer pipe and smoke it!”

On that note, it’s worth knowing that Creative Assembly has also decided to rework the multiplayer in Three Kingdoms, partly because of this new approach to infiltration.

“In previous Total War games we’ve had co-op and head-to-head modes,” said Mohacsi. “But what if we just had one multiplayer mode, instead? A mode where you can never be certain if even your friends are sending you spies.”

Okay, so spying sounds pretty different this time around, but how do we use this setup to start a civil war?

Well, the first thing you need to know is that every single character in Three Kingdoms can perish. This even includes the character you select to play at the beginning of your campaign.

“These aren’t like legendary lords in Warhammer,” clarified Bickham, “who can fall in battle and then be back in several turns time. In Three Kingdoms, they won’t. They’ll die for good. If you commit Sun Ren to a duel and you lose her, that’s the end for her.”

If your faction leader dies, your heir will resume their place. This will likely be a son or daughter of that character by default, but you can nominate any of your generals, should you want to.

“If you don’t have a nominated heir, there will be a civil war,” said Mohacsi. “And if there’s nobody left in your family tree, it’s worse, you lose the game. It’s unlikely that this will happen, but it’s possible.” 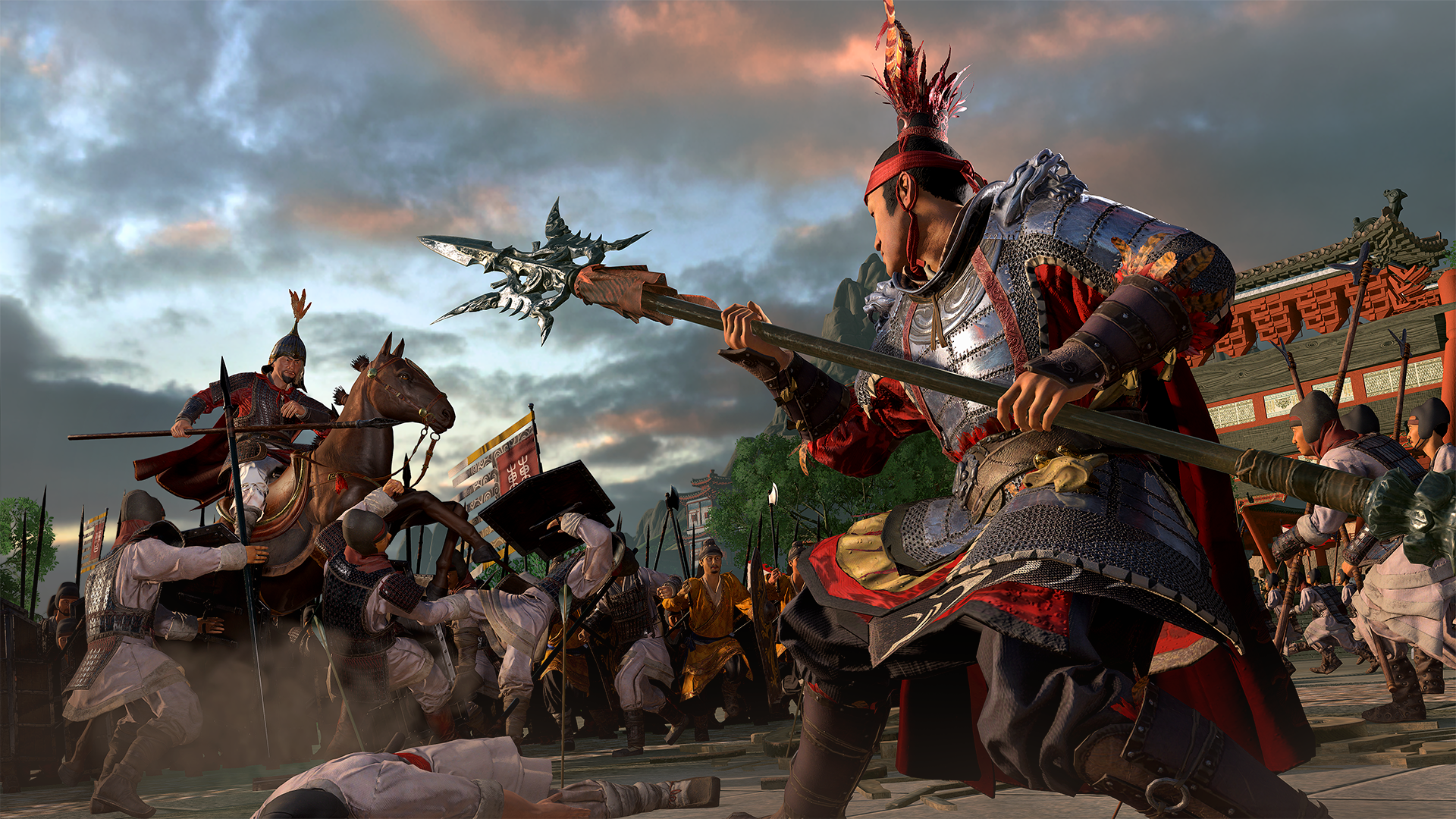 But here’s where things get super interesting. If your spy, after many years of hard work, is nominated as the heir to an enemy faction and then its leader dies, an automatic civil war will begin. If your spy and their supporters win the conflict, the entire faction will join your domain instead.

How are those supporters decided? Creative Assembly was a little vague on that detail, although we were told it would be based upon each general’s individual satisfaction with their previous leader. Unhappy characters may opt to join you instead.

Character satisfaction sounds more complex than some of the loyalty systems we’ve seen in previous Total War games. Although you’ll know right away if a character approves or disapproves of your actions, you won’t necessarily understand why to begin with.

“It depends on a character’s personality,” said Mohacsi. “This is one aspect of the character you’ll have to figure out over time. When you first hire a character, you don’t know everything about them.”

“It’s like a job interview,” continued Bickham. “You meet someone for an hour and form an opinion of them, but you’ve no idea of their real personality till you work with them for a while.

“So with characters, there’s a sense of predestination. Their personality is already mapped out and it’s there for you to discover as you play. It’s not like in other Total War games, where the personality of a character is pretty much defined by the points you put into their skill trees and the traits they get by doing certain actions. These characters have personality traits that will only become apparent over time.”

It’ll be awhile until we’re able to play around with any of these new systems for ourselves, but on paper at least, the whole thing sounds like a big step forwards for the series. And of course, it’s all totally in keeping with the incredible politics and backstabbing of the Romance of the Three Kingdoms.

If this stuff works as Creative Assembly suggests it might, Three Kingdoms could have one of the most inventive campaign maps we’ve ever seen from a Total War game.