Our pick this week is HyperDrive, an add-on for the new 2016 MacBook Pro that gives you all the ports the otherwise excellent laptop should have had in the first place.

And our one to avoid? We dig up a gem of a retro religious games console that puts the ‘fun’ in Christian fundamentalist.

What is the HyperDrive? 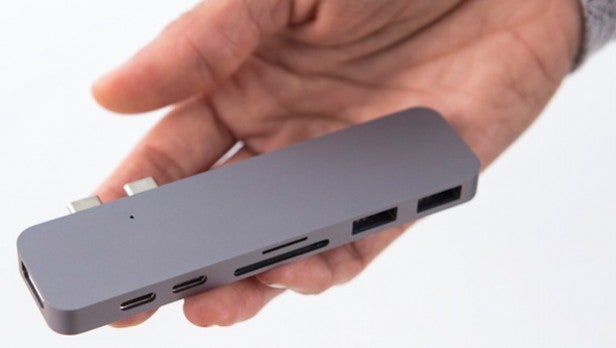 It’s a connectivity hub for the MacBook Pro that gives you a lot more options when it comes to charging and accessories. Plug it in, and you’ll get an HDMI, two USB 3.1, an SD/microSD card slot and two Thunderbolt/USB-C combo ports.

Because lately, Apple has been dropping ports from its laptops like they’re going out of fashion. Following in the footsteps of the 2016 12-inch MacBook and its predecessor, the 2015 MacBook, the latest 13-inch MacBook Pro only features USB-C ports. There’s no regular USB options, no SD card slot, and no video inputs, putting many of us off the notebooks.

It means that if you want to use or juice up accessories that don’t rely USB-C, you’ll need a variety of dongles, which gets a bit messy.

Or you could just buy the HyperDrive.

Related: What is USB-C? All you need to know 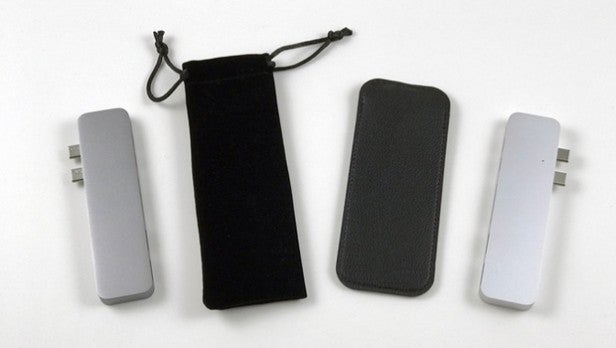 It basically fixes everything Apple managed to mess up with the MacBook Pro. Not only does it add all kinds of connections to your machine, it runs faster than most USB-C dongles, which are based on the USB 3.0 standard and max out at about 5Gb/s. The HyperDrive claims to be 10-times faster, because it uses two Thunderbolt 3 USB-C connections to snuggle up to your laptop.

With a 50Gb/s bandwidth, your file transfers will go in the blink of an eye, plus you get seven ports in one fell swoop, unlike most dongles.

It’s highly portable, too. , or stash away in your bag without bogging you down.

Plus, it matches the colour schemes of the new MacBook Pros, and the same model fits both the 13 and 15-inch models.

That should cover your needs. 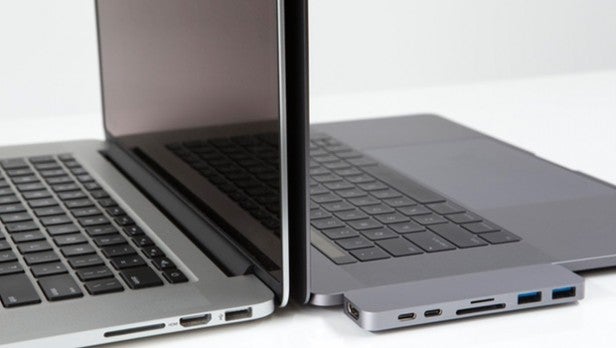 As we’ve explained before, crowdfunding is a risky business. When you back a project, you’re not ordering a product from Argos or Amazon, but rather pledging your support for an idea and the team/company that wants to make it.

All things being well, you’ll receive your product as advertised, but in a small minority of cases, the project flounders and backers get nowt – even established companies like former Kickstarter darling Pebble (RIP) have run into trouble for various reasons.

That said, the firm behind the HyperDrive has made four previous USB-C hubs, so it has plenty of prior experience. It’s already started mass production of the HyperDrive, and says it’s raising money through Kickstarter in order to achieve economies of scale and keep costs down.

If you’re unsure about any aspect of backing a project on Kickstarer, check out its backer FAQs for more info.

Apple sells a range of dongles, but they mostly only serve one port each, which means if you want to bring back the full range of ports offered on its previous MacBook Pro, you’ll need to spend a fortune on dongles – and then remember to carry them around with you.

There are others that have more connections, like this Satechi one, but they’re only powered by one USB-C port, giving them less bandwidth.

On paper at least, the HyperDrive really stands out compared to the competition. 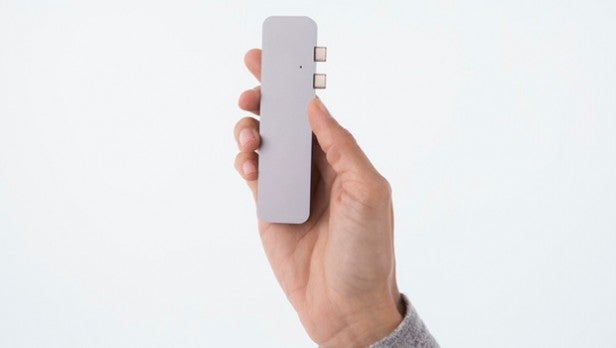 If you’re the owner of a new MacBook Pro and you’re after more connections, extra bandwidth, and less hassle, look no further.

The HyperDrive has already smashed its funding goal, with prices starting at $69 (£57). But, act fast as the campaign ends on Tuesday, January 17 and there’s a limited supply of many backer rewards – some are already sold out.

Shipping should start in March this year. 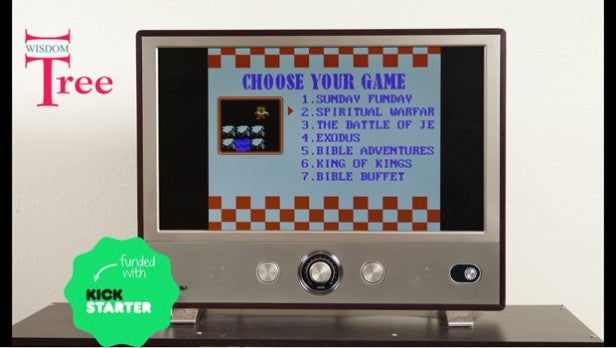 The Arkade. It’s a classic console plug-and-play, in the same vein as the Nintendo Classic Mini, but there’s one rather large caveat – it only comes preloaded with Christian games.

That’s right, every title is made by Christian game developer Wisdom Tree, previously behind smash hits like Super Noah’s Ark 3D for the SNES.

With names like Sunday Funday and Bible Adventures, they aim to instil bible teachings through interactive gameplay, which is fine if you like that kind of thing, but we’ll stick with Mario and Mega Man, thanks.

Like the sound of the HyperDrive, or spotted a better project on Kickstarter lately? Let us know in the comments below.