The robot uprising is coming, but it looks like the machines are going to try befriend us before taking over the world.

Despite what films like Terminator and iRobot have taught us, scientists have predicted the next couple of decades will see us entering relationships with, and even marrying, robots rather than taking up arms against our new droid masters.

At least that’s the viewpoint of Dr David Levy, author of the bestselling book ‘Love and Sex with Robots’, who has boldly predicted “The first marriage will be before, not after 2050.”

Speaking at a London based congress named after his book, Dr Levy suggested the rate of robot advancements, and their increased humanoid presence will soon see the lines blurred with what is and isn’t deemed morally acceptably between man and machine. 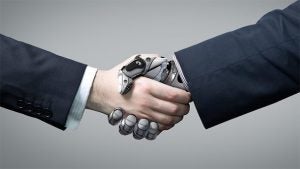 “We’re being forced to contemplate what human-robot relationships will be like a generation or two from now,” he said. “As love and sex with robots becomes more commonplace, we should come face to face with the very real possibility of marriage with robots.

“When robots are sufficiently human-like, sufficiently appealing socially, to the point where they can act as our companions, why not extend that companionship to marriage if neither party is against the idea?”

It’s not just marriage that’s on the cards either. Sex robots are already on the rise, and this could lead to weird relationships that us bags of flesh and bone are simply unable to remove our emotions from. 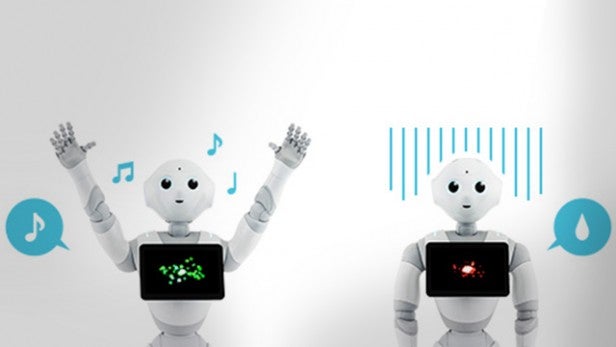 “As more and more people come to accept the concepts of sex and love with robots, so societies will develop laws that govern human-robot relationships,” Dr Levy stated in his speech.

“By the time there are no laws to prevent human-robot marriages, robots will be patient, kind, subjective, loving, interesting, truthful, persevering, respectful, uncomplaining, pleasant to talk to and showing a sense of humour.

“And the robots of the future will not be jealous, boastful, arrogant, rude, self-seeking or easily angered, unless of course you want them to be.”

Given that Dr Levy has predicted the first human-robot marriage is less than 35 years away, it’s possible that the first human to wed a machine has already been born. Creepy.

Should humans be allowed to marry robots? Have your say in the comments below.