Huawei is at least considering making a smartwatch that comes with a set of built-in Bluetooth earbuds, which can be removed from the device when needed, then stowed again at the end of a listening session.

In the documentation for a patent it was granted last month, Huawei illustrates how it would create such a device, proposing to either house the earbuds in a capsule drilled into the unit itself, or in a magnetic chamber in the clasp of the watch strap.

That raises the question of why you’d want to. Sure, storing your earbuds in something you’re going to have on you at almost all times is a little more convenient, but look at how much heft (below) both proposed designs add to the wearable. 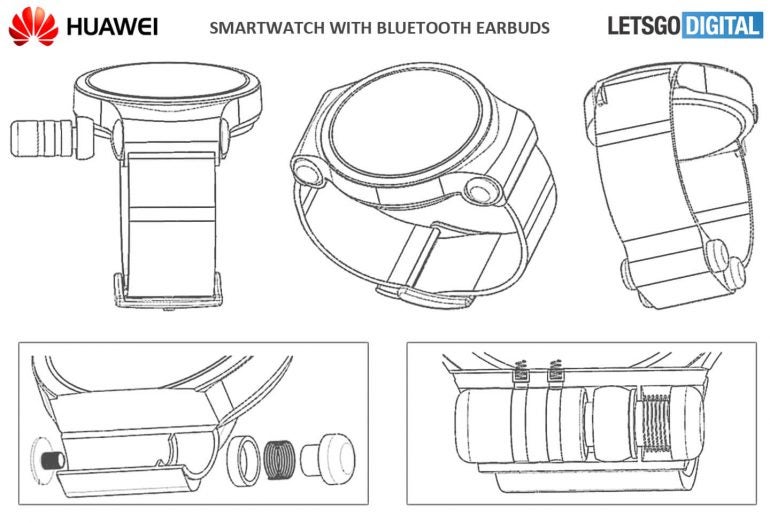 If Huawei were to release an earbud-bearing smartwatch, and it shouldn’t, the first approach would be the most sane, nestling them in a capsule in the unit itself that’s armed with a spring mechanism that opens and closes to keep them safe.

Housing them in the watch strap couldn’t be a worse idea as it would prevent you from laying your forearm flat on a surface. Just imagine trying to write with two cylindrical barrels attached to the underside of your wrist. It would be impossible.

This is one instance where bigger isn’t better

I can see why Huawei would think it’s a good idea. Stowing your earbuds in your watch would put an end to the problem of forgetting them when leaving the house, but it would create a new problem of having a watch that’s so large it’s uncomfortable.

Do you think there’s a gap in the market for a smartwatch that houses a pair of earbuds? Let us know over on Facebook or Twitter @TrustedReviews and you might be featured in one of our posts!