Huawei P20 vs Galaxy S9: The battle of the Android flagships

Chinese smartphone manufacturer Huawei took to the stage at a dedicated event in Paris on March 27 to take the wraps off the flagship Huawei P20 – a smartphone designed to rival the likes of the Galaxy S9, iPhone X and OnePlus 5T.

But how does it compare to Samsung’s top-of-the-line handset? Let’s find out.

The Huawei P20 isn’t too dissimilar to the Galaxy S9 from a cosmetic standpoint. Both are constructed from a mixture of durable glass and aluminium – with the former occupying the front and rear of the handset, and the latter making up the frame that holds everything in place.

That’s not to mean there aren’t any differences, though, because there of course are.

The Huawei P20, for starters, is equipped with a 5.8-inch near-edge-to-edge screen, complete with an iPhone X-esque notch at the top. Samsung opted for a near-identical panel for the Galaxy S9, but decided against a cut-out, instead leaving an equal amount of dead space at the top and bottom for a more symmetrical appearance. While the display on the P20 is LCD (you’ll have to plump for the Pro version to get OLED) the S9 sticks with the OLED tech. In a bid to make the Huawei P20 a little thinner than the competition, Huawei scrapped the 3.5mm headphone port, leaving those wanting to connect an AUX cable with no choice other than to use an aftermarket adapter – not dissimilar to the solution market leader Apple offers iPhone owners wanting to do the same thing. You do at least get the adapter in the box, along with a set of USB-C headphones.

But the biggest difference comes in the form of the camera setup. The Galaxy S9 has a single sensor with a variable aperture. The Huawei P20, on the other hand, doesn’t have an adjustable aperture, though it does have a Leica-made dual-camera that makes use of artificial intelligence. 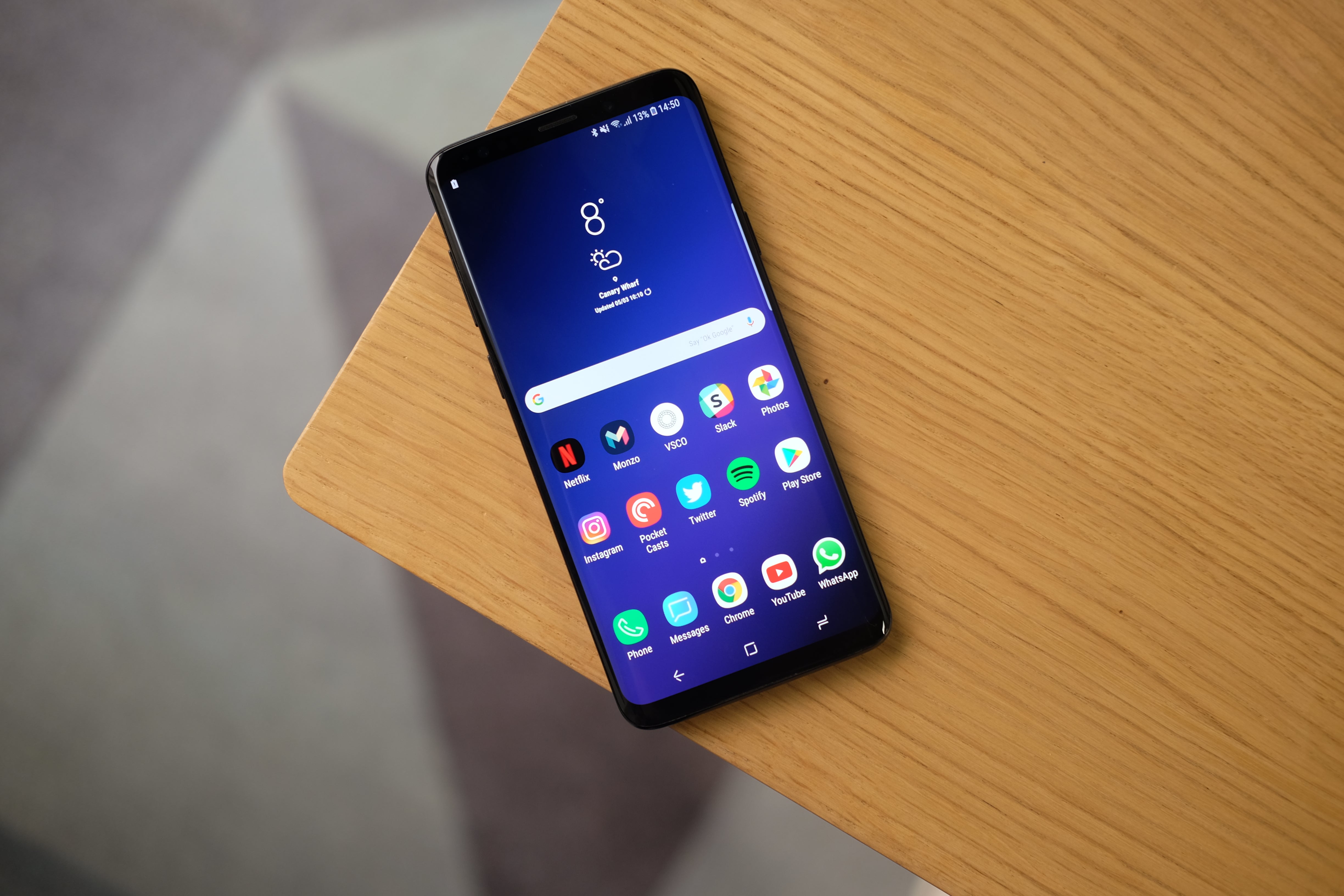 Oh, and the Huaei P20 also has a front-facing fingerprint reader. It’s housed within the capacitive Home button for easy access, something we found to be a lot easier to use than the rear-mounted solution found on the Galaxy S9.

Huawei P20 vs Galaxy S9 Specs: Which is more powerful?

Huawei’s flagship impresses in the camera department, thanks to the inclusion of the dual-camera (20MP + 20MP), a configuration that’s complemented by a 24MP selfie shooter. The Galaxy S9, for comparison, has a 12MP rear- and 8MP front-facing snapper.

Both phones take excellent photos, with the S9 impressing in vibrant colours and the P20 capturing lots of detail. Arguably the best camera is the one on the P20 Pro which boasts a 40MP main sensor and an extra 8MP telephoto camera for zooming. You can dial that 40MP sensor down to take 10MP photos but with bigger pixels and there’s a stunning night mode that produces excellent low-light shots. 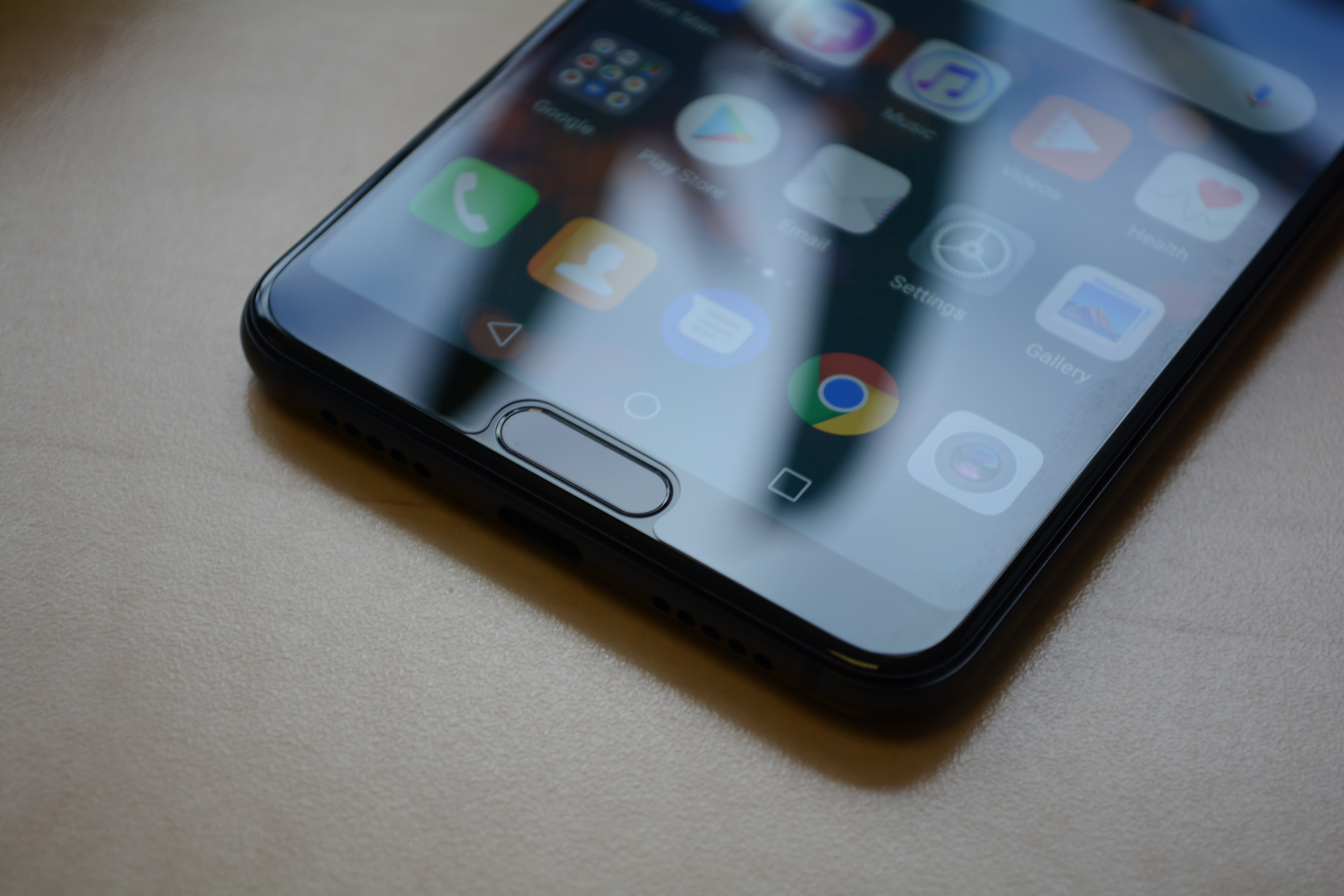 On the software front, the two are evenly matched – shipping running a modified build of Oreo. That, for those unaware, is the latest flavour of Google’s operating system, bundling a slew of neat features, including support for Picture-in-Picture (PiP), notification channels, adaptive icons and circular emoji.

Here’s a full breakdown of the internal differences between the Huawei P20 and Galaxy S9:

Design: The Galaxy S9 looks great with its more symmetrical near-edge-to-edge Infinity Display and IP67 waterproof rating, but the colourful P20 is hardly an eyesore.

Specs: The Huawei P20 comes out on top here with its 128GB of internal storage out of the box and Leica-engineered dual-camera setup, making it a more attractive option for customers who consume a lot of media on their smartphone and like to have a camera that can rival some point-and-shoots in their pocket.