Huawei has had a great year, wooing consumers with the formidable Huawei P8, and the acclaimed Nexus 6P, built in partnership with Google in 2015.

Which is why, like every other tech company under the sun, it’s unsurprising it’s trying to expand into the convertible market.

For those that have short memories, Samsung chose to re-enter the market, which unceremoniously quit a couple of years ago, at CES with the launch of its Galaxy TabPro S.

VIDEO: Check out our hands-on with the Huawei MateBook

As a piece of hardware the MateBook is pretty decent. The brand’s first 2 in 1 device runs on Windows 10, rather than Android, and it’s quite the looker. The 12-inch quad-HD display toting tablet is sleek and aluminium with just a hint of the iPad Pro about it.

Huawei’s also offering a nice selection of component options that will let buyers tweak the MateBook to meet their budget and power needs.

For starters, buyer’s will be able to pick which sixth generation Intel Core M they’d like running the show. While I’d have prefered to be able to upgrade to a more robust i5 processor, the ability to tweak which M is used will at least offer some control over the CPU’s clock speed.

Buyers can also load it with either 4GB or 8GB of RAM and choose between 128GB, 256GB and 512GB of internal storage. There’s also a fingerprint sensor on the side that uses the same tech as the brand’s Mate series, so it should be fast.

The MateBook charges using USB-Type C. Yu said it will offer 10 hours battery life off one charge. The use of USB-C could be a key selling point. Many convertibles, including Microsoft’s Surfaces, us proprietary chargers.

The MateBook also comes a fingerprint scanner on its side. The scanner can be set to recognise different people’s fingers for enhanced multiple account support.

Huawei consumer group CEO Richard Yu claimed the MateBook is the most advanced convertible to date, and couldn’t resist the urge to take a few swipes at the device’s Apple and Microsoft competition.

“People like Surfaces designs. But there are problems with regular PCs and laptops,” he said.

“Battery life is poor, and the designs aren’t quite right. Dusplay tech isn’t as good too. They’re not as bright or vibrant. Whites aren’t right, they look grey and muddy.”

Yu claims the Huawei MateBook screen’s is better suited to artists, due to its increased coverage of the NTSC colour standard, which is used by many movie makers.

“This display panel the colour is better it covers 85% of the NTSC 85% standard. The iPad Pro and Surface Pro 4 only cover 70% of the NTSC colour range,” he said. 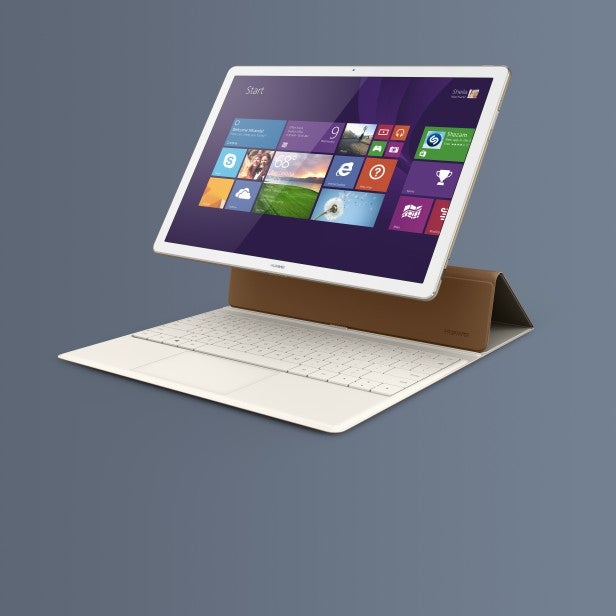 “The MatePen is for more creative people. This Mate Pen has 2048 levels of pressure. Double that of other pens. It is high precision for drawing. It is also the world’s first Elastomer tip stylus for design professionals,” he said.

“This is an example what a two-in-one should be, sleek and powerful,” he said. “Thanks for building it and we look forward to seeing it on market.”

The MatePen requires charging and features a secondary laser pointer on its back.

The MateBook is set for release “in the coming months”. The most basic Intel Core m3 version with 4GB of RAM and 128GB of storage will cost €799.

Tempted by a MateBook? Let us know if you think it’s the Surface-killer Huawei claims it is in the comments section below.