Huawei Mate 9 vs Galaxy Note 7: Has Huawei managed to outdo Samsung with its latest handset? We take a look.

Huawei has finally unveiled its Mate 9 smartphone following months of rumours and leaks, and it looks like an impressive offering from the Chinese company.

With a huge 5.9-inch display, 4GB of RAM, and a dual-camera setup on the rear, the Mate 9 looks like it could be a great substitute for all those that had to wave goodbye to their Note 7 following the recent “issues”.

Hands-on with the Mate 9

Therefore, we thought it might be helpful to take a look at how the new Huawei handset stacks up against the now defunct Note, so you can make an informed decision about whether the Mate will fill the void – or smoking crater – left by the Note.

The Mate is the heftier of the two, measuring 156.9 x 78.9mm in comparison to the Note 7’s 153.5 x 73.9mm. However, both phones have a thickness of 7.9mm, so while the Mate will certainly take up more room in your pocket, it’s no thicker than Samsung’s decommissioned phablet. 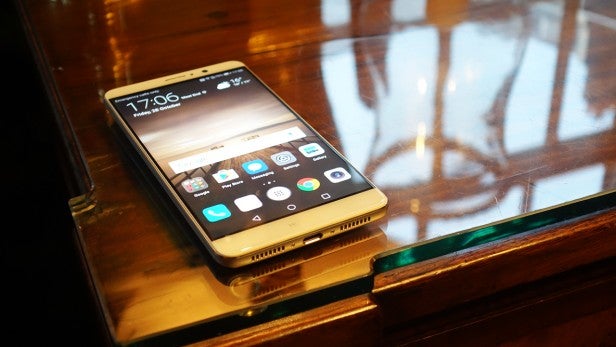 When it comes to the look of these handsets, Huawei’s use of 2.5D glass on the Mate gives the screen edges a distinct curve, although nothing as pronounced as the Note’s curved-edge display.

Despite Samsung’s extra curvy edges, the two phones look very similar from the front, with large displays and average-sized bezels at the top and bottom. The main differences here,are the home button on the Note, which is missing from the Mate, and the Note’s inclusion of an iris scanner, which adds a couple more cutouts to the top bezel.

Turning the phones over, the differences are slightly more obvious. Huawei has added a dual-camera setup on the rear, with a fingerprint scanner below. Samsung, on the other hand, has opted for the same single-lens setup as on the S7, and has placed its fingerprint scanner beneath the home button on the front of the device.

Finally, you’ll find a headphone jack and USB Type-C port on both phones, along with support for NFC and microSD storage expansion.

Huawei has managed to outdo the Note in size but not in resolution. The Mate comes with a 5.9-inch Full HD display, while the Note packs a 5.7-inch quad-HD offering. The fact that the latter is smaller and has a higher resolution means the images will unquestionably be sharper. 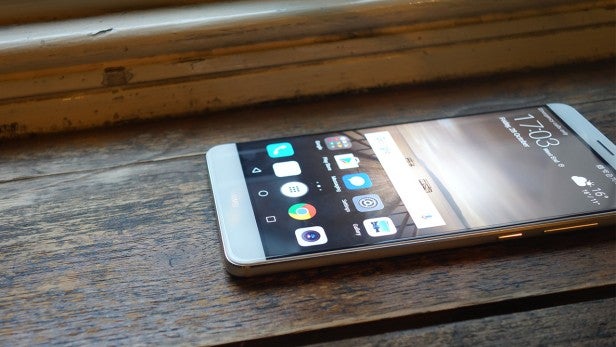 This can be seen in the pixel-per-inch densities. Samsung’s superior screen resolution results in a density of 518ppi, while the Mate manages only 373ppi. In practice, the Mate 9 will likely produce perfectly sharp images – after all, Full HD is arguably adequate for any phone screen – but the Note clearly has the edge.

Samsung’s phablet also has AMOLED tech working in its favour, whereas Huawei’s screen is an LCD panel. While LCD screens can produce impressive pictures – the iPhone uses LCD tech – the general consensus is that OLED’s lack of a backlight and resulting deeper blacks, plus its energy efficiency, puts it ahead of LCD.

When it comes to the internals, Huawei opts for its own Kirin 960 Octa-core chip, which uses four 2.4GHz A73s, four 1.8GHz A53s and comes with an i6 co-processor. The Note uses an octa-core chip, too, but it’s the company’s Exynos 8890 CPU, which comes with four 2.3GHz Mongooses & four 1.6GHz Cortex-A53s. On paper, then, the Mate has an edge in the CPU department, but both these devices will provide top performance – although we’re yet to test out the Huawei in full. 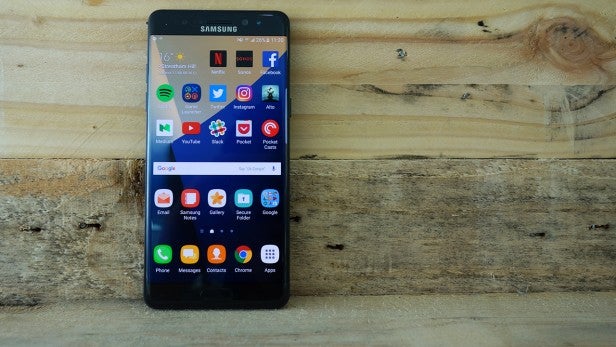 In terms of RAM and storage, things are identical: both the Mate 9 and Note 7 pack 4GB of RAM and 64GB of expandable storage. The Note has a slight edge, however, since it comes with one extra microSD card slot, which uses the second SIM port.

Turning to the batteries, there’s very little to say about the Note 7’s non-removable Li-Ion 3,500mAh cell. It probably doesn’t need repeating but we’re going to anyway: it explodes.

Huawei, for its part, has hopefully ensured its batteries won’t burn your house down, and has packed the larger Mate 9 with a 4,000mAh cell. The extra size should be enough to ensure the more sizeable screen is catered for without the phone losing too much charge.

One other big difference between the Note and the Mate worth mentioning is the stylus support on the Note 7. With as many pressure levels as the impressive Surface Pen, the Note’s stylus with new waterproofing elements was a real selling point for the phone. Huawei hasn’t provided anything similar with its handset.

In the software department, things are looking very Androidy. Samsung and its Chinese competitor both use Google’s OS, but the former opted for version 6.0 on the Note 7. 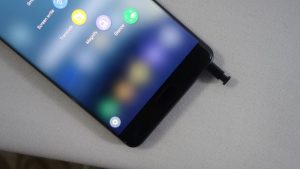 It looks a lot like iOS, so if you’re used to an iPhone, you’ll find things very familiar. Overall, the Huawei-brand Android user experience is mostly responsive, clean and clutter-free – so as skins go, EMUI isn’t all that bad.

Samsung’s TouchWiz UI is much more Android-esque than EMUI, and has improved remarkably over the past year or so. It isn’t stock Android, but it also isn’t as intrusive as it used to be.

Which you prefer will depend on personal preference. Both UIs provide a decent experience overall, so day-to-day use should be fairly fluid.

Samsung plucked the 12-megapixel camera unit on the Note 7 directly from its Galaxy S7 handset, which is by no means a bad thing. Put simply, this is the best smartphone camera on the market, with a wide f/1.7 aperture for better low-light performance – assisted by the larger “dual pixels” that let in more light – and optical image stabilisation (OIS). 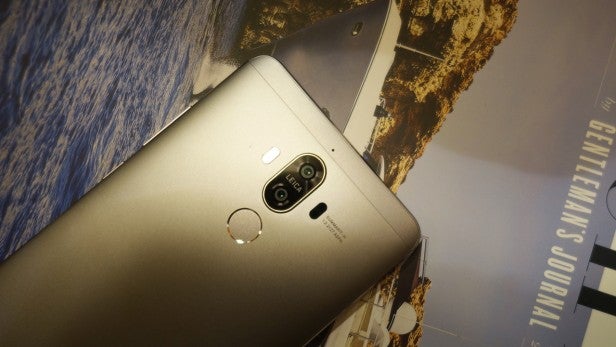 The camera app also works incredibly well, the autofocus is quick and responsive and, of course, the end result is photos that are packed with detail, and vibrant yet accurate colours. There’s also 4K video capture included, while shooting in 1080p gives you the option of HDR and some other video effects.

It’s a different story with the front-facing shooter, however. The 5-megapixel setup struggles with faces and smooths out details. But if you’re not the selfie-taking type, the front camera is fine for video calling.

So has Huawei managed to match Samsung’s stellar camera offering? Well it adds to the megapixel count on both the front and rear cameras.

There’s an 8-megapixel selfie shooter, and the 20-megapixel rear camera comes with OIS and can shoot 4K video. It’s f/2.2 aperture isn’t quite as good as the S7’s f/1.7 setup, however, so low-light shots are likely to suffer. We’ll have more once we’ve tried out the camera on the Mate 9 properly.

Unfortunately, if you’re used to the Note 7’s camera, you’re probably not going to find the Mate 9 to be a worthy substitute in this department. Samsung, for all its battery woes, undoubtedly managed to produce a fine smartphone camera this year, and the Mate is unlikely to match it.

The Note 7’s fate is widely known, so we won’t go over it again, other than to say you can’t buy it any more. And if you have one, you should be sending it back ASAP. 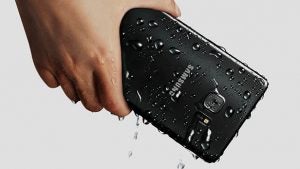 The Mate 9 – barring a similar battery catastrophe – most certainly will be available to buy. Just how much it will cost, where you’ll be able to buy it, and when remains unclear at the moment. We’ll update you as soon as we know.

While Huawei has seemingly put together an impressive phone, there’s no getting around the fact that the Note 7 was one of the most – if not the most – capable handset on the market during its brief existence. Huawei hasn’t matched the 4K screen, the stylus functionality, and is unlikely to match the top-end camera.

That said, if the Mate 9 launches at a reasonable price, it might just be worth considering as a replacement for the erstwhile Note. Either way, you’re not going to be getting Note-level design and specs, although the performance will likely be comparable.

We’ll have more once we’ve tested out the Mate 9 in full so stay tuned.

Will you be picking up a Mate 9 to replace your Note 7? Let us know in the comments.