With Huawei’s new Mate 20 Pro phablet freshly-launched, has the Huawei P20 Pro been ousted from the company’s top spot or is there enough room in Huawei’s 2018 flagship line-up for both top-tier phones?

The P20 Pro was a notable step up from its predecessor, 2017’s Huawei P10, but the Mate 10 Pro that arrived later that same year was already paving the way for a new, more aggressive Huawei, with its glass form and AI-focused processor.

The Huawei P20 Pro is as much influenced by the previous year’s hardware as it is forward-looking, while the new Mate 20 Pro takes even more risks and embraces even newer technologies, some new to Huawei phones, some new to the smartphone space altogether.

Mate 20 Pro vs P20 Pro: How different are their designs?

While the move from last year’s P-series to Mate series gave us a notable aesthetic improvement, with curved glass and a hardier design, April 2018’s Huawei P20 and P20 Pro added pizzazz into the recipe, with an array of eye-catching colours, an extended display and a new vertical camera arrangement. Much of that fresh DNA has been implanted straight into the Mate 20 Pro (and more modest Mate 20) as well. 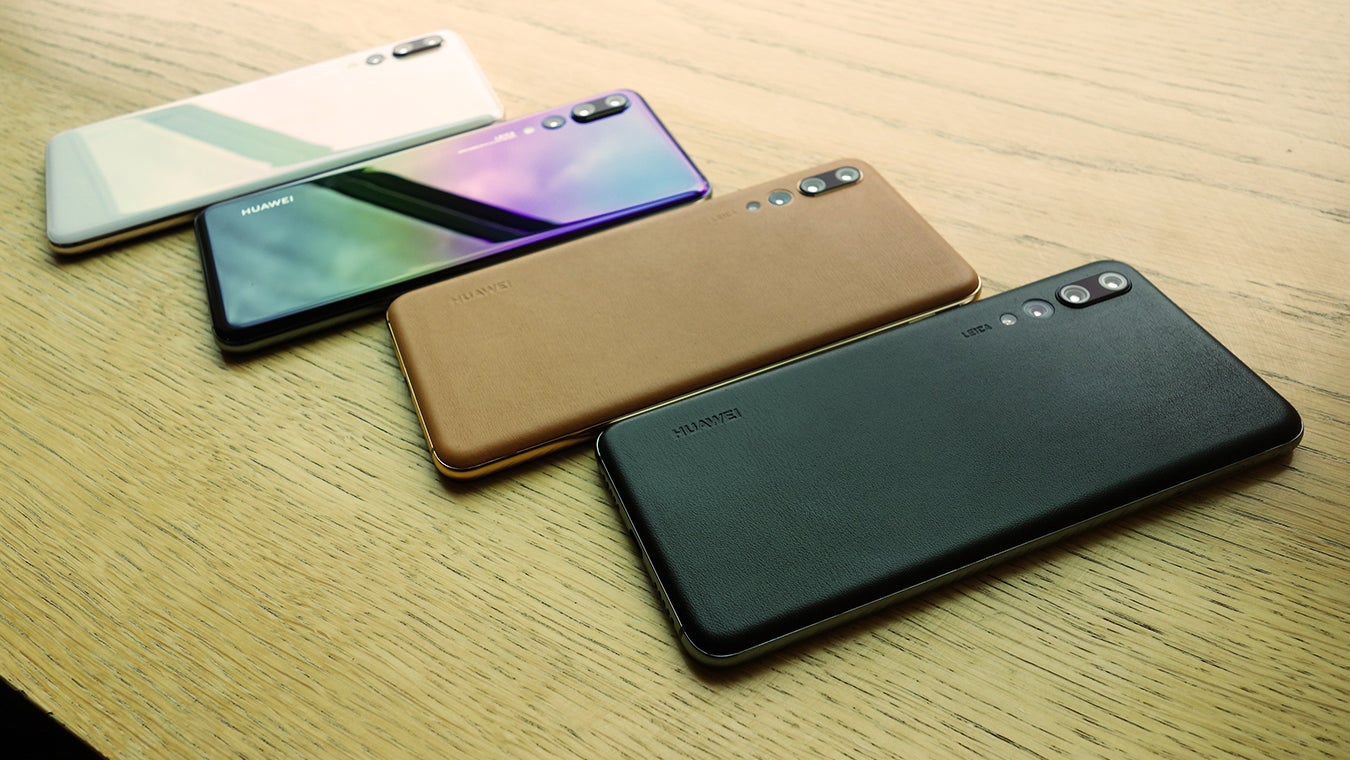 The latest colourways and finishes of the Huawei P20 Pro

Both Pros feature extended aspect ratio displays with the bezels being notably slimmer on the newer Mate, not least because of the removal of a fingerprint sensor, or at least a visible one. Championed by last year’s specialist Huawei Mate RS, the new Mate 20 Pro is the first mass-market smartphone to sport an in-display fingerprint sensor and initial testing is promising. It doesn’t feel quite as fast as the sensor beneath the P20 Pro’s display, but it makes for a more seamless design overall.

Both phones feature IP-certified dust and water resistance, although the newer Mate 20 Pro is marginally hardier (IP68 versus IP67, as on the P20 Pro) and both also forego a traditional headphone jack, which might irk some users. At least Huawei includes a USB-C-to-3.5mm adaptor in-box with the P20 Pro; the same can’t be said for the Mate. 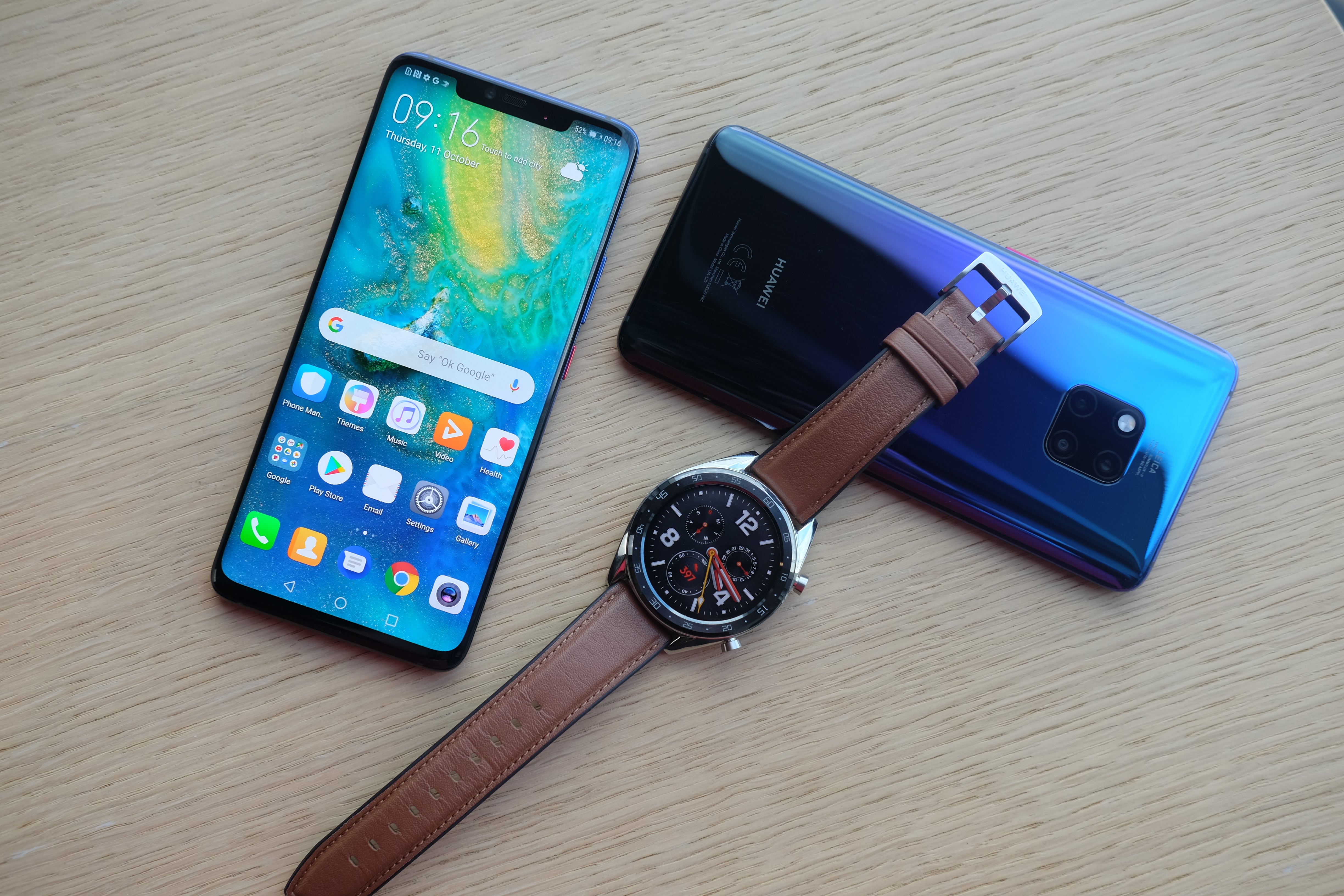 The Mate 20 Pro is unmistakably related to the P20 Pro.

Flip both phones over and you’ll find some eye-catching finishes awaiting you. The P20 Pro was the first of the company’s phones to debut punchy new glass finishes like Twilight and Pink Gold, with new leather-backed special editions arriving more recently. The Mate 20 Pro pulls the same trick with graduated glass backs in a wider assortment of colours, some of which also debut an all-new ‘hyper optical’ hairline pattern that improves grip too.

Both phones rock a triple camera array on their backs, although the Mate 20 makes its camera setup more of a feature, setting them within a rounded square in the centre of the phone’s back. Whether this is a design improvement is hard to say, but it certainly helps the Mate 20 Pro stand out from the crowd of other glass-backed rivals out there.

Mate 20 Pro vs P20 Pro: How do their specs and features differ?

Even though both phones follow similar principles, everything has been amped up on the Mate 20 Pro.

The P20 Pro uses Huawei’s late-2017 flagship processor, the Kirin 970, while the new 7nm Kirin 980 makes its debut on the Mate 20 Pro, promising up to a 20% speed improvement and a 40% improvement in power efficiency over the older chip. Both phones also come with 6GB of RAM, so they’re well-equipped for demanding multitasking and the like.

The special edition leather-backed P20 Pro does offer a little extra oomph with a whopping 8GB of RAM, but it’ll likely still fall short of the Kirin 980’s advanced efficiency.

The dual-NPU (neural processing unit) found on the Kirin 980 powering the Mate lends its talents to AI-related tasks around the EMUI 9.0 experience, running atop Android 9.0 Pie. The older 8.1-take of Emotion UI can still be found on the Android Oreo-powered P20 Pro, although Huawei’s deviations from stock Android make the differences in user experience between the two releases that much harder to spot, save for new gesture-based interaction on the Mate 20 Pro.

There’s a significantly wider notch on the newer Pro, housing additional iPhone X-style 3D depth-sensing technology for more secure face unlocking. Sadly, aside from greater peace of mind over the P20 Pro’s tech, the additional effort Huawei has made here doesn’t grant the Mate 20 Pro the ability to authorise sensitive actions like purchases or let you log into banking apps using the sensor. Such functionality will only come about if developers make use of the sensor’s specific APIs, and right now, that seems unlikely.

There’s a whopping 4000mAh battery inside the P20 Pro. It offers some of the best battery life of any flagship currently on the market and what’s more, it features respectably rapid 22.5W fast charging. Like so many aspects of the Mate 20 Pro, it takes all of these great aspects from the P20 Pro and improves upon them.

Not only does the phone sport a larger 4200mAh power pack, but it’s also the first of the company’s phones to debut even more rapid 40W SuperCharge fast charging and it’s the first of Huawei’s phones to integrate wireless charging. The company didn’t skip either, granting the Mate 15W fast wireless charging and, in an industry first, wireless reverse charging – letting you juice another Qi-enabled smartphone (such as an iPhone XS or Samsung Galaxy S9) wire-free.

Both phones’ primary triple camera arrays might sound the same on paper but Huawei has switched things up with its newer phone. While the resolution remains unchanged, the company is now confident that its new Matrix Camera system takes good enough shots that it can do away with the secondary monochrome sensor used by the likes of the P20 Pro. Instead, the Mate 20 Pro benefits from an ultra-wide angle 20-megapixel secondary RGB sensor that lets you capture even wider shots and take macro images as close as 2.5cms from your subject.

What’s more, the beefier processor lets you capture markedly smoother 4K video at 30 frames per second, along with new filtered shooting modes that add real-time effects to footage such as colour pop.

Mate 20 Pro vs P20 Pro: How much more expensive is the new Huawei?

The Huawei P20 Pro may have only been out five months but its flagship price has already fallen to a more approachable €640/£669. The newly unveiled Huawei Mate 20 Pro is slated to hit the market on October 16 costing considerably more, at €1049.

Do the Mate 20 Pro’s additional features justify the added cost over the P20 Pro? Let us know your thoughts on Twitter @TrustedReviews.