Everything you need to know about the Huawei Ascend P8

Later today, the official Huawei Ascend P8 release date will be announced, but if you can’t wait that long, here’s everything you need to know about the upcoming flagship phone right now.

Having bypassed an MWC 2015 unveiling in order to forge its own path, the Huawei P8 release date will be formally later today, April 15, as a direct rival for the Samsung Galaxy S6 and HTC One M9. The handset has been confirmed for unveiling at a dedicated London-based launch event.

A direct follow-on to the 2014-released Huawei Ascend P7, the new model will reportedly introduce a modest array of improvements.

Tipped to pair a larger, 5.2-inch display with a 13-megpiaxel primary camera, the handset will reportedly throw an 8-megapixel front-facing shooter into the mix for the selfie lovers out there. Further changes are expected to surround the phone’s processing power, with a new octa-core, Kirin 930 chipset tipped to run the show.

It’s not just the internals that are set for a refresh, either. The phone is expected to introduce a new, premium, metal-bodied design.

A phone that will see Huawei look to back up the success of the recent Huawei Ascend Mate 7, the P8 looks set to further push the Chinese manufacturer into the realms of a serious smartphone challenger. It might not be alone, either. Recent leaks have claimed the P8 could be debuted alongide a sub-specced sibling, the Huawei P8 Lite.

This post will continue to be updated with all the latest, breaking Huawei Ascend P8 release date info, leaks, news and rumours. Bookmark it now to be kept up-to-date. 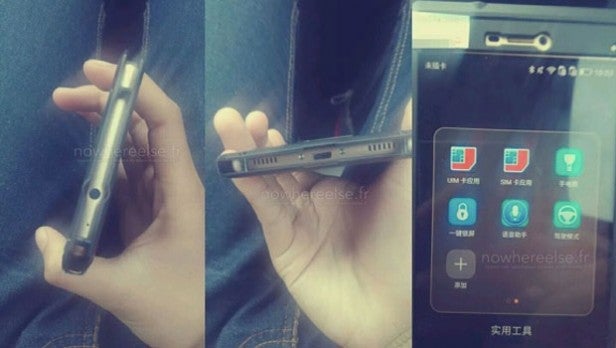 The Huawei Ascend P8 release date, unlike those surrounding the iPhone 6S and Sony Xperia Z4, is no longer shrouded in mystery.

The Chinese manufacturer recently confirmed to TrustedReviews that the handset will be formally unveiled at a dedicated launch event in London on April 15. And now that day is upon us.

Speaking exclusively with TR at the company’s global HQ in Shanghai, China, earlier this year, Huawei’s Director of Marketing Communications, Jerry Huang, name checked the device and announced plans for the April 15 date.

The Chinese manufacturer has since made these intentions public. Issuing formal invites, the P7 maker has confirmed

If you simply can’t wait a second longer than necessary to find out what’s going on with the P8, you can watch the grand unveiling for yourself. The Huawei P8 live stream video can be watched below.

Despite knowing when the handset will be officially showcased, it is still unclear when the P8 will go on to hit retailers’ shelves.

To date, Huawei has not been the most proactive in bringing its flagship devices to market post launch. Unfortunately, we can’t see this changing anytime soon. The Huawei Watch – unveiled at MWC 2015 on March 1 – will not go on sale until the height of summer.

Based on the company’s past launch plans, we would expect to see the P8 enter retail circulation sometime in May.

TrustedReviews will be on-hand at the upcoming launch event to bring you all the latest. 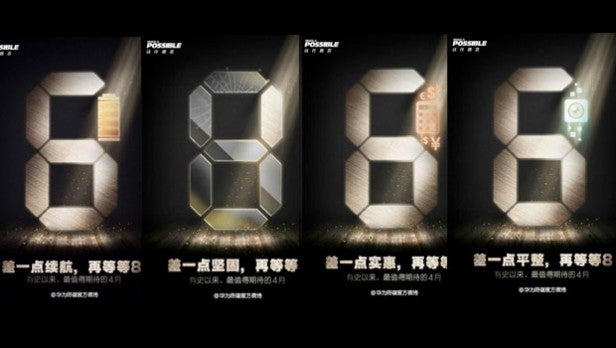 Not one to keep things shrouded in mystery, Huawei has already teased a number of key P8 features prior to the phone’s formal debut.

Looking to generate a certain level of iPhone-esque buzz around its future flagship offering, the company has released a series of teaser images (above) hinting at potential features or functions bound for the M9 rival.

All focussed around the number ‘8’, the tantalising graphics each offer up details on a separate, individual aspect of the phone’s being.

From an ‘8’ with a cracked glass top and solid glass at the base (a likely indicator of a toughened, Gorilla Glass display), to a camera lens (there’s that mooted 13-megapixel snapper update), the attention-grabbing tease has given a tasty insight of what’s to come. 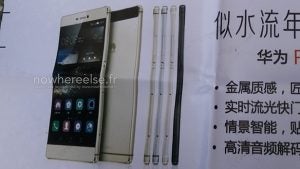 Further images in the range have seen a battery incorporating design (quite self-explanatory we feel), and a brushed metal look (that’s design sorted) tease the handset’s key abilities.

The images were originally shared via the company’s Twitter and Weibo accounts before being plastered on every corner of the web.

These teaser images have since been backed up by a number of leaks. Just days before the phone’s formal showing, the handset was spotten on a leaked billboard poster in the company’s native China (above).

It’s not just stills the company has used to tease its next handset, either. A teaser video released ahead of the phone’s formal unveiling (above) has hinted the device will offer improved low-light photographic capabiltiies.

Adorning the video with the teasing tag line “See the new wonder of light”, the clip makes reference to subjects showing up in images taken under the cover of darkness. 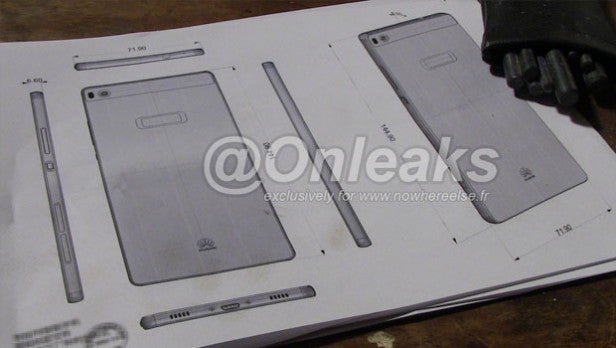 Further helping spoil the surprise, a series of leaks have seen the P8 prematurely outed in full, showing off the phone’s newly styled design lines and inbound specs update.

One key component detailed by tipsters, is the addition of biometric security measures. Following the latest high-end smartphone trends, Huawei looks set to echo the iPhone 6 and Galaxy S6 by bestowing the Ascend P8 with its own integrated fingerprint scanner.

Unlike the aforementioned market leaders, however, Huawei will reportedly take a less seamless approach. Where the 6 and S6 feature fingerprint scanners embedded within their physical home buttons, the P8 will fit the feature in ‘round back.

Leaked via a series of handset schematics (above), the fingerprint scanner looks to be a carbon copy of the sensor found on its big brother, the Mate 7.

Rumours haven’t just surrounded what the phone will feature, though, but also how it will look.

One of the first Huawei Ascend P8 rumours to surface late last year was the phone’s expected move to a new porcelain design.

According to claimed insiders, the Chinese manufacturer is set to shun plastic, turn its back on metal, and dodge glass in favour of the little used material.

For those not sold on the concept of a phone crafted from the same stuff as your mum’s fine china, worry not, this isn’t that sort of porcelain. Instead, like the HTC One S of yesteryear, the P8 has been tipped to move to porcelain that’s been given the Micro Arc Oxidation treatment (scientifically, chemically and heat treated to you an me).

The result would be a super strong finish that looks the part and feels great, and high-end, when held.

This move to porcelain isn’t a given, however. A flurry of other reports have all tipped the handset to move to a metal-bordered, glass-backed finish. Huawei’s own teaser images have even hinted at a metal milled design, with silver and golden hues tipped.

Either way, the phone looks set to be a long step from the plastic-bodied likes of the LG G3 or the Moto X. 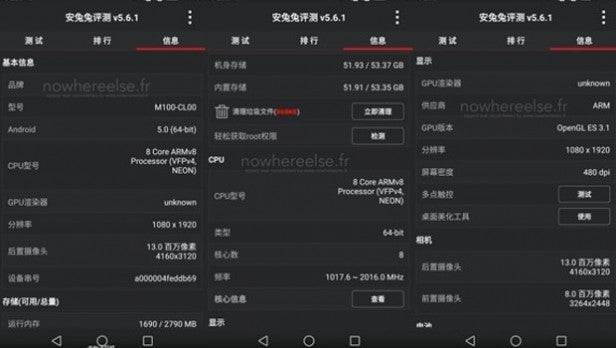 No finalised specs have yet been confirmed, but the flurry of leaks and rumours which have preceded the phone’s arrival have offered up a pretty clear image of what the phone will bring to the table. It seems that there’s a lot more than a fingerprint scanner to look forward to.

Like Samsung with the S6, Huawei appears set to shun Qualcomm’s 64-bit Snapdragon 810 processor with the P8. While some might argue this is hardly surprising, given the manufacturer usually reserves its dealings with Qualcomm for its mid-range handsets, it marks another major blow for the chipset maker in what is becoming a difficult year.

Instead, reports have suggested the P8 will pair a self-made 2.0GHz, octa-core Kirin 930 chip with 3GB of RAM. This should offer more than enough power for even the most demanding of smartphone users.

Huawei has offered up concrete details on the Kirin 930 processor, but fallen short of announcing exactly which phones it will feature in.

Built around mildly reworked Cortex A53 processor cores – dubbed Cortex A53E – the Kirin 930 chip will lay out its eight cores in ARM’s big.LITTLE arrangement. This means that four big cores will kick in for high-power tasks while the four little cores will keep things running during periods of more casual usage.

Unlike some of its high-end rivals, Huawei will not shun microSD expansion for its next flagship offering. Tipped to run 64GB of internal storage direct from the box, the handset will reportedly offer expandable storage for those who fear the cloud.

All of this will sit behind a larger, Full HD display. Jumping up from the P7’s 5-inch screen, the P8 is lining up to add a 5.2-inch panel.

‘Why no 2K resolution?’ we hear you cry. Well, according to Huawei, it’s simply not worth the battery compromise.

Away from the display but still on visuals, early reports have pointed to only slight camera improvements. With a 13-megapixel primary camera joining an 8-megapixel selfie snapper, the P8 won’t be forging new ground. It has been suggested, however, that lens quality and software improvements will ensure a sizeable improvement in end results.

Again on the visual front, although design is set to be a key proposition on the P8, Huawei has ruled out a few particular moves.

The company has told TrustedReviews not to expect another handset vying for the mantle of the ‘world’s thinnest phone’. A novelty previously chased by the firm, Huawei has suggested it is now more focussed on overall appeal and performance than headline-grabbing gimmicks. 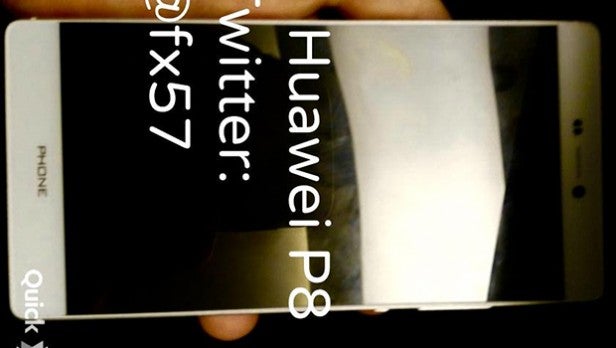 Despite looking to compete with the Samsung Galaxy S6 and iPhone 6 in terms of specs and ability, when it comes to pricing, Huawei’s flagship phone is in a completely different, far more affordable, league.

A company that has become synonymous with affordable smartphones, Huawei has yet to confirm pricing for its P7 replacement but dropped hints that the device will be pleasingly light on your wallet.

Amid the company’s series of ‘8’ themed teaser images, one pic shows a logo broken up by a series of currency symbols and a calculator. An unlikely sign of the phone’s accountant-pleasing performance, it has been suggested this points to a wallet-friendly price tag.

Given the S6’s prices start from £599 and the cheapest iPhone 6 will set you back £539, the P8 should line up markedly cheaper than the competition. Last year the P7 originally launched with a £449 asking price. The handset can now be snapped up for less than £250.

We will continue to update this post with all the latest on the Huawei Ascend P8. Stay tuned to see what to expect.