The HTC Vive team has been seriously busy since launching its excellent VR headset last year. It announced a slew of new hardware and software solutions at CES 2017 including the holy grail – wireless PC-powered virtual reality.

“Wireless is coming” and Intel is providing the technical knowhow to create extremely low-latency wireless virtual reality on the Vive. Using the new superfast WiGig standard this is set to solve one of PC VRs current biggest bugbears – being tethered to a rig.

There’s no news on when an Intel solution will hit shelves yet, but the good news is that third-party TPCast will be selling its solution by the middle of 2017. This comes with a 6,000 mAh battery that powers the Vive for up to two hours and will cost $249 on release. 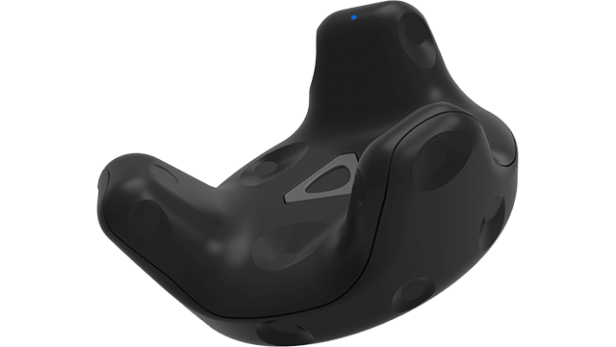 Aside from wireless Vive VR, HTC announced the Vive Tracker. This new product is a little smaller than the Vive controller’s disc and is built from the ground up to work with Steam VR tracking. It enjoys the same accuracy as the headset and controllers, according to HTC.

You can attach it to inanimate objects, like a baseball bat, to make them visible in a virtual reality. The aim here is immersion. The Vive’s controllers are great, but they don’t work for every application. Adding it to a baseball bat, for example, gives real heft the controllers just can’t provide.

It is not just basic objects that it interacts with though. The tracker can be combined with more traditional gaming peripherals via USB and a screw on the bottom so it can be used with gun peripherals, for example. Six hours of battery life means you won’t need to charge it as often as the normal controllers.

It’s not just about gaming, either. I tried out a number of prototypes including the Flaim Trainer, a haptically enabled fire training system for teaching fire-fighting techniques safely. 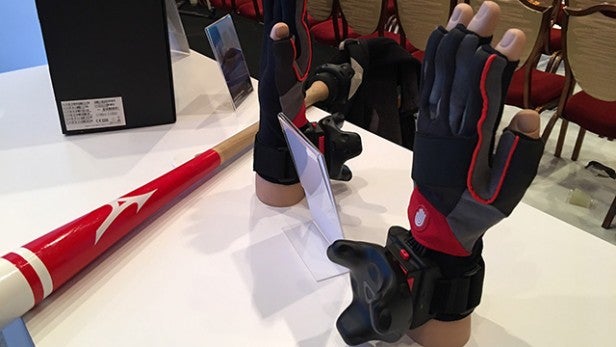 Other demos included a machine gun, gloves and a camera peripheral. The tracking works surprisingly well considering these are prototypes, some of which were put together in as little as two weeks.

Vive also announced the Vive Deluxe Audio Strap. The strap is a little more ergonomic, has a new cable management system that makes movement easier and built in on-ear headphones for an improved audio experience. It looks more than a little like the Oculus Rift’s audio solution, but that’s no bad thing. It’s one of the Rift’s best features. 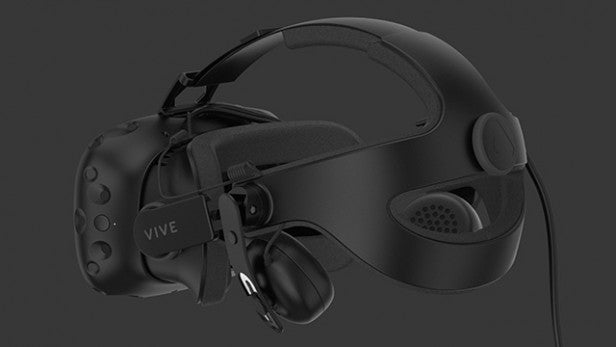 Both the Deluxe Audio Strap and Vive Tracker will be available from Q2 2017, while pricing will be announced closer to the time.

It wasn’t just hardware that was unveiled. Software was front and centre of Vive’s CES press conference.

Vive will be launching the world’s first virtual reality subscription service so customers can easily discover, choose and consume VR content for a “low monthly fee”.

“Think of it as your Netflix for VR” explained the VivePort President, Rikard Steiber.

That’s great if you have a HTC Vive, but the exciting thing is that the subscription service will be available to a wider audience. VivePort, Vive’s app store interface, will become platform agnostic, so you’ll be able to use it with other mobile, PC and console virtual reality HMDs.

VivePort Subscription will be available from Q1 2017 and you can preregister for a free trial now.

VivePort Arcade will also be released in Q1. This will let anyone from big multinationals to small independent cafes create VR arcades for consumers. The aim is to take the pain out of usage rights and paying developers for commercial VR use. HTC hopes this will enable room scale VR in pubs, shopping centres and cafes everywhere.