HTC U13 – Release date, rumours, specs and all the latest leaks

One of the less talked about will-they-won’t-they stories of 2018 related to HTC and not only the rumoured HTC U13, but its flagship ambitions as a whole. Rumour had it that the Taiwanese manufacturer was out of the game.

With the January 2018 sale of much of its smartphone talent to Google, followed by the lacklustre HTC U12+ and the continued rise of several Chinese rivals, it’s not difficult to see why.

Fortunately, the demise of HTC’s flagship ambitions appears to have been exaggerated, and we’re expecting an HTC U13 to launch some time in 2019. Here’s what we think we’ll see.

It can be tough to follow HTC’s flagship history thanks to frequent changes in naming and release approach. The company has been in the  smartphone game as long as anyone.

Here’s when the seven previous mainline HTC smartphones have been announced, dating back to the beginning of the HTC One era:

Since the HTC One X launched in February of 2012, HTC’s flagship phones have steadily dropped later and later in the calendar year. After another February launch for the influential HTC One M7, the One M8 and One M9 were both announced in March. 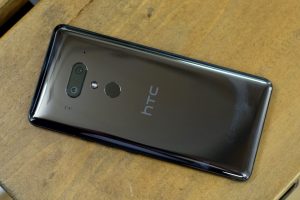 The resurgent (critically at least) HTC 10 landed in April of 2016, while the HTC U11 and last years HTC U12+ were both unveiled in May.

This tells us that HTC isn’t particularly averse to changing its release schedule year on year. But going by recent trends, we might expect the HTC U13 to be announced in May of 2019.

This speaks to a steady increase in price in the past several years − something we’ve seen pretty much across the smartphone market.

We can expect the HTC U13 to cost at least £699, then. Given HTC’s claims that it would be focusing on 5G this year (more on which in a moment), we might even expect that price to take a big leap up. That’s assuming that there won’t be distinct 5G and 4G models, of course.

In November 2018, Phandroid claimed that HTC would pursue a more mid-range path in 2019. You might imagine that such an HTC phone would be driven by something like the Snapdragon 660, as some dubious sources have claimed.

But as we’ve already mentioned, HTC has rejected reports of a step down from flagship smartphone production, suggesting that it will be going with an advanced 5G-ready phone in 2019.

If HTC U13 is to jump aboard the 5G bandwagon in a big way this year, then it would almost certainly necessitate the use of Qualcomm’s Snapdragon 855 CPU. This next-generation 7nm chip won’t just be much faster and more efficient than the Snapdragon 845 of the HTC U12+, it will also carry the 5G-ready X50 modem. 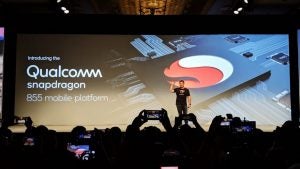 HTC claims that its 2019 smartphone (which we believe will be called the HTC U13) will focus on 5G connectivity, artificial intelligence, and blockchain capabilities.

We’ve already discussed what the 5G point might mean for the HTC U13’s hardware. It’s worth noting on that front that HTC’s last big hardware release was a 5G mobile hub. The company is clearly going big on 5G.

On the latter point, it’s worth recalling that HTC released the HTC Exodus 1 late last year, which was dubbed the ‘blockchain phone’. It was designed to facilitate Bitcoin and other decentralised currencies.

Hardware-wise, the Exodus 1 offered nothing different from a whole bunch of other 2018 flagship phones. But expect the HTC U13 to adopt some of those Bitcoin software smarts.

HTC also used that statement to reaffirm its commitment to virtual reality. Mobile VR has gone a bit quiet over the past year or two, but don’t forget that HTC is the company behind one of the main commercial VR platforms on the market in the HTC Vive.

Might the U13 represent a fresh attempt at mobile VR from a rare position of strength from HTC? Hopefully we’ll find out in a few short months.

What features are you hoping to see on the HTC U13? Let us know over on Facebook or Twitter @TrustedReviews.