HTC U11 vs iPhone 7: Apple’s latest smartphone is often the blower to beat, so can HTC take on its Californian rival its new flagship handset? We compare the key differences between the HTC U11 and the iPhone 7.

When Apple launched the iPhone 7 last year, we liked it generally, but were underwhelmed by the battery life. That didn’t stop Apple selling tens of millions of units mind, so many of you will be considering the iPhone 7.

Facing off against the Apple flagship is the HTC U11, a formidable smartphone out of Taiwan and one of the most powerful Android smartphones of 2017. We were impressed by last year’s HTC 10, so our hopes are high that the HTC U11 will perform well in our full review.

Until then, we’ll have to settle for this preliminary comparison of the HTC U11 and iPhone 7 based on their designs, specs, and pricing.

For a summarised version of this article, scroll down to the bottom of the page. 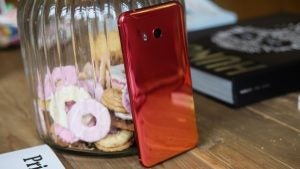 HTC U11 vs iPhone 7 Design: What’s the difference?

Apple’s iPhone hasn’t changed much in recent years, which means the iPhone 7 is the product of many refinements. It takes the same basic curved design we’ve seen since the iPhone 6, and offers a cleaner, more striking aesthetic. Gone are the overbearing antenna bands, and in come a range of delightful new colours. Nevertheless, the iPhone 7 feels familiar, and has a small chassis that will sit well in the hand of anyone who has used an iPhone before.

One of the biggest changes with the iPhone 7 was the introduction of IP67 waterproofing, which means the handset was lab-tested at a depth of one metre for 30 minutes. It’s the first iPhone ever to be waterproof, which is a major win for clumsy smartphone users everywhere. 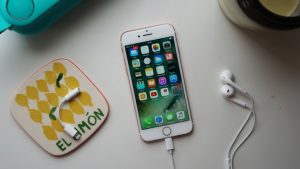 But HTC has the benefit of launching a newer phone, and has been able to follow the 2017 trend of slim bezels. Granted, Apple is expected to make a similar move later this year, but for now the iPhone 7 will have to look slightly fuddy when compared to handsets where the screen dominates the front of the phone, like the HTC U11, LG G6 and – most dramatically – the Samsung Galaxy S8.

The HTC U11 also benefits from waterproofing too, although a slightly more robust IP68 certification than the iPhone achieved. This means it was tested at a greater depth of 1.5-metres for 30 minutes, and lived to tell the tale.

HTC has also built a new control mechanism for the HTC U11 called ‘Edge Sense’. This new feature lets users squeeze the sides of the phone to initiate commands. For instance, you can squeeze the phone to engage the shutter on the camera, or launch the Google Assistant virtual helper. 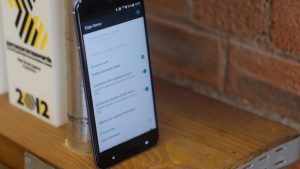 “Overall, the HTC U11 looks more like a 2017 flagship than the iPhone 7 – but that’s because it actually is. Cue the long-awaited iPhone 8 redesign this September. Until then, I’d much rather show off the HTC U11, especially in its spiffing new red hue.”

HTC U11 vs iPhone 7 Specs: Which phone is more powerful?

When it comes to screens, the HTC U11 is the clear winner on paper. For a start, the HTC U11 display is much larger at 5.5 inches, compared to the 4.7-inch panel on the iPhone 7. 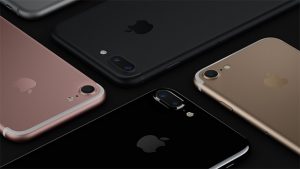 As far as performance goes, it’s too early to say. However, we’d expect that the HTC U11 will win out on benchmarks given the more advanced manufacturing process used to build the handset’s Snapdragon 835 chipset.

Unlike the 16nm Apple A10 Fusion chip, Qualcomm’s Snapdragon 835 is built using a much more efficient 10nm process. This describes how tightly transistors – the electronic switches that let computing happen – can be packed. Qualcomm says that the Snapdragon 835 is 27% faster and 40% less power-hungry than the chip’s 14nm predecessor, so we’d expect the new chip to run rings around Apple’s A10 Fusion.

However, it’s important to remember that Apple builds its chips specifically for one phone, which means the iPhone software is highly optimised for the chip – making performance very slick. 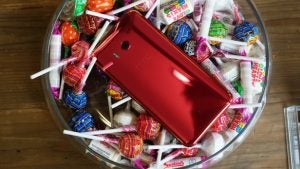 You can pick up the HTC U11 in 64GB or 128GB storage variants, with the former boasting 4GB of RAM and the latter getting 6GB of RAM. However, the second version isn’t available in the UK unfortunately. This is in contrast to the iPhone 7, which comes in 32GB, 128GB, and 256GB variants, all of which feature 2GB of RAM.

The main camera on both phones can produce 12-megapixel images, although the HTC U11’s snapper boasts a wider f/1.7 aperture (compared to f/1.8 on the iPhone 7), which means more light can get to the sensor. However, this is only a marginal difference. In reality, so many different factors affect the quality of photographs that we’ll only be able to make a proper comparison by testing real-world performance.

The battery on the HTC U11 is also significantly larger than the iPhone 7, with its 3,000mAh cell holding much more charge than Apple’s 1,960mAh battery. However, this doesn’t necessarily mean that the HTC handset will have a better battery life. That said, we were very underwhelmed by per-charge usage on the iPhone 7, so the HTC isn’t up against much here.

HTC U11 vs iPhone 7 Price: Which phone is better value?

When we originally reviewed the iPhone 7, it cost a lofty £599, highlighting the rapidly rising cost of tech in Britain following last year’s referendum. These days, you can pick up an iPhone 7 on Amazon for the slightly cheaper price of £579, although it’s hardly a significant price drop. 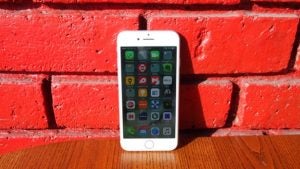 Unfortunately, HTC is selling the HTC U11 for a fair whack more – £649, to be exact. That’s not far off the phone’s rivals, mind; the LG G6 and Samsung Galaxy S8 price in at £649 and £689 respectively. But it means you’ll be forking out an extra £70 compared to current iPhone 7 pricing, so it’s worth weighing up your options.

HTC U11 vs iPhone 7 Summary: What’s the difference?

Design: Both the HTC U11 and iPhone 7 are attractive, but the HTC is arguably a little prettier and more modern. The two handsets are both waterproof too, although the HTC has a slightly more robust certification. The HTC is bigger, which is more common – so the iPhone 7 may suit people who are used to smaller phones instead.

Specs: The HTC U11 has a more pixel-dense screen, a processor built using more advanced technology, and a much bigger battery. However, the iPhone 7 has a wider range of storage options, and boasts excellent hardware/software optimisation. We’ll need to do a full HTC U11 review before settling on a proper verdict, however.

Which phone do you prefer – the HTC U11 or the iPhone 7? Let us know in the comments.