Imagine a personal coach, but instead of lecturing you on how to exercise they point out ways to improve your kill-to-death ratio in your favourite video game shooter – that is exactly what HP Omen is aiming for with its gaming laptops.

HP Omen announced a new update to the Omen Command Center during Gamescom 2019, which introduces multiple new services and features including Coaching.

Coaching is designed to improve the performance of players in video games, as it uses an AI-based tool (powered by Mobalytics) to collect all of your in-game data, analyse your strengths and weaknesses and then suggests key areas you should focus on to improve.

Eight core skills are highlighted by the coaching software including aggression, versatility and vision, with the Omen Command Center providing a visual indication of how well you score in each category.

Users are also given full control of the data, allowing them to filter out unranked or ranked matches, or view results for a specific multiplayer class if you fancy improving as a medic or assault playstyle.

HP is offering Omen users a whole year of free use, but after the trial expires you’ll have to start paying for the service. HP representatives said they’re yet to finalise pricing in the UK.

Don’t get your hopes up about finally winning a round of Apex Legends though, as the Omen’s Coaching service currently only supports one game: League of Legends. HP clarified it’s looking to add more game compatibility soon, and will be looking to support a wide range of genres rather than exclusively MOBAs. But for now, it’s a waste of time signing up to the trial unless you’re a League of Legend devotee.

The new update will bring a slew of additional features to the Omen Command Center too. The software will now be able to record and present the amount of time played on each game, which could well be a daunting thought for many gamers. 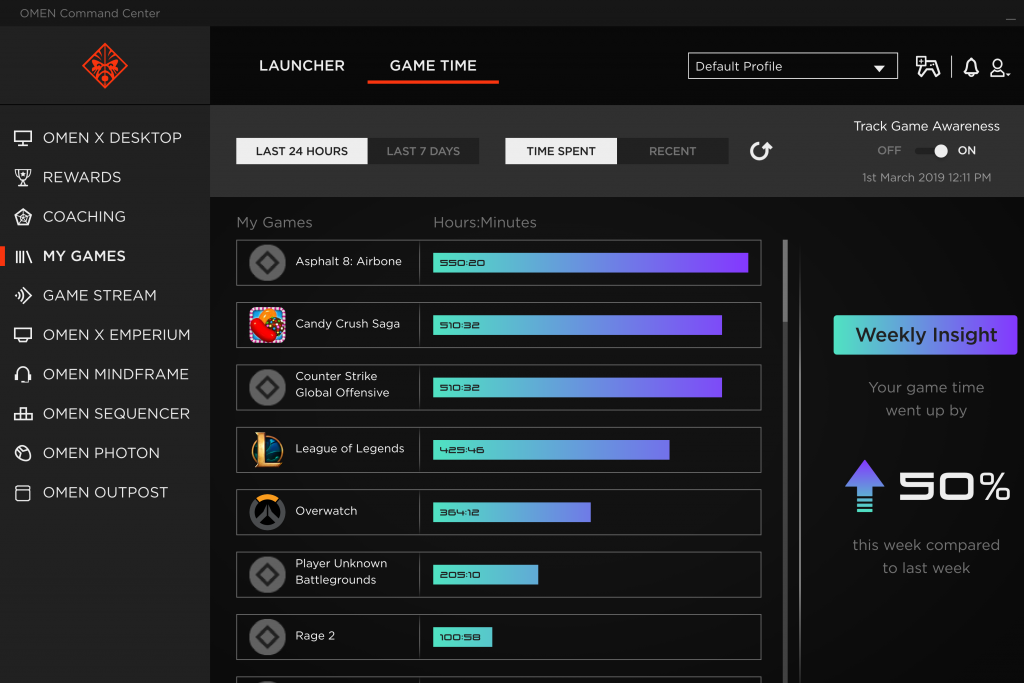 Like Nvidia’s GeForce Experience, the HP Command Center will also now pull in every game saved to the computer so you can start playing them in one location. This is very handy if you have games spread out across various stores such as Steam, Epic and Origin.

Finally, the HP Command Center looks to gift you physical and virtual rewards when you’re performing well in video games. These rewards can range from discounts on HP Omen products to tickets for eSports competitions. Users will be able to pick the challenges and objectives they fancy in a bid to claim these prizes.