HP has kicked off its 2017 with an impressive array of hardware, capturing the business, consumer, and gaming markets with three big launches. Here’s everything you need to know.

After last year’s ugly curved AIO, this year’s Envy is one of the finest-looking desktop PCs around. With a massive 34-inch panel, a tight 1900R curve, adjustable “floating” stand, and piano-black base, this is a PC that’ll stand out before you even switch it on. 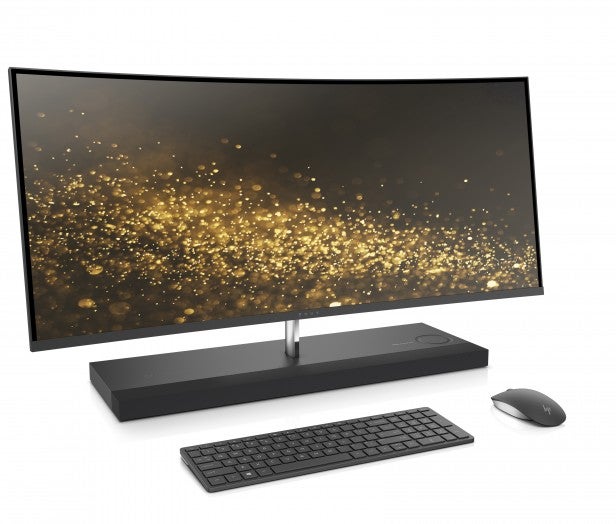 That screen is a “Ultra WQHD” panel, which denotes its 3,440 x 1,440-pixel resolution. It’ll cover 99% of the photographer-friendly sRGB colour gamut as well, meaning colours in photos and movies should be bright and punchy. All that sits atop a similar base design to this year’s flat-screen model.

There’s also a dedicated graphics card, with AMD’s Radeon RX 460 making an appearance. This is a card designed to play lower-end titles in Full HD; you’ll be able to get your Overwatch on with no problems at all.

The base doubles up as a soundbar, with four front-facing speakers which HP says were tuned by Bang & Olufsen. In addition to the four speakers there are two passive radiators for extra sound delivery and a touch-sensitive volume dial on top of the base. On the rear you’ll find an HDMI Out, HDMI In, gigabit Ethernet, and four USB 3.0 ports. On the right side there’s a USB-C/ThunderBolt 3 connector, a 3.5mm audio jack, and an SD card reader.

Related: Everything you need to know about Intel Kaby Lake 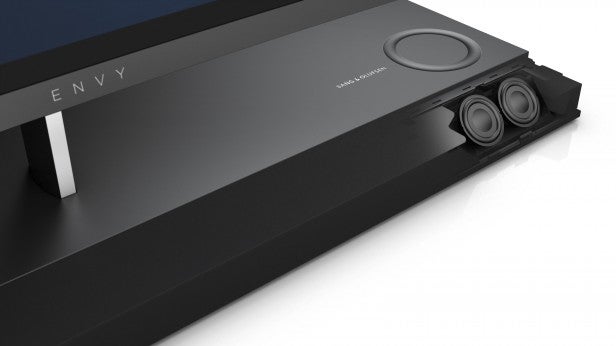 All models get 16GB of RAM and a combination of SSD and hard disk sizes, depending on region and retailer.

Pricing for the Core i5 model starts at £1,999 in the UK, with no price yet revealed for the top-end Core i7 model at the time of writing. It’ll be available at retailers including Currys PC World and John Lewis later this month.

Don’t fancy something quite as fancy? The updated flat-screen model costs substantially less, though we don’t currently have UK pricing or availability.

The Spectre x360 15 from last year has received a big update, with a switch to HP’s new black and copper styling and a smaller overall footprint. It weighs slightly more (2kg) than last year’s model and is slightly thicker (18mm), but with that you get a larger battery and more powerful internals. 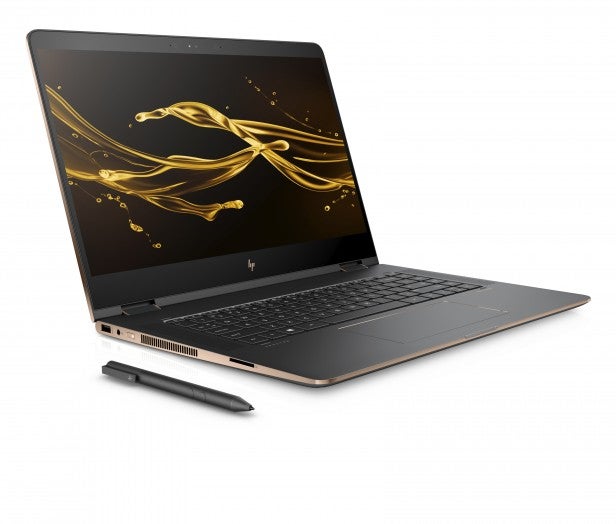 The x360 15 gets 7th-gen “Kaby Lake” Intel Core I7-7500U processors, Nvidia GeForce 940MX graphics for light gaming and 3D work, and super-fast PCIe SSDs with up to 1TB of storage. There’s also a large 79.2W battery that HP claims can last up to 12.75 hours and can be charged up to 50% in just half an hour. Plus, the display has been upgraded to Ultra HD, with no Full HD option available.

Pricing in the UK starts from £1,499 from Currys PC World, John Lewis and a few other UK retailers.

The EliteBook x360 is a new product line, and it’s impressive both in terms of design and security. Weighing in at 1.29kg and just 15mm thick, it’s one of the lightest 2-in-1s on the market.

The classy silver design isn’t outlandish but it’ll suit most desks. You get the latest Intel Core i7-7500U processor, 16GB of memory, and a 512GB PCIe SSD on-board, but that’s not where the fun is. 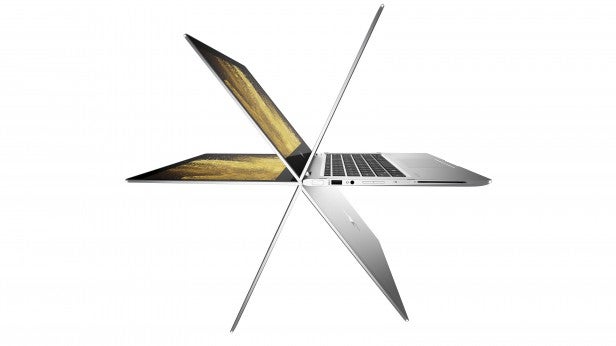 It’s the security features that stand out here. You get Intel vPro, which is par for the course among business laptops and makes it easier to protect and manage your device. There’s also a self-healing BIOS, which can automatically tell it’s been compromised and remove the threat before you boot into Windows. There’s an infra-red camera on the top, too, which supports Windows Hello’s log-in-with-your-face feature. There’s a fingerprint scanner as well if you prefer not to use your face.

There’s also a built-in privacy filter to stop a sneaky so-and-so sitting next to you from spying on your work. Simply hit Fn+f2 and the screen will block anybody who’s sitting 35 degrees or more around from the laptop from seeing what’s on your screen. This is a rare feature on laptops these days and could be very interesting as long as it doesn’t harm the viewing experience for the user. 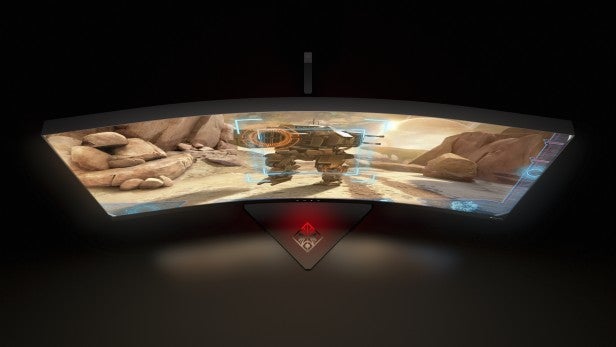 Finally, HP also launched a 35-inch gaming monitor, with a 3,840 x 2,160 resolution and super-tight 1800R curve. With contrast rated at 2,500:1, Nvidia G-Sync on board, and a height-adjustable stand, HP is targeting an enthusiast market with quite a lot of spare cash in their wallets.

Pricing will start at around €1,299, and a UK price hasn’t been confirmed yet. It’ll be available in March or April.

Let us know what you think of HP’s new devices in the comments.