It’s the second week of Season 6, and you know what that means? It’s weekly challenge time! The Season 6 Week 2 challenges have player visiting corrupted areas, using shadow stones, and dealing damage with different weapons. Interestingly, a lot of this week’s challenges can be stacked together for those low on play time. How nice.

Visit all the corrupted areas 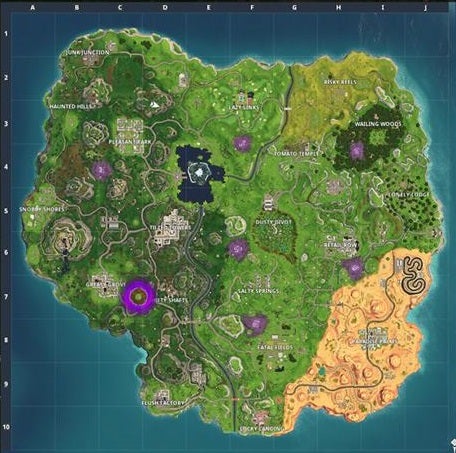 Is anyone else loving this season’s easier challenges? So for this one, all you need to do is visit each of the corrupted areas. For those who don’t know, these areas are the purple sections of the map, and each often contains between one and three chest spawns. They also contain the recently-introduced shadow stones, which grants the player a ghostly figure that increases movement speed. Keep that in mind for the next challenge…

Use a shadow stone in different matches

This should be simple enough. Just land in a corrupted zone and use one of the shadow stones. If you’re hunting out the corrupted zones for the first challenge this should mean you’ll be able to chase two challenges at once.

This is a tiered challenge with three different stages, it seems. Assault rifles are fairly common drops, so if you’re looking to get this done as quickly as possible, 50v50 is the way to go, as you’ll be able to use your team for backup and spray into large groups of enemies on the opposite team.

Again, 50v50 is going to be the best mode for this. You could easily get this is any mode, but for the same reasons outlined above, 50v50 is the optimal game mode.

When it comes to burst damage, it’s best to keep to mid-to-long range. Sure, you can kill people up close with an auto assault rifle, but if you’re using the burst, chances are you won’t be able to hit the DPS target should you go up against someone with a shotgun or SMG.

Another note: If you can, aim to pick up the FAMAS over the generic burst AR. Trust us, the FAMAS is vastly superior.

And this is the part where this challenge gets tough. Silenced ARs aren’t a common drop, unfortunately. Meaning it’s going to take a few matches to find one. For the highest chance of finding one, head to everyone’s favourite blue house in Salty, or to any of the corrupted zones, as these areas all contain a stellar amount of chests.

The upside, however, is when you do find one the silenced AR packs a lot of stopping power. So expect to have this one finished in one or two matches tops. 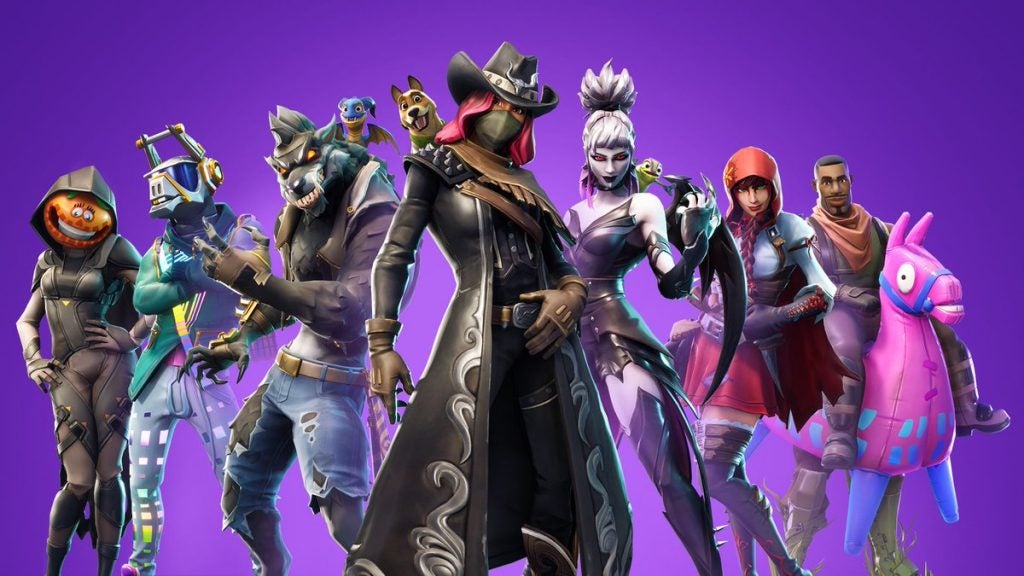 Eliminate an opponent from at least 50m away

While you can do this with an assault rifle, snipers are much more reliable when it comes to insta-killing someone at range. If you’re not the greatest sniper on the planet, just grab a hunting rifle. It may not have the stopping power of sniper rifles, but it’s much easier to use, and you don’t lose sight of your surroundings when you aim down the sights.

Deal damage with pistols to opponents

Go to Salty Springs, grab a pistol (or silenced pistol), head to the blue house, then let rip on anyone you see. If you hate pistols, play a group game mode and down someone, then switch to your pistol to finish them off. It should still count the damage and you won’t need to worry about missing your shots as much.

The SMGs are still fairly over-powered, which is great if you’re looking to blast through this challenge. If you can grab a P90, anyone within range will drop like a sack of spuds. Failing that, the standard SMG still boasts enough power to drop most players at mid-to-close range. Just grab one then spray and pray.

If you’re working on the 50m away challenge, it might be worth stacking the two together. Don’t worry too much about finding the right vantage point, and instead focus on camping the top of the building or player-built structure. When you see someone, line up your shot carefully then fire. Just keep in mind the trajectory of hunting rifles works more like an arrow than a bullet. So aim slightly higher than where you’re aiming for if you’re firing from a distance.

Or, like with the pistol damage challenge, down, switch, profit. Hey, if it works, it works.

Okay. So. If you know how to use a sniper you’ll be fine with this one. Find a sniper perch, aim for the head, get the kill. If not, it’s recommended to stick to the cheesy tactic: Down a player, switch to the bolt-action, shoot them in the face.

Much like the suppressed AR challenge, the hardest part here will be finding it. The heavy sniper drops in both purple and gold variants, so don’t expect to find one the moment you load in. Land Salty or the corrupted zones for the highest chest chances, and don’t forget you have the option to down an opponent then switch to the heavy to fire off some damage.
If you manage to find one, one headshot should drop most players. You can expect this to take somewhere between one or two matches to complete.

As always, if you’ve got any burning questions about season 6, be sure to check out our Fortnite Season 6 hub. Or if you’ve yet to finish the week 1 challenges we’ve got that covered, too.

And finally, you can always stay up to date with all the latest Fortnite news by following us on Facebook and on Twitter @TrustedReviews.