Sky is a big believer in new technologies – from 3D to 4K, they’ve been at the forefront of bringing new formats to broadcast TV, the latest being Dolby Atmos.

The object-based surround sound technology has been around since the early 2010s, but if you’ve sampled it, it’s likely been within the four walls of a cinema and not in your living room. 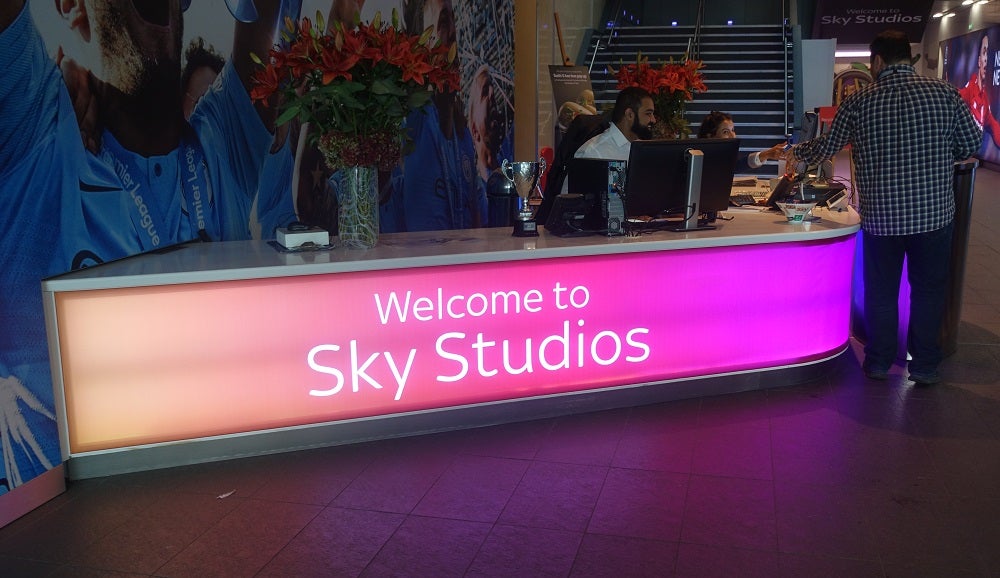 Sky, however, isn’t fazed by that, and has been building up its library of Atmos content. From its selection of films on Sky Q, to delivering Premier League football and the Isle of Wight music festival in 4K Atmos, the more content Sky broadcasts to the public, the more awareness they feel it will raise to create a rise in demand.

And with Atmos, Sky isn’t just focusing on the big events – the latest series of Portrait Artist of the Year has been the recipient of an Atmos upgrade.

We went behind the scenes at Sky HQ last October with Sky’s John Cochrane, Dolby’s Rob France and Portrait’s dubbing mixer, Finn Curry, to see how the broadcaster and Dolby are working together to enhance the experience for viewers at home.

Out of all the programmes Sky produce, you’d expect Atmos to be applied to a more exciting, “wham bam” kind of show than the Portrait Artist of the Year.

But Sky isn’t necessarily interested in just doing the obvious. As Rob France, the head of home content engineering at Dolby, alludes to, “nobody in the world is doing the range of content that Sky do in Dolby Atmos”.

And instead of getting a third-party to do it for them, Sky has taken on the challenge of creating Atmos content within the confines of its own Dolby-certified mixing room at its Isleworth HQ. 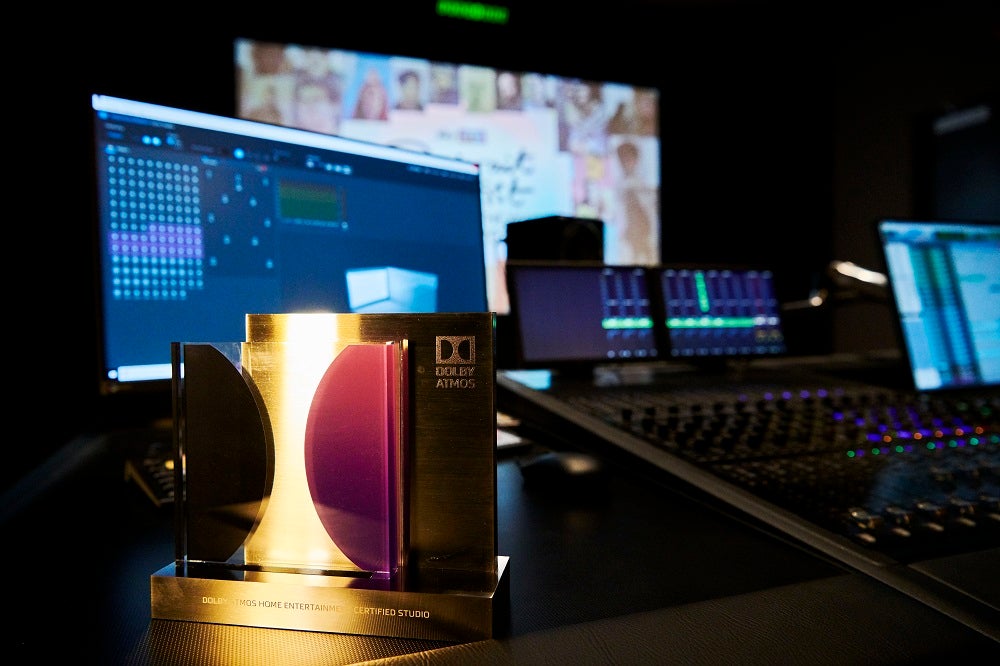 During an expansion of Sky’s facilities in 2018, John Cochrane, the audio team manager at Sky, and Kevin McCue, head of technical innovation and facilities at Sky, had a conversation about what they could do with more space and saw an opportunity to do more. When it came to do the room requirements, Cochrane says, “rather than just push for what we need now, let’s put in what we might need in six, twelve, eighteen months’ time.”

The result is a fully floating room within a room, which traps in noise to leave the nearby Sky Creative production offices unburdened by what’s happening in the room. 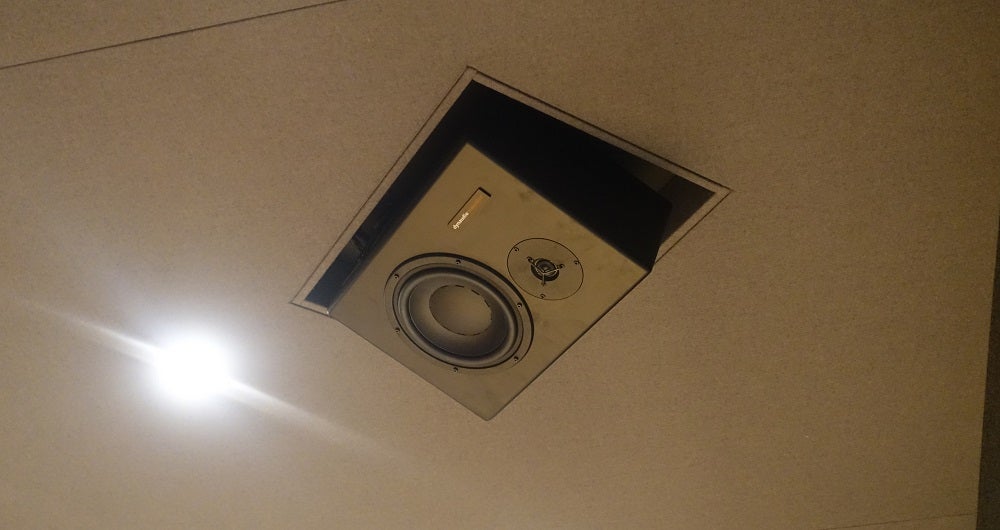 Some of Sky’s facility’s in-ceiling speakers

Aside from the wood-panelled floors, the walls are blacked out with the speakers in a 7.1.4 configuration. At the back is a (very comfy) couch, with a mixing board in the middle and a projector screen front of house. Interestingly, the set-up supports HDR playback, but that’s also with eyes on future.

As mentioned, Sky has had experience with Atmos in its coverage of the Premier League, the Isle of Wight music festival, as well as the royal wedding. It seems the latter gave the team at Sky the impetus to extract as much from the audio as they were doing with the 4K picture.

With the royal wedding taking place in a cathedral, it gave Sky access to naturally beautiful sounding spaces, and 5.1 stereo wasn’t able to bring across the sensation that Atmos can – of  bringing you into that space and putting you in the feeling of being there. With regard to Portrait Artist of the Year, which takes place in a number of environments, that feeling of what the contestants are feeling and hearing around them. 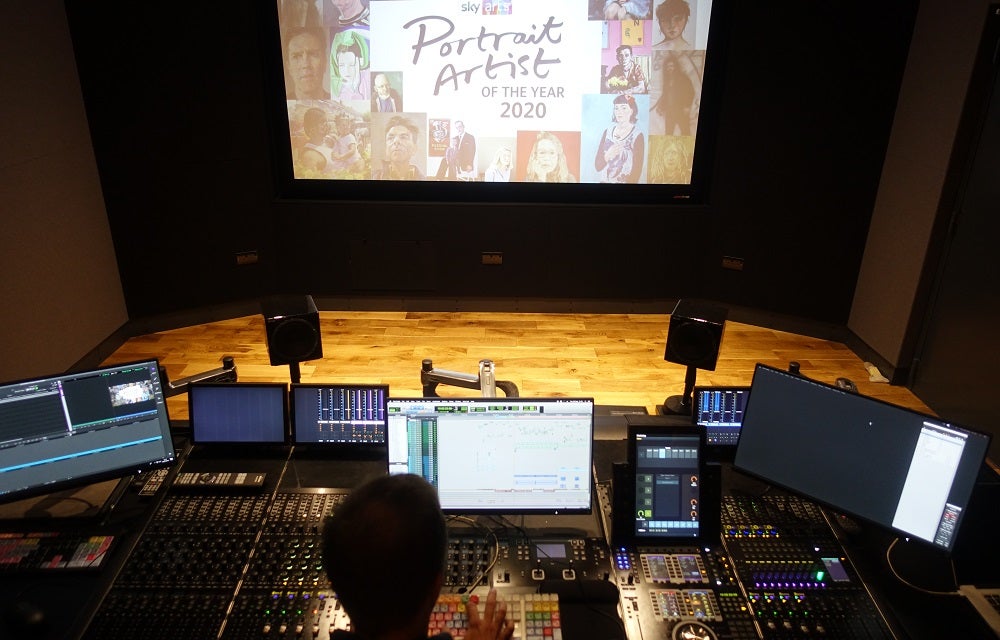 Finn Curry at the mixing desk

It works with the small glimpse we got to hear. As the lights dim, dubbing mixer Finn Curry takes over and plays a clip of Stephen Mangan and Joan Bakewell shepherding a group of contestants through proceedings with the heights engaged, and repeats it with different settings to isolate aspects of the mix.

Related: Behind the scenes of Dolby Cinema at the Odeon Leicester Square 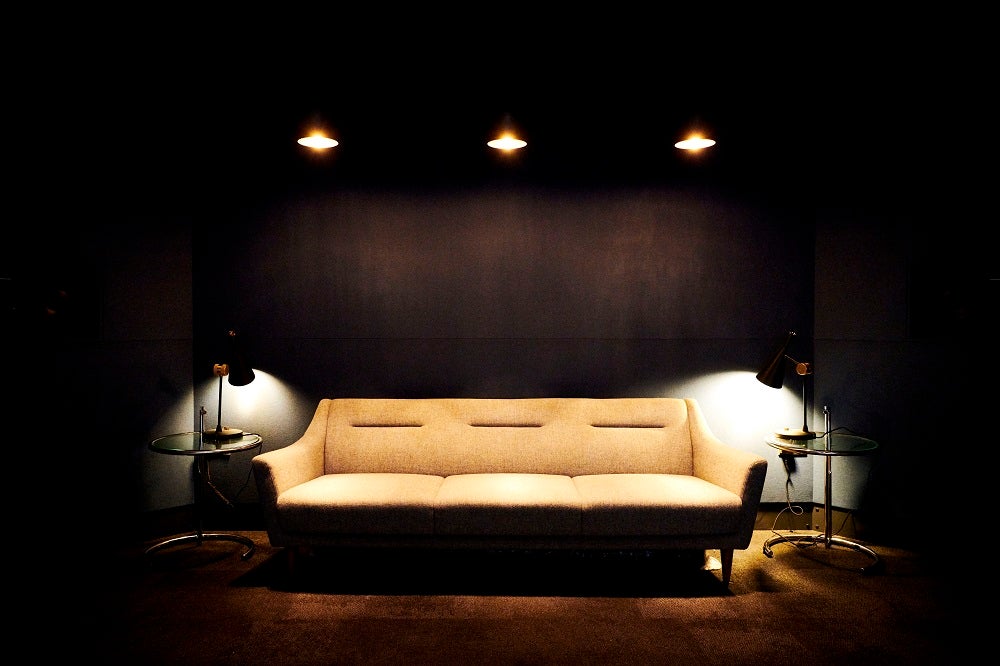 But this was just day one of the mix and it was still about finding a balance for the show. As Curry elaborated, “it’s about finding the right role for the space. Not too much, but not too little all the same.”

“The object based way of mixing and working provides a level of subtlety that doesn’t exist elsewhere. For us to utilize that a little more extensively, some things such as car passes and be able to move the sound. You can get [a] sense of the sound, it can become that much more subtle, and it’s very fun”, as Cochrane explains.

That emphasis on subtlety was reinforced throughout our time in the mixing suite and falls in line with what Sky are looking to do in this space. As Cochrane reaffirmed, “let’s see if we can get more value out of this and deliver a better experience. And we feel [the show] absolutely warrants it, and even shows that are much more subtle like this can convey a much better experience through the Dolby Atmos mix.”

“What matters is that we deliver the best we can”

It was fascinating to view the process, to see and hear all the considerations that factor into a production, like the fact that a performer mumbling may require the volume being turned up, but there are legal limits to how loud you can be for a TV broadcast.

All this tallies up with manufacturers and broadcasters taking sound seriously again, whether that’s with TVs, wireless speakers, headphones or smartphones. The likes of LG, Panasonic, Philips and Sony have placed an emphasis on TV audio, as has Amazon, with its Echo Studio wireless speaker and support for 3D audio. The likes of Tidal support Atmos and Deezer backing Sony’s 360 Reality Audio respectively. More people are thinking about how they hear than before.

The Dolby and Sky partnership looks set to continue for a while, and it’s one that looks to bring more Atmos content to audiences. As Rob France lets us know, “we’re just pleased to be playing our part in helping bring audio back to the forefront of the ultimate experience”.

The Portrait Artist of the Year 2020 is currently showing on Sky Arts every Tuesday from 8pm.