Now that the Honor 10 is official, some Honor 9 owners will be asking themselves whether it’s worth the upgrade – which can be a difficult decision to make. Don’t panic, though, for we’re about to run through the differences between the two.

The Honor 10 and Honor 9 couldn’t be more dissimilar. The 16:9 screen has been replaced with an edge-to-edge 19:9 screen, complete with an iPhone-style cut-out at the top (dubbed a ‘notch’) that’s used to hide several indispensable components. But the changes don’t end there. Honor has taken a leaf out of parent firm Huawei’s book, streamlining the capacitive Home button and stripping the amount of dead space surrounding the screen, to increase the screen-to-body ratio to 86%.

Just like the Honor 9, the Honor 10 has a horizontal dual-camera setup on the rear. Honor has tidied up the design of the module a bit, though, and made a number of significant changes under the hood – I’ll touch on them in a little bit.

In terms of the handset’s construction, the Honor 10 sports the same metal-and-glass build as the Honor 9. It does, however, come with a nano-scale optical coating that makes the Phantom Blue hue shimmer, according to Honor. 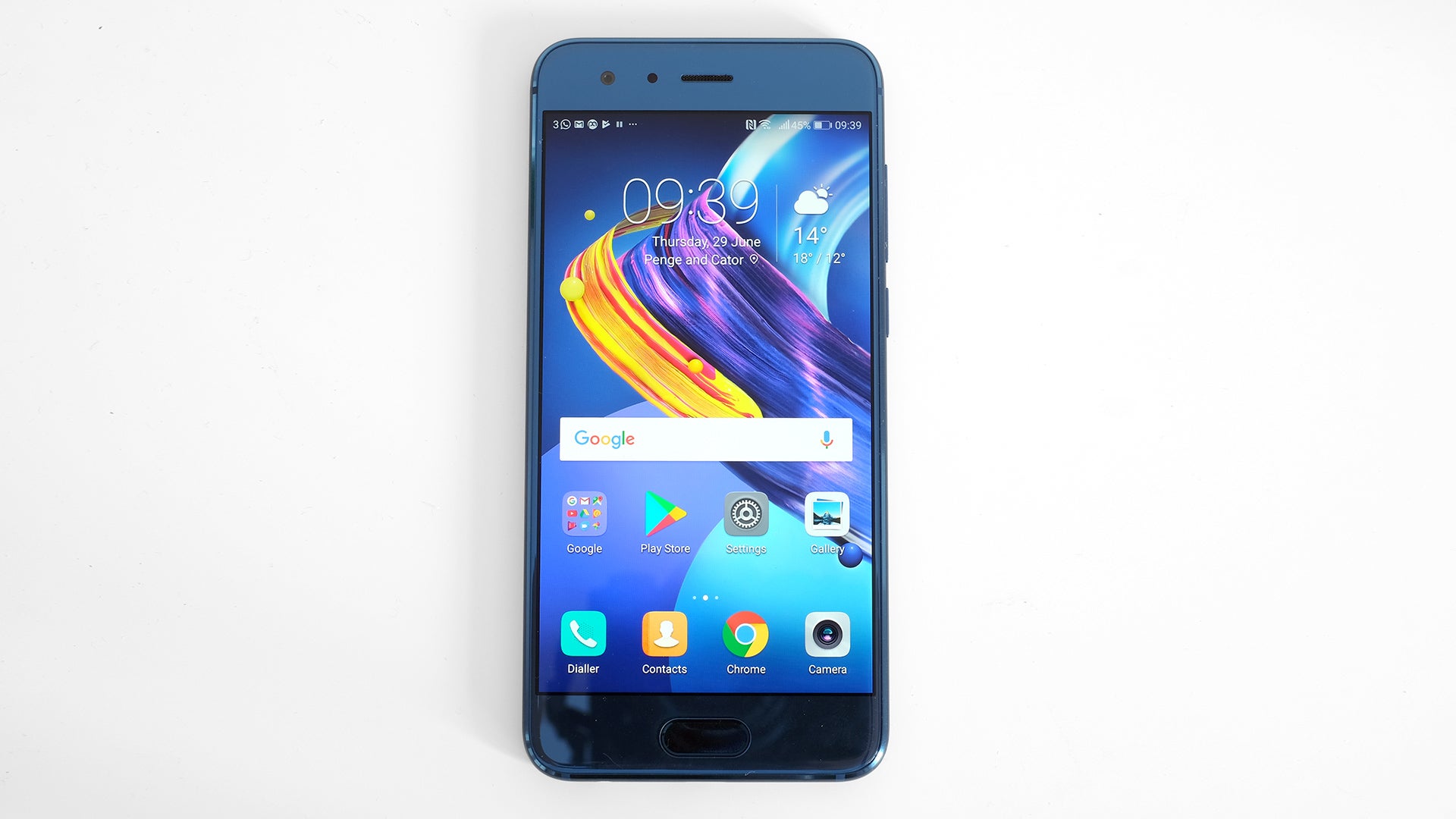 But the pièce de résistance is the Honor 10’s ultrasonic fingerprint reader. It’s harboured under the Home button, which is nestled below the 5.8-inch FullView screen, letting users unlock the handset by resting their finger on it for no longer than a few seconds.

Honor 10 vs Honor 9 Specs: Which is more powerful?

The Honor 10 features the same storage setup as the Honor 9 – there’s 4GB of RAM and 64/128GB of internal storage. That’s where the similarities end, though: the 2018 flagship introduces a new HiSilicon Kirin 970 CPU and a revised dual camera. The camera itself comprises of a 24MP and 16MP sensor, building on the 12MP and 20MP sensor setup on the Honor 9. That’s bolstered by an artificial intelligence engine, which, like the one found on the Huawei P20, optimises images in real time.

The Honor 10 ships running Android 8.1 Oreo out of the box, skinned with Huawei’s love-it-or-loathe-it EMUI interface, which is licensed to the Honor brand. The Honor P9 came with Android 7.0 Nougat when it hit the shelves back in 2017. 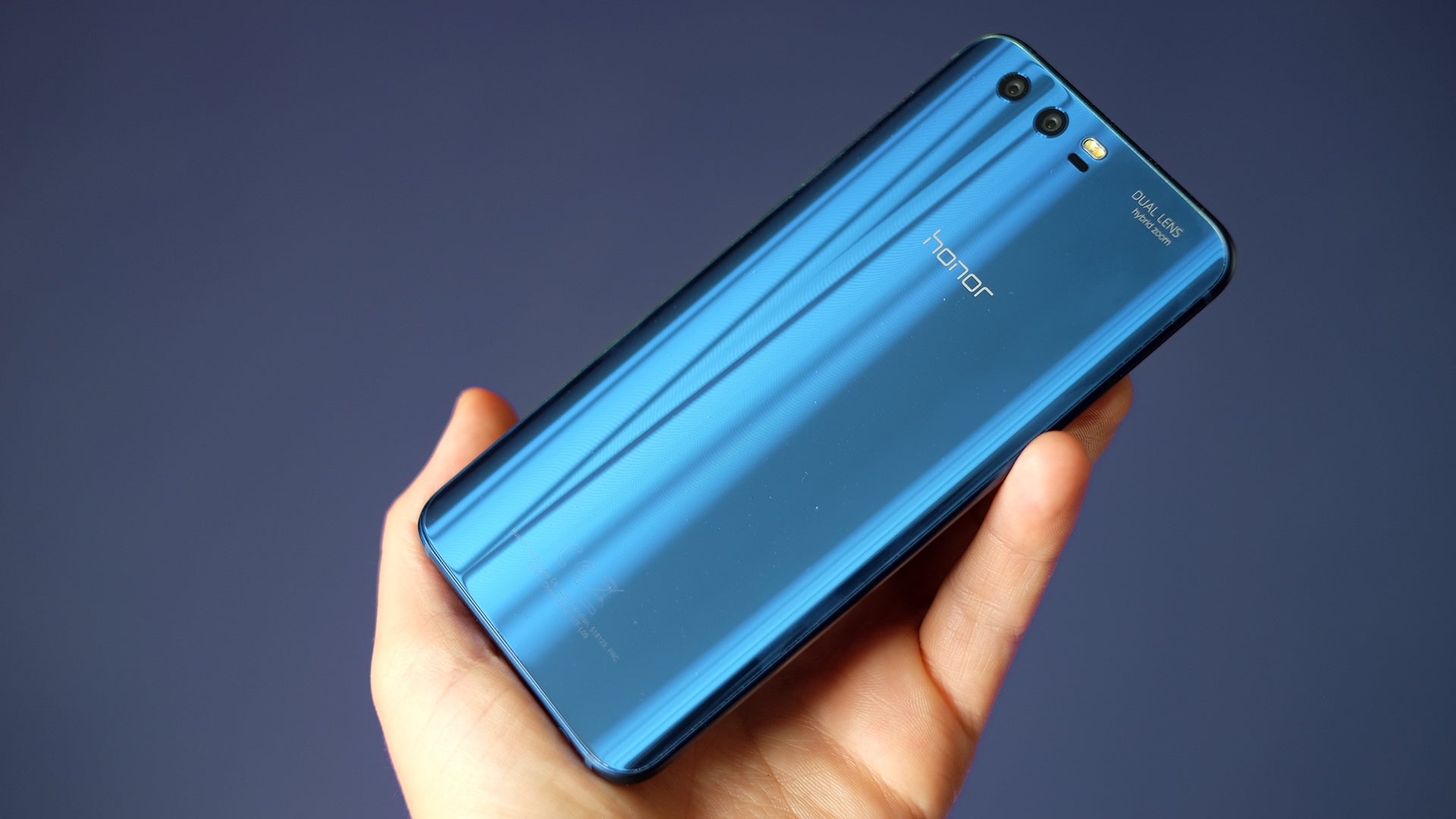 Here’s a full breakdown of the internal differences between the Honor 10 and Honor 9:

Design: The Honor 10 is a huge step up from the Honor 9 from a cosmetic standpoint. It comes with a ‘notch’-blighted screen – something that’s become a trademark of high-end smartphones – as well as a souped-up dual camera and an in-screen fingerprint reader.

Specs: While it isn’t the major upgrade you might have thought, the Honor 10 still gets a leg up in the specs department, thanks to its more modern Kirin 970 CPU and revised camera tech. It also ships running the latest consumer build of Android.