Another year and another Bristol Show. Though the event has dropped the ‘Sound and Vision’ tag to make clear its focus on hi-fi, there was still plenty to see and hear at the annual event.

The Bristol Hi-Fi show is the UK’s largest consumer and trade show for audio products, with efforts that ranged from the uber-expensive to the rather affordable. Trusted Reviews was there to sample the delights.

Here are some of the highlights that caught our eye during the show. 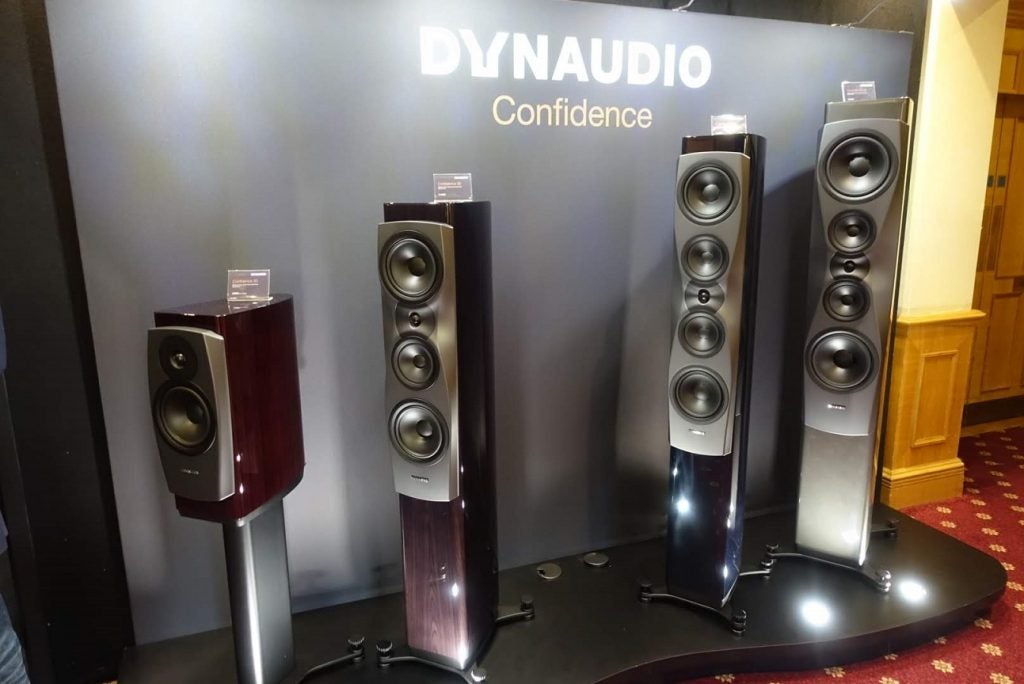 Dynaudio came to Bristol armed with two new speaker ranges in the Confidence and Evoke. The Confidence is a complete revamp of the original with new improved features, including an update of the brand’s DDC (Dynaudio Directivity Control) technology.

The Evokes are Dynaudio’s newest family of speakers. The modus operandi here is high-end performance for every room, whether it’s your home cinema, listening or bedroom. It’s a five-strong lineup that can count the Evoke 50 and 30 floorstanders: Evoke 20 and 10 standmounters and the Evoke 25C centre speaker among its number.

It’s out in Europe in February, and in other markets in April. 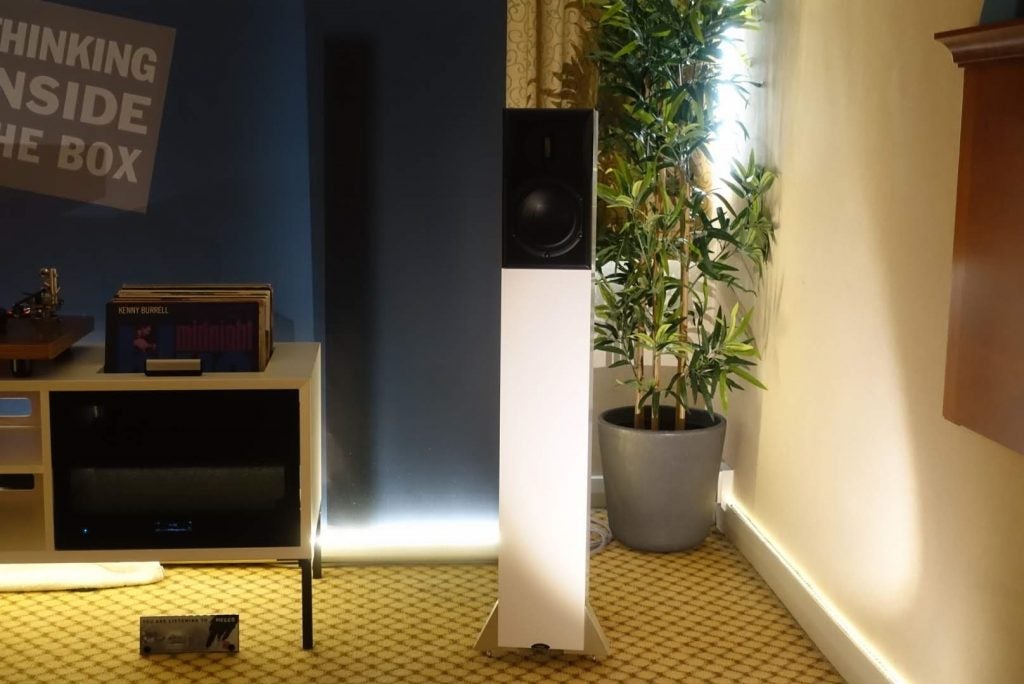 Neat are no strangers to thinking outside the box and the Ekstra is another intriguing effort.

Shaped like rocket with its protruding speaker feet, the Ekstra is a slim speaker that’s ideal for tighter spacers. The speaker incorporates the concept of the iso-baric bass loading into its frame, with its two 134mm bass drive units located in the speaker’s bottom section.

One unit is located on the bottom panel, while the other unit is directly above, sealed in an iso-baric section. Neat claims that arrangement should make for deeper, more controlled bass. Initial impressions would confirm that the Ekstra’s are rather rumbly for such a narrow speaker. 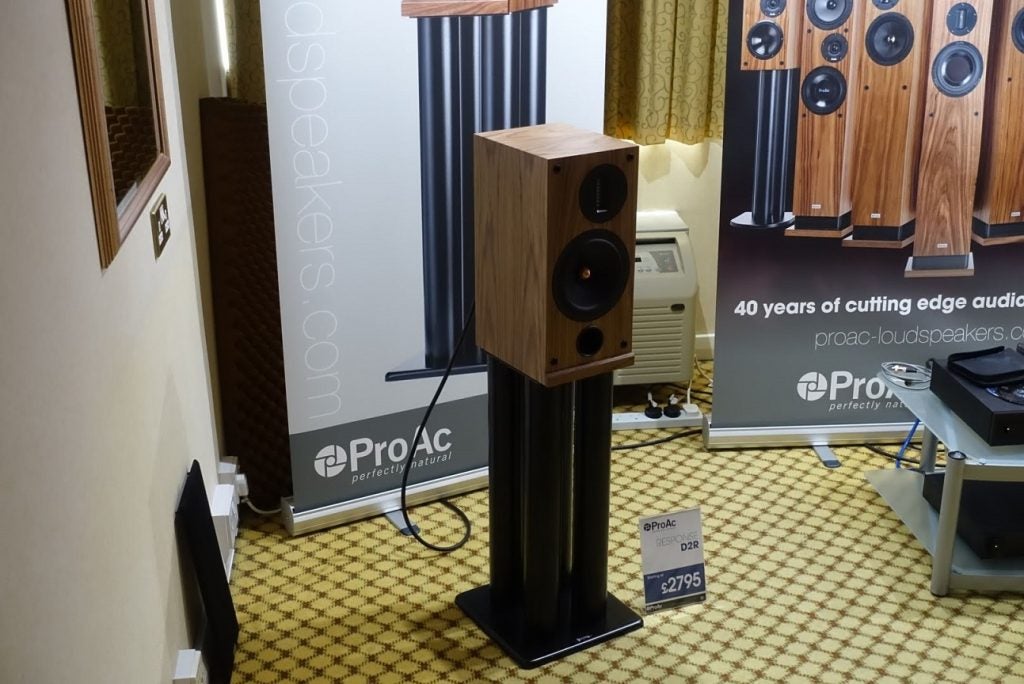 ProAc came to Bristol with its new Response D2R and K6 Signature speakers.

The K6 Signature is the new Stewart Tyler designed addition to the flagship K Series, offering high-end sound. But it was the long-gestating D2Rs caught our eye the most.

The D2Rs are the ribbon tweeter loaded version of the popular Response D2 standmount. Our first impressions of the D2Rs? That they have a very pleasing and entertaining sound that holds your attention. 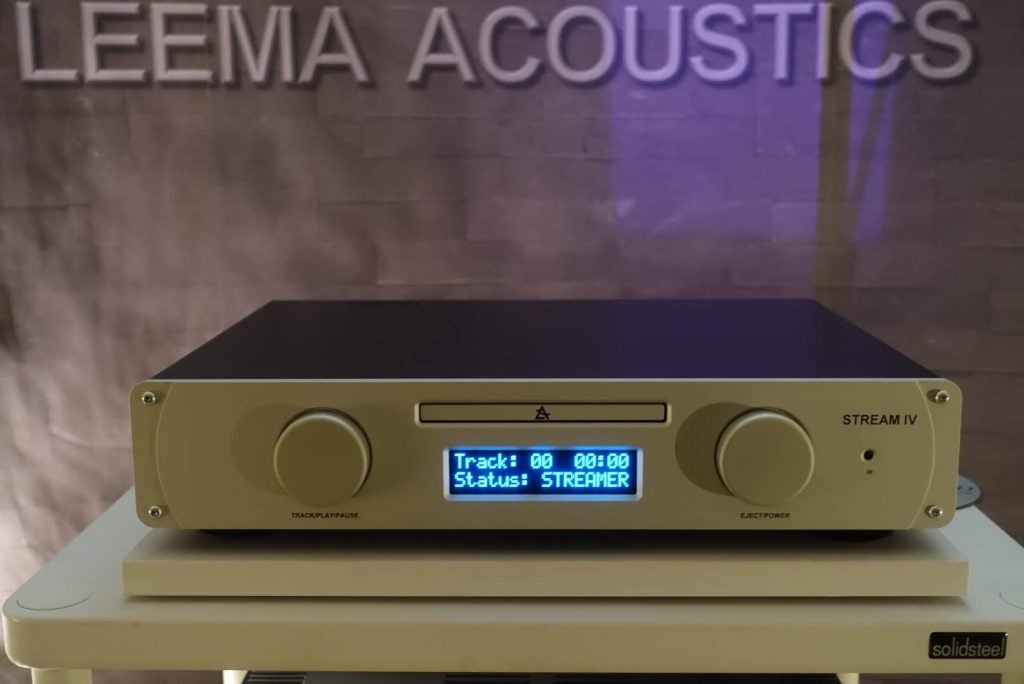 The Leema Stream IV offers CD player functionality, perfect for those who want the best of both physical and digital worlds. It’s capable of handling most formats up to 24-bit/192kHz, and can play audio from a NAS drive or DLNA/UPNP device.

It boasts dedicated control apps for Android and iOS, and if you’re using a rooted Android device with Bubble UPNP and open framework installed, it’s possible to play content from Spotify and Napster by re-streaming the audio via Wi-Fi. 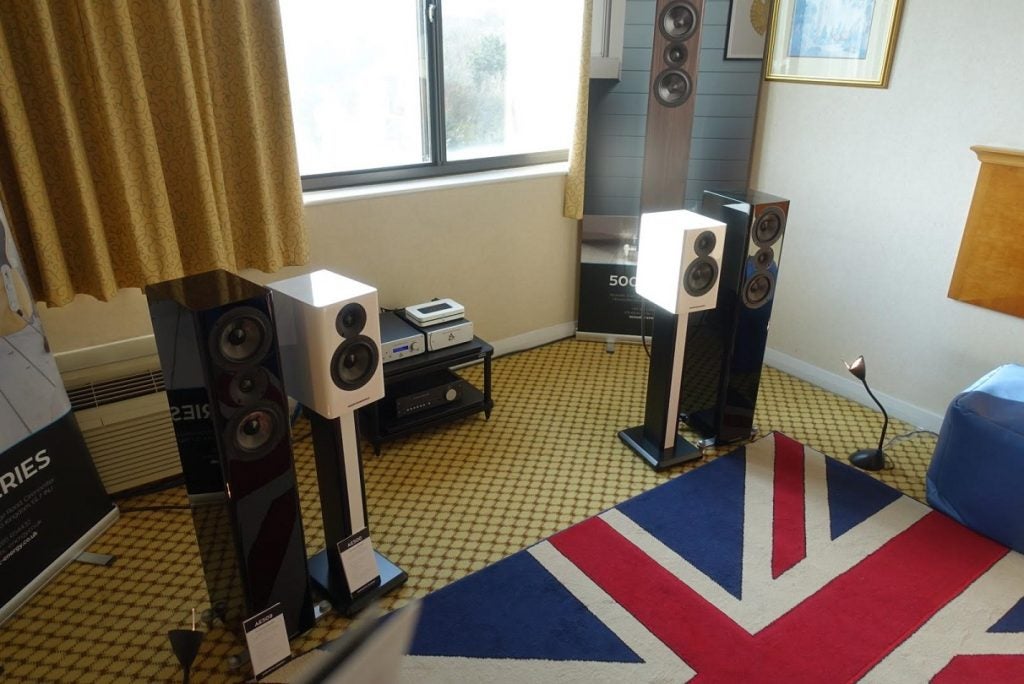 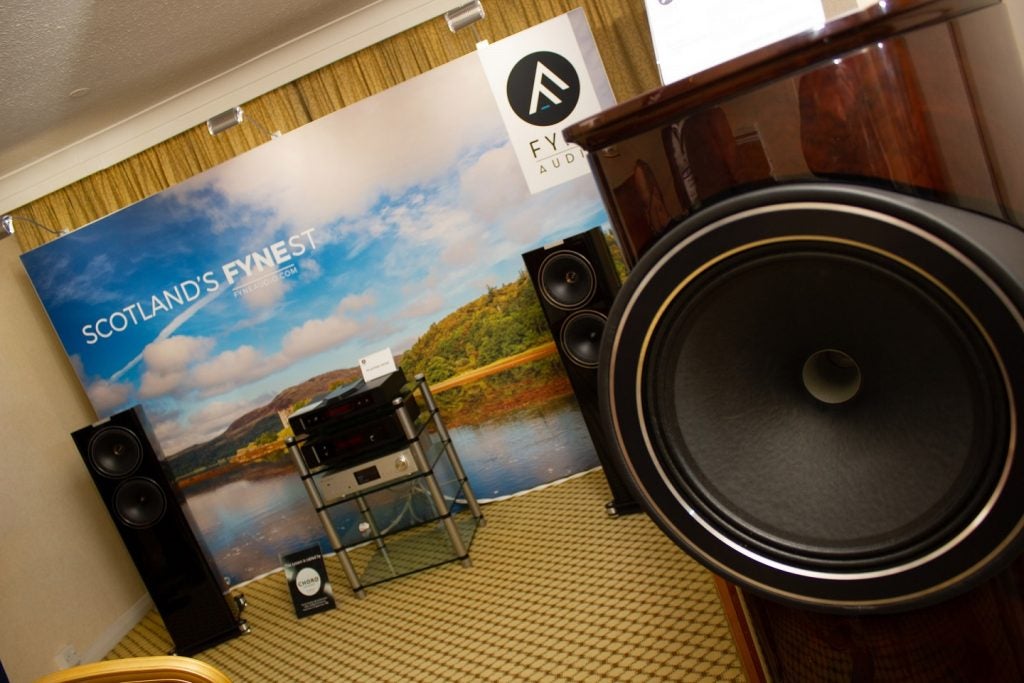 Scottish loudspeaker company Fyne Audio are relatively new, but have a long history in the field due to many of its staff having worked at loudspeaker brand Tannoy.

At the Bristol Hi-Fi Show they showed off their F702 loudspeaker and the extravagant looking F1-12 flagship speaker.

Inside the F1-12 is the company’s proprietary IsoFlare driver that’s able to produce consistent stereo imaging even when the listener is off axis. The F702 is a luxury, glossy speaker packs in a 200mm IsoFlare drive unit, with low frequency output boosted by a matching bass driver. 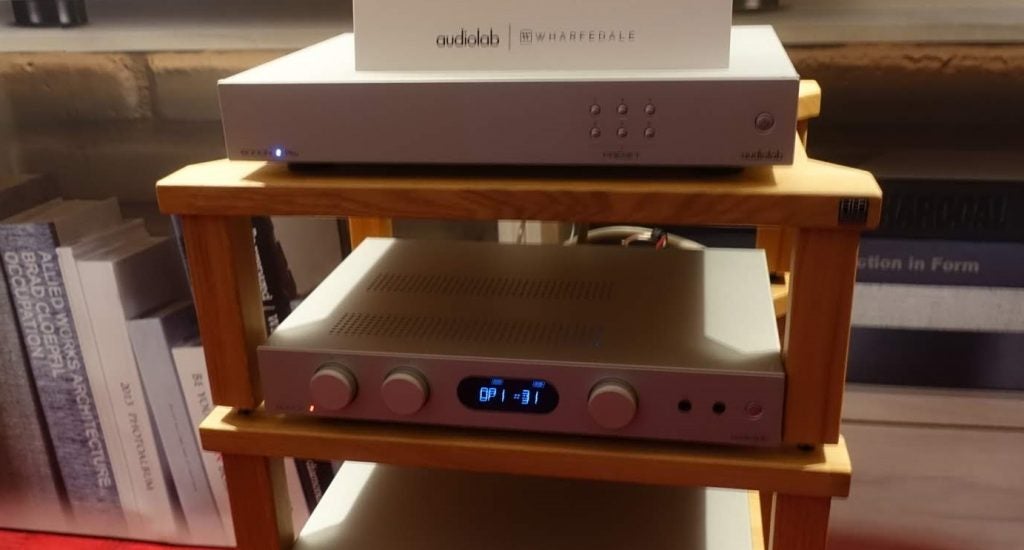 The 6000N Play is a wireless steamer and the newest member of Audiolab’s 6000 Series.

The 6000N Play features DTS Play-Fi for high-res audio playback or multi-room functionality. You can also stream from smartphones, other mobile devices and NAS drives. It’s due for release in the next few months. 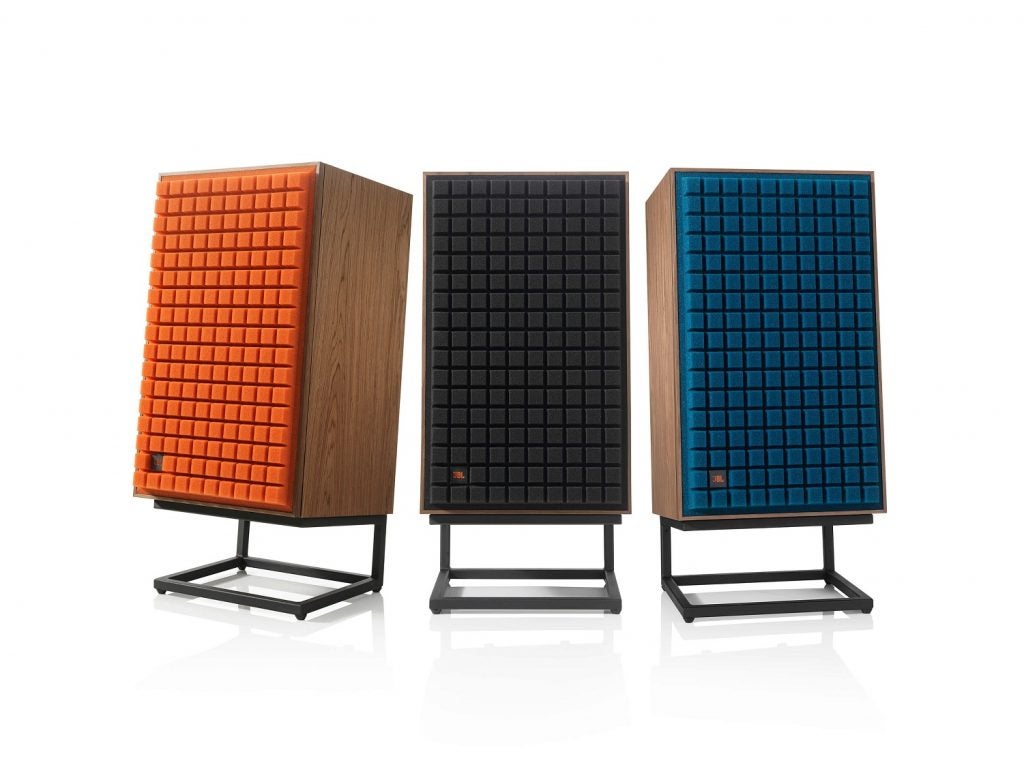 A long time ago (1970 to be exact), JBL launched its L100 loudspeaker in Chicago. It went on to become the brand’s best-selling speaker.

JBL showcased a modern interpretation of the speaker in Bristol. The L100 Classic is a retro-styled effort, with a Quadrex foam jutting out its housing and with a new 25mm dome tweeter.

Available in three colours (black, orange or blue), the new L100 Classics were one of the more attractive speakers we saw at Bristol. 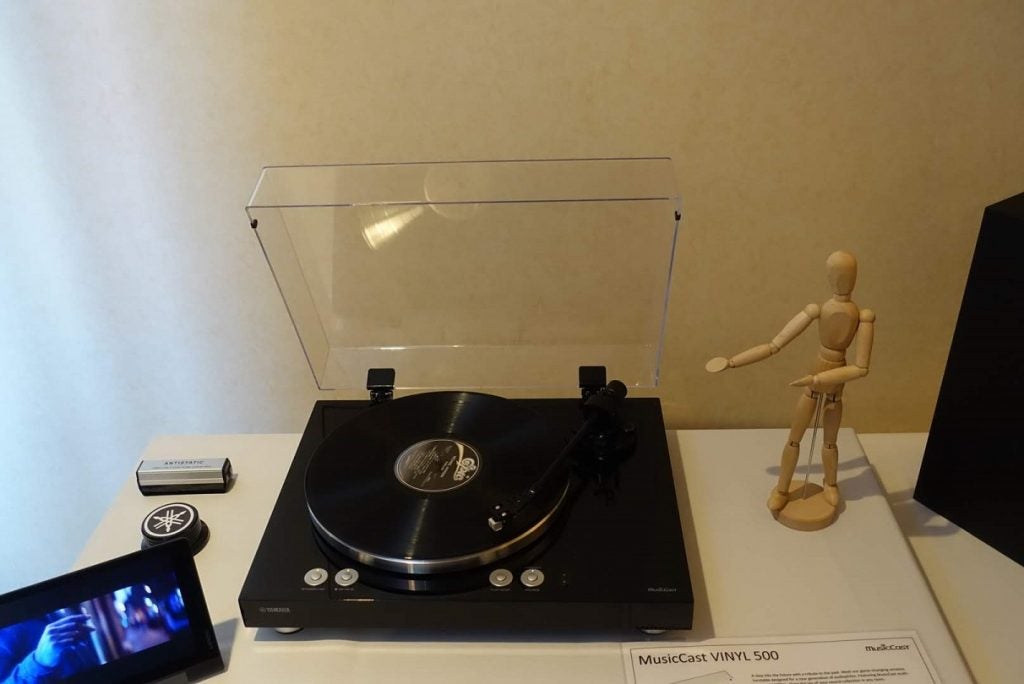 Even though the MusicCast VINYL 500 launched late last year, it still was shown at the show. The belt-driven VINYL 500 is part of the recent trend of turntables with built-in wireless connectivity, as the VINLY 500 boasts AirPlay, Bluetooth and 2.4 and 5GHz Wi-Fi bands.

As part of Yamaha’s MusicCast series, you can send audio wirelessly from the turntable to a compatible speaker. Through the app there’s access to Deezer, Spotify and Tidal music streaming services.

It can support audio up to 24-bit/192kHz and DSD p to 11.2 MHz. If that’s not enough to fill your boots, there’s also Amazon Alexa voice control.

Were you at the Bristol Hi-Fi show 2019? Let us know what you thought of the event on Facebook or Twitter @TrustedReviews