Huawei is one of the biggest names in the tech business, but it was sent reeling by Google’s Android ban. Will it come out swinging at its major launch event? Here’s everything we’re expecting the tech giant to bring to the table.

The big announcement at the Huawei event in Munich on September 19 is sure to be the new Huawei Mate 30 series of smartphones. The phones presence was confirmed in advance by Huawei via a tweet. But we expect that this big unveiling will be accompanied by a few more tech treats — possibly including some new wearables, tablets, and a new Smart TV (according to Android Headlines). Following the Android ban controversy, the elephant in the room is: what operating system will the devices run? Huawei’s own-brand HarmonyOS could take centre-stage. 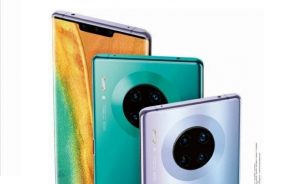 The Huawei Mate 30 will undoubtedly debut at the event, with the intriguing tagline, “Rethink Possibilities”. There are three potential devices in the range: the standard Mate 30, along with the Pro and Lite versions. It’s expected to run on a Kirin 990 chip, which can pack in a 5G modem, and the camera set-up could even improve on the Huawei P30 Pro which we rate as the best camera phone on the market. 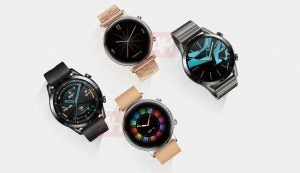 The Huawei Watch GT 2 will reportedly appear at the event. It will reportedly have two case sizes: 42mm, and 46mm. Both versions will be powered by a Kirin A1 chip and water resistant to 50m, but at least the smaller device will not have a microphone or LTE connectivity. From the images, we can see that it has a circular traditional design similar to the Samsung Galaxy Watch, rather than a rounded square like the Apple Watch 5. 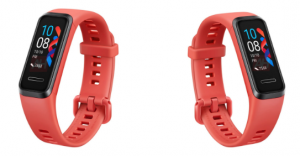 The device pictured above is currently going by the code name “Andes”. It evidently has heart rate and SpO2 sensors, while the coloured band unclips to reveal a USB connector for charging. It will presumably act as the successor to the Huawei Band 3 Pro fitness tracker, which we awarded 4.5 stars out of 5 for its excellent battery life, screen, and built-in GPS. 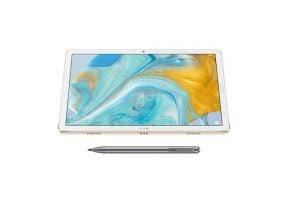 A new tablet is also expected to be unveiled, and it’s most likely to be the Huawei MediaPad M6. This device was first announced in June, and is already available to buy in China. It’s set to feature a Kirin 980 chip and is most likely to run the Android OS, but without access to Google apps or the Play Store. 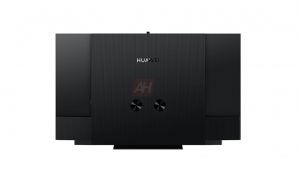 Huawei might also unveil a smart TV at the event. The brand has already launched the Honor Vision TV in China, and it was one of the first-ever devices to run HarmonyOS software. It seems that Huawei is now preparing to launch a product with similar specifications under its own name. The set looks to have a pop-up camera to enable video calls on the big screen, and we fully expect to see it boasting an Ultra HD resolution.