Back in 2014, Microsoft introduced the Surface Pro 3, which was supposed to debut alongside a smaller tablet, known as the Surface Mini.

Alas, Microsoft CEO Satya Nadella and former Nokia CEO Stephen Elop decided to pull the plug on the Mini just a few weeks prior to its scheduled launch.

But now images of the device have emerged, as Windows Central has managed to get its hands on shots of the tablet.

The tablet itself was an 8-inch device, sporting a 1440 x 1080 screen, along with a Qualcomm Snapdragon 800 processor, 1GB of RAM, and 32GB of storage packed inside.

In terms of design, it seems Microsoft decided to house the tablet in what Windows Central calls a “soft and felt-like” material that almost seems like a case, but is actually a non-removable part of the outer casing. 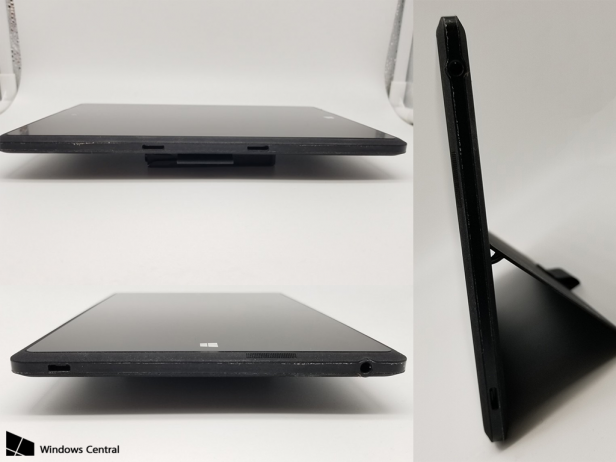 There’s also the usual kickstand on the Surface Mini, alongside slightly angled edges, making for quite a large bezel around the screen.

The tablet’s ARM chip meant it would have run the now discontinued Windows RT, with numerous ports including a microSD card slot, a headphone jack, a Micro-USB port for charging, and USB-OTG.

It was also designed to support Surface Pen, with Microsoft planning to promote note-taking as one of its main selling points.

However, unlike the larger Surface Pro range, the Mini didn’t come with a Type Cover. 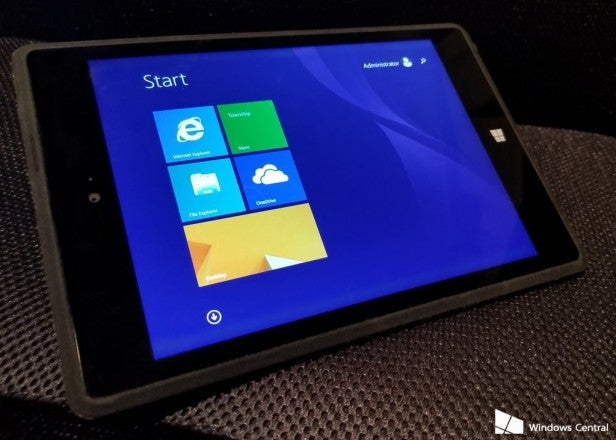 Back in February of 2014, Microsoft’s Chief Financial Office (CFO), Pete Klein, talked about the company’s vision for the tablet.

“We’re really set up [for making a 7-inch tablet]” Klein said at the recent Goldman Sachs Technology and Internet Conference.

“The notion of flexibility and the scalability of the operating system is actually intrinsic to our vision and our strategy.”

Unfortunately, it seems Microsoft’s executives didn’t see the 8-inch tablet as a worthy pursuit, which in hindsight was probably a smart decision, considering how those types of tablets have performed in recent years.

Would you like to have seen the Mini make it to market? Let us know in the comments.